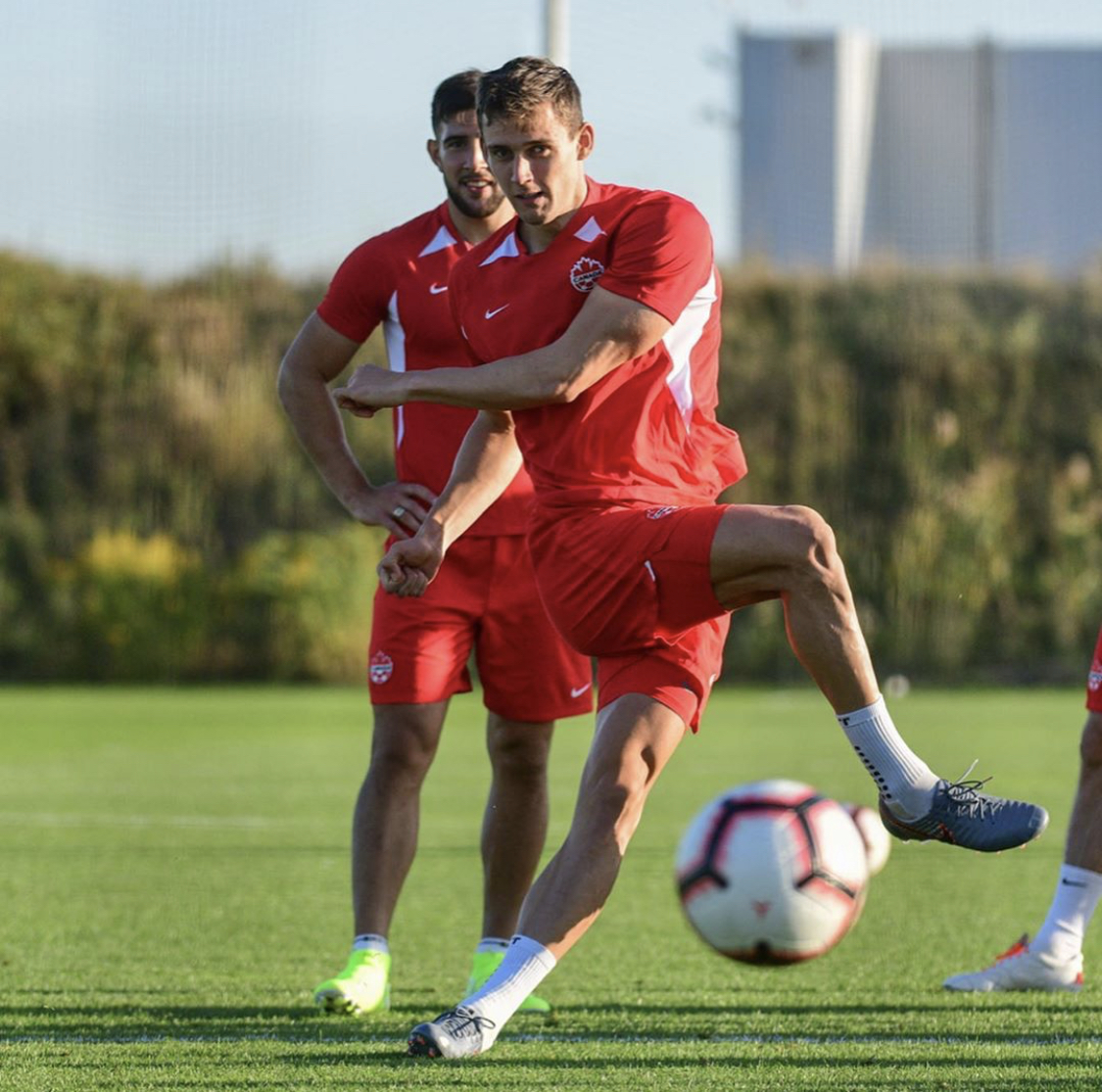 FC Edmonton stand-out defender for the 2019 Canadian Premier League (CPL) season Amer Didic received his second consecutive call-up to the Canadian Men’s National Team for the upcoming CONCACAF Nations League match versus the United States of America. The match will take place at Exploria Stadium in Orlando, Florida on November 15.

Didic will join John Herdman’s side in Orlando where they will begin their preparations for their crucial rematch versus USA.

The towering centre-back was apart of the historic night in which Canada registered a 2-0 victory against their rivals at BMO Field. Alphonso Davies opened the scoring before Lucas Cavallini secured all three points for Canada as they registered their first win again the United States in 34 years.

“It was great to be apart of such an important match where we ended up top of the group,” Didic said.  “It was a great experience to be apart of that whole night. Being on the bench you could feel it. You could see how good we were playing and controlling the match you could feel one was coming and when Alphonso scored that, the whole place just erupted. And you knew then that after that goal that we would be able to get the victory and we did that and got the second goal at the end.”

“To be apart of that is something you can’t even describe, its something I’ll always remember and have in the back of my head. You can’t put into the words.”

This is Didic’s third call up to the senior team in two years. His first call up came in 2017 in a friendly match versus Jamaica and his last call up came in October. Despite not making his official debut for the senior side, Didic understands he has a role to play, but is aiming to change that role by proving himself with each chance.

“My goal is to come in and work hard and show what I am capable of doing because you never know when you are going to get your chance,” Didic added. “For me it’s always important to work hard and prove yourself, to show that you can be apart of the plans and make your way into the team. No matter what role you have, it’s definitely something special to be apart of.”

“And you also want to give the best environment to your team so you have to push them in training, work hard, and it’s my job to challenge the other guys and making sure they are ready for the game.”

Didic featured in 19 matches for the Eddies in the inaugural 2019 CPL season and registered three assists for his hometown club.

In the Concacaf Nations League, Canada are grouped with Cuba and the United States in Group A. The team with the best record following a home-and-away round-robin advances to the four-team semifinals in June 2020.

Currently Canada sit at the top of the standings with nine points, while the USA trail the Canadians by six points but have played one game less. Cuba sit in last place with zero points through three matches.