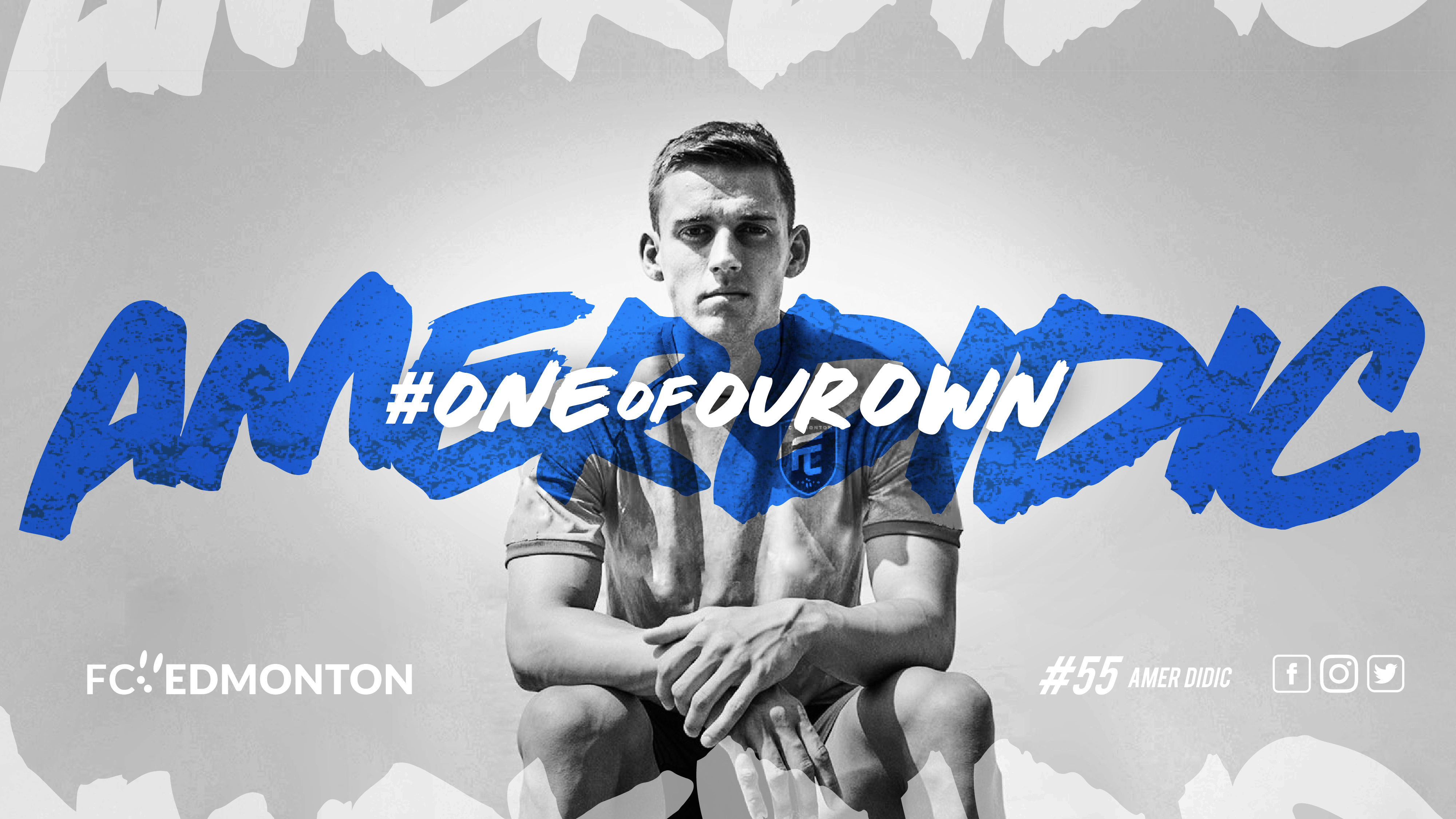 FC Edmonton is delighted to announce the signing of local product Amer Didic for the 2020 Canadian Premier League (CPL) Season.

Didic’s return to FC Edmonton is a big boost to Head Coach Jeff Paulus’ back-line. The 6’4 centre-back established himself as a central figure in Paulus’ line up. He featured 19 times and registered three assists throughout the 2019 CPL season.

“Any manager in this league would be excited to have Amer in their lineup and when added to the players already here I believe this puts our back line right there amongst the league’s best,” Paulus said. “Amer brings an extremely rare quality to his position, combining strong defending, a dominant aerial presence, and incredibly good feet to go with his 6 ‘4″ frame. I consider myself fortunate to be able to work with him again.”

After impressing throughout the season, the FC Edmonton Academy graduate earned himself a call up to the Canadian Men’s National Team in October where he was part of Canada’s historic 2-0 victory against USA at BMO Field.

Get your tickets to see Amer Didic and the rest of the FC Edmonton squad in action against Cavalry FC on April 18 at Clarke Stadium!

The following 21 players are currently under contract for the 2020 season: