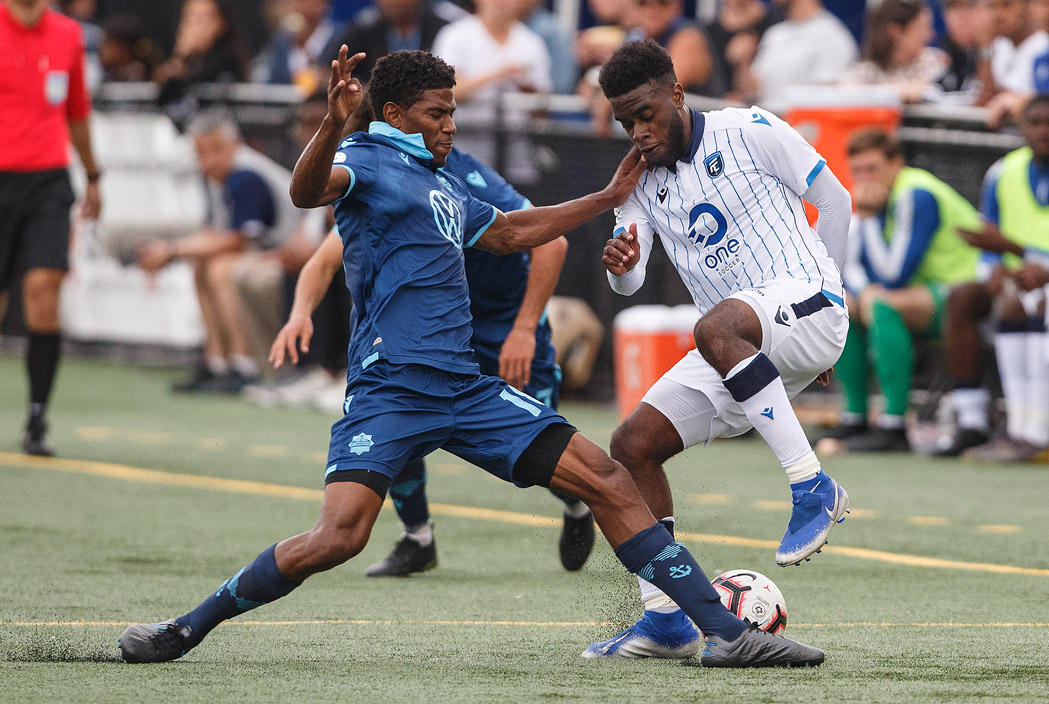 Labour Day has been one of the key dates that Canadian Football League fans have long circled on their calendars.

Whether it’s the showdown between the Hamilton Tiger-Cats and Toronto Argonauts, or the Calgary Stampeders and Edmonton Eskimos butting heads in the “Battle of Alberta,” the Labour Day Classic doubleheader captures the undivided attention of Canadian football fans with a smorgasbord of gridiron action.

This year, the Canadian Premier League is getting in on the fun, staging a pair of matches on Labour Day in the hopes of starting a new annual tradition in this country for the legions of soccer fans from coast to coast.

HFX Wanderers kick off the Labour Day festivities when they host FC Edmonton (1 p.m. ET/2 p.m. AT, OneSoccer), while the CPL doubleheader is rounded out by a Valour FC-Cavalry FC contest in Winnipeg (3:30 p.m. ET/2:30 p.m. CT, OneSoccer).

“We love that Winnipeg is hosting one of the games. Labour Day has a special significance in Winnipeg, particularly this year, on the 100th anniversary of the 1919 (Winnipeg General Strike), so it is fitting that we are part of this tradition in year one,” Nicky Cotee, president of the Red River Rising supporters group, told CanPL.ca.

Historical symbolism aside, there’s also the small matter of league table to decide, and the Labour Day results could have a large bearing on how the teams finish in the Fall season standings.

A mere four points separate table-toppers Forge FC and fourth-place Valour – with Cavalry and FC Edmonton wedged between. The Hamilton club has games in hand on each of the immediate three teams trying to chase them down, so Valour can ill-afford to drop points on Monday.

“From a league perspective, Labour Day weekend feels like the final turn in the race,” Cotee offered.

For HFX, Labour Day marks a return to their beloved home ground after a lengthy absence. Stephen Hart’s men haven’t graced Wanderers Grounds with their collective presence since Aug. 10 when they battled Cavalry to a 0-0 draw. An 18-day layoff in the season schedule ended on Wednesday when the club suffered a 2-0 loss away to Valour FC.

As always, the Privateers 1882 supporters group will assemble at Rogers Square in downtown Halifax an hour before the game vs. Edmonton, and then march up Sackville Street en route to Wanderers Grounds. Once there, they’ll take up their spot in the East stands, affectionately dubbed “The Kitchen.”

If you’ve never witnessed the Privateers’ pre-game march, you’re missing out on something special. It’s quite the spectacle, with anywhere from 50-100 members of the supporters group waving their flags and chanting call-and-response style “Who do we sing for? We sing for Wanderers!” as they weave their way through the downtown core on the way to the stadium.

Monday’s contest against Edmonton is Wanderers’ first home game in close to a month, and needless to say the locals are restless.

“We’re looking forward to the only real relief for a bad case of Wanderers Grounds withdrawal,” James Covey, a member of the Privateers 1882 supporters group, told CanPL.ca.

In Winnipeg, Red River Rising have special plans to celebrate the final long weekend of the summer.

“Instead of our traditional march to the match, we are hosting a tailgate at the stadium, and it’s going to be a real party. We will be pumped up and loud come game time,” Cotee enthused.