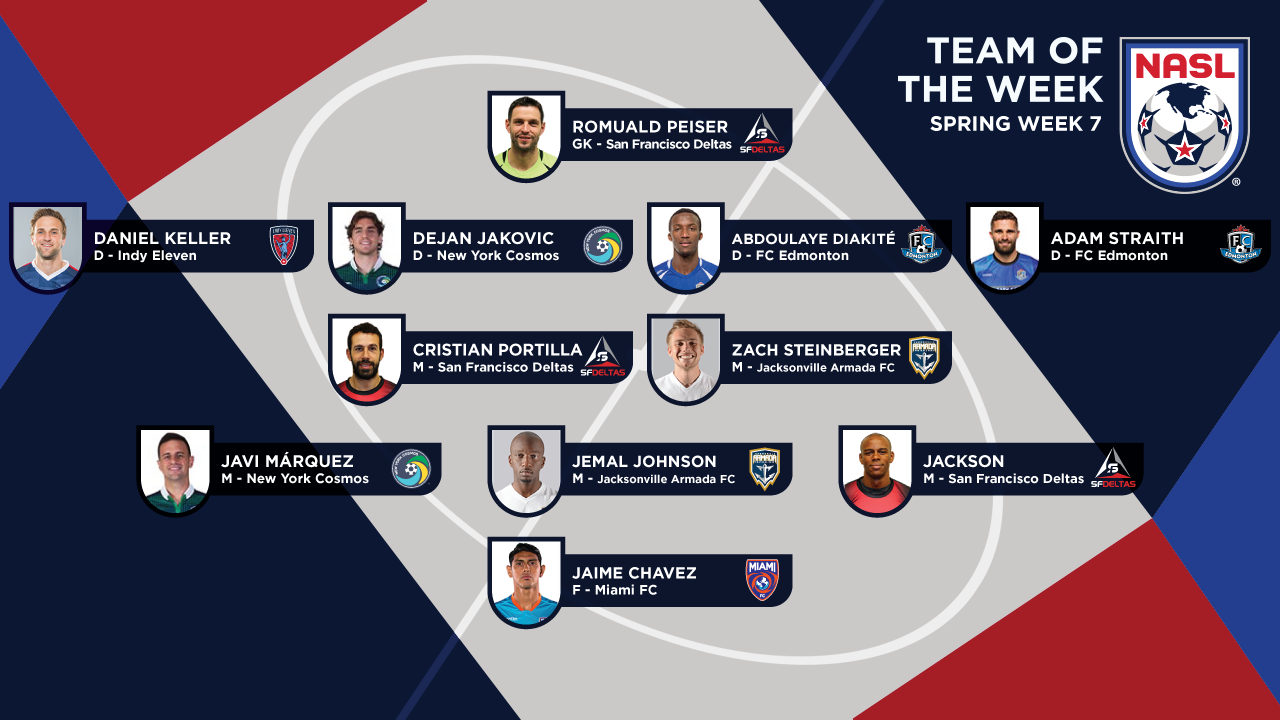 FC Edmonton centre-backs Abdoulaye Diakité and Adam Straith both played their part defensively in Saturday’s 0-0 draw with the Indy Eleven in Indianapolis, earning the two spots in the North American Soccer League’s (NASL) Team of the Week for Gameweek 7.

Diakité and Straith were able to keep quiet all night the likes of Justin Braun and Eamon Zayed — a combo that’s provided four goals and three assists so far through six matches for Indy.

DIakité was a clearance machine against the Eleven, clearing 17 out of harms way for the Eddies while making nine interceptions, winning 2-of-3 tackles and 6-of-11 duels. Straith added 10 clearances of his own, making two interceptions and winning 4-of-7 duels. Both defenders had their chances offensively as well, serving as constant threats in the box off corners.

FC Edmonton’s next action comes tonight, Wednesday, May 10, for the second leg of the Canadian Championship Qualifying Round with the Eddies down 1-0 in the tie. Tickets for the midweek match are available at tickets.fcedmonton.com!