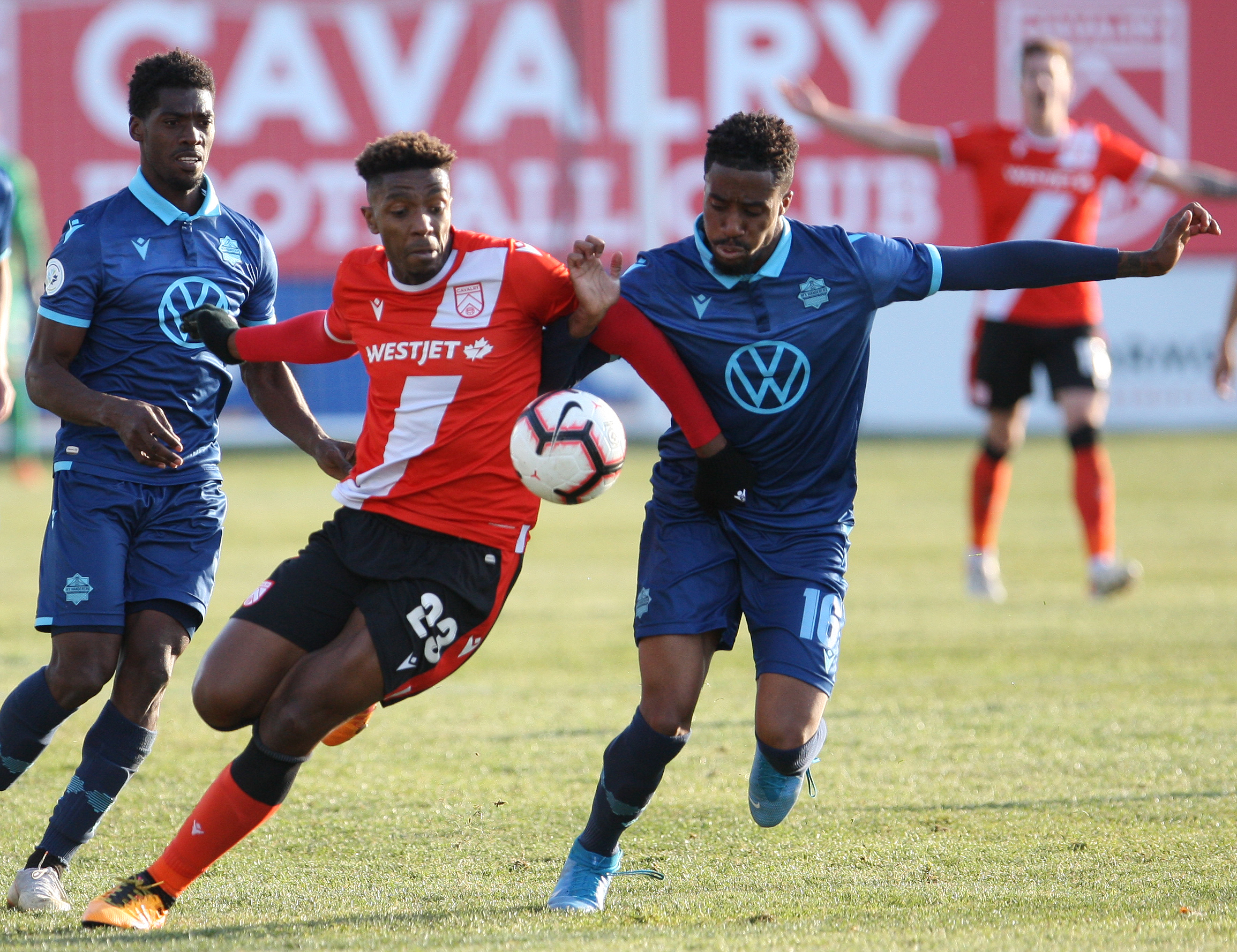 A flurry of CPL players switched sides this off-season, with quite a few faces finding new (or old) homes in places such as York Region, Vancouver Island, or Halifax. The only former foe to land in Edmonton, though, was Duran Lee.

Much of the 24-year-old defender’s career has seen Lee answering the bell when a club needs him. Last year, he signed with HFX Wanderers FC after Peter Schaale returned to university. Before that, he’d swapped Sigma FC for Vaughan Azzurri in League1 Ontario, because the latter needed him at centre back in their backline.

Before his ultimate jump to the pro game last summer, Lee tried on several occasions to climb the ladder, from his days in college in the U.S. to a brief six-week trial at Sertanense in Portugal.

This time, after a discussion with FC Edmonton boss Jeff Paulus, Lee found that it was the Eddies who’d need his services most.

“I was talking with Jeff, and the position that he knows I can play in, and I know I can play in, is left back,” Lee told CanPL.ca. “It’s funny, in the professional world a lot of people view me as a centre back because that’s how I came in to the CPL, but everyone who actually knows me from playing for years knows that left back is my position.”

Lee first started playing in the middle last year when he moved from Sigma FC to Vaughan Azzurri in League1 Ontario, accepting the advice of coach Patrice Gheisar. It was in that position that he lined up against HFX Wanderers in the 2019 Canadian Championship, which jump-started his leap into the pro game.

Vaughan took Halifax right down to the wire, even winning the second leg at Wanderers Grounds 1-0 (the only visiting club not named Cavalry FC to win there in 2019), only to be eliminated on away goals.

“A lot of people, especially the coaches over in Halifax, saw what I can do at the professional level,” Lee said. “Left-footed centre back is not really a popular thing going on right now, so there’s not that many guys.”

So, the Wanderers signed him for the latter half of the 2019 CPL season. Much of the narrative upon Lee’s arrival involved whether or not he could adequately replace Schaale, but that didn’t bother the defender much.

“When you come in to fill in someone’s shoes like that there’s pressure to live up to the hype that he produced,” Lee admitted. “I hope fans can appreciate a lot of what i did in a short amount of time, but it was never to fill Peter’s shoes. It was to fill in Duran’s shoes and do the best I could do.”

Lee fit in well in Halifax and quickly grew enamoured of the club, but in the end, he felt he needed to be playing his best position in order to best reach his potential. He saw Edmonton as a club that quite clearly needed left-footed players, especially at the back.

Last year, the right-footed Mélé Temguia and Allan Zebie were forced to play on their weak side for Edmonton, while the club’s only left-footed defender, Ramón Soria, was often needed to play in midfield. Zebie, in particular, is also more naturally a midfielder than a wide defender.

This time around, Lee hopes to settle into that left back role and allow his other teammates to play their natural and stronger positions.

“This team has a lot of potential and we kind of keep it under the radar because we don’t want people to know what we’re doing,” Lee said. “But the talent is there. It’s all over the place right now.”