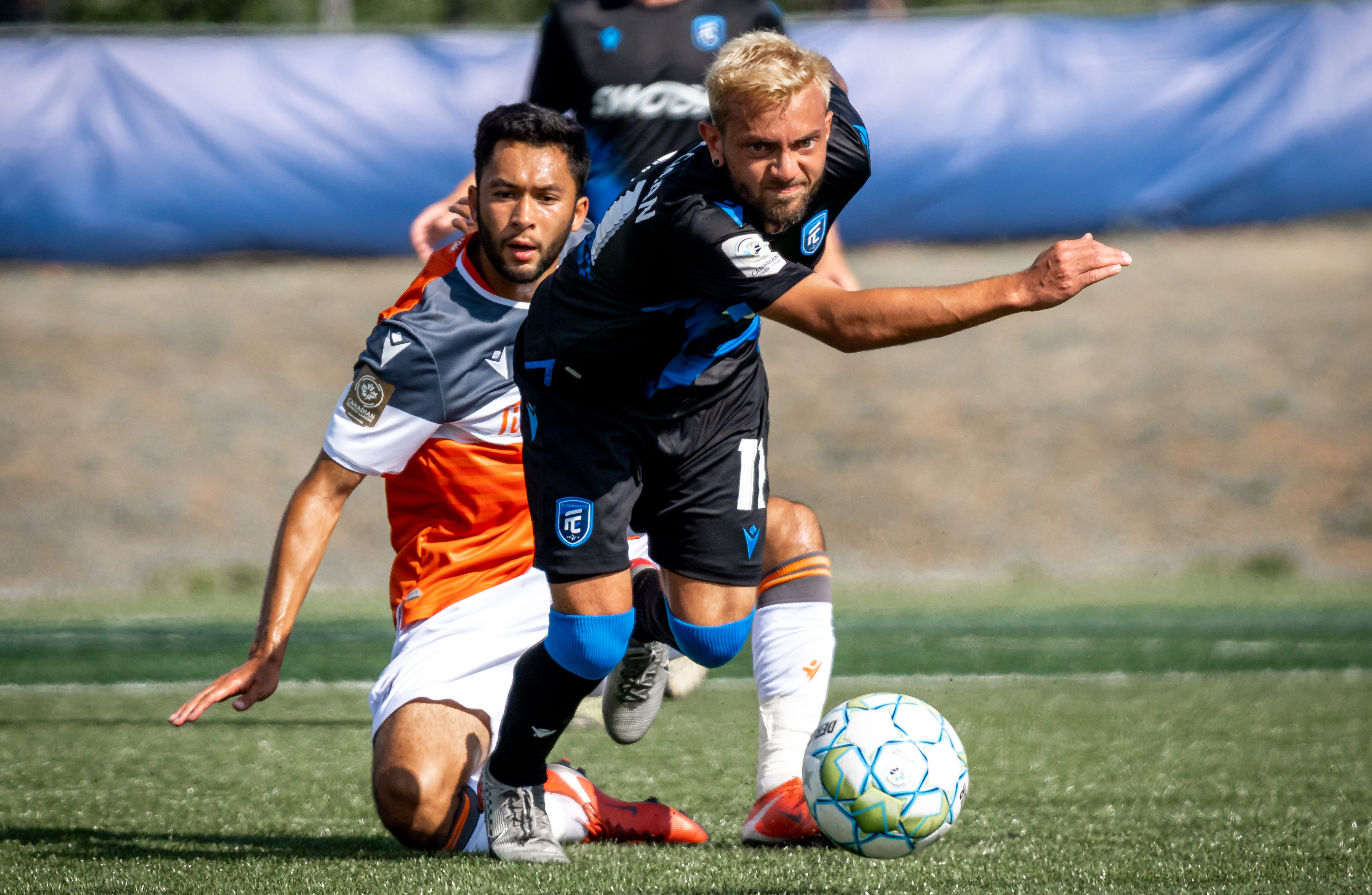 All season long, CanPL.ca reviewed key performers from each Canadian Premier League match, giving due credit to players who impressed over 90 minutes. Now, we offer this one last look at standout performers for FC Edmonton to bring a close to an exciting second CPL campaign.

It’s easy to forget the bright spots in a season as forgettable as FC Edmonton’s run in the 2020 Canadian Premier League.

Finishing last at the Island Games with a single point – with the least goals scored (5) and most goals conceded (14) – the Eddies landed miles away from the other seven CPL teams. Coach Jeff Paulus ended up falling on the FCE sword by season’s end, though he insisted his players were not the issue.

The Eddies retained 14 players from their above-average 2019 campaign – as many as Cavalry FC and Forge FC – and added crucial attacking pieces to provide fertility in the final third, including Keven Alemán and Hanson Boakai.

It was promising, and CPL coaches thought the Eddies were much better than their results indicated, but the results simply didn’t come.

Alan Koch is now at the helm, being named head coach last month.

Ongaro, who was recently featured in the CPL’s “The Next Gen” series, was a handful in and around the six-yard box, proving a difficult task for defenders when his six-foot-six frame earns valuable real estate around the goal.

Those traits were just some of the reasons why former FCE coach Jeff Paulus was such a big fan of Ongaro, and referred to him as “a natural goal scorer” and “a rare talent,” and what’s landed him a loan with Danish second-tier side Vendsyssel FF.

What they said: “He is a player who has the ability to be in the right place at the right time. He’s also a unique individual because he possesses great height, but he’s got great feet and exceptional pace.”– Jeff Paulus, former FC Edmonton coach

While you may expect Amer Didic on this list as FCE’s top defender from 2020, it’s the second-year Cameroonian Jeannot Esua who makes the cut. Didic spent most of the Island Games out injured. Esua, meanwhile, started all seven games up the right side and looked even more impressive than his breakout 2019 campaign with the Eddies.

The 24-year-old was an understated focal point of FCE’s attack, using powerful overlapping runs down the right-hand side to give the Eddies rare attacking opportunities. Passes like this one to Tomi Ameobi were common; with a better squad, Esua’s star would have shined much brighter in 2020.

Edmonton’s attacking play naturally shifted to the right as Esua could hold the ball up well, taking a second-most 472 touches and 12 dribbles to provide chances for teammates. At the other end, Esua was a stable defensive force, perhaps even more so than in 2019. His 14 headed clearances landed him in the top 10 of CPLers in the category – and he’s the only non-centre-back in the category.

While largely unsuccessful in attack at the Island Games, FC Edmonton had a couple bright spots worth mentioning – the major one being Keven Alemán.

Arriving in Edmonton by way of Costa Rican giants Saprissa and USL side Sacramento Republic to much fanfare, the 26-year-old shined as a shifty attacker with great passing vision and range. Alemán led the team in passing completion in the final third (56 per cent) and big chances created (2) and scored one of FCE’s five goals on PEI – the first in a two-goal comeback vs. Ottawa.

What they said: “Aleman is a special player. He gets himself into pockets, he works so hard in those transition moments. When you have a player like that with his work rate, it’s clear to see he’s a complete footballer. It’s a player who will get stronger and stronger as the tournament goes on.” – Jeff Paulus, former FC Edmonton coach