Joining general manager and head coach Alan Koch on the pitch this season are assistant coaches Todd May and Allan Zebie.

May has an extensive coaching background, most recently as an assistant coach with Simon Fraser University Clan.
Prior to joining SFU, May, worked with U17 Mountain FC boys team in the BCSPL and the Barca Academy for three years.
Before moving to Vancouver, BC with his family, May was part of Brighton and Hove Albion’s Centre of Excellence in the United Kingdom.

“I am very familiar with this program (Simon Fraser University), and when we needed to replace Brendan Shaw, I went back to the coaching well on Burnaby Mountain,” said Koch.
“Todd is an excellent communicator and knowledgeable coach who I am excited to welcome to FC Edmonton and work with him in his first venture into professional football.”

Eddies’ fans know Zebie well. The 28-year-old played for FC Edmonton for six seasons, before announcing his retirement from professional soccer after the 2021 season.

This will be Zebie’s first career coaching opportunity.

“Already last year when still a player, we were having coaching chats with Allan and including him in some of our off-field work. I am excited to welcome him to the coaching staff and look forward to him sharing his playing experiences with our young squad.”

The team is also adding Julian Micolta as the new head athletic therapist and Alex Mejia returns as the Eddies clubhouse manager. 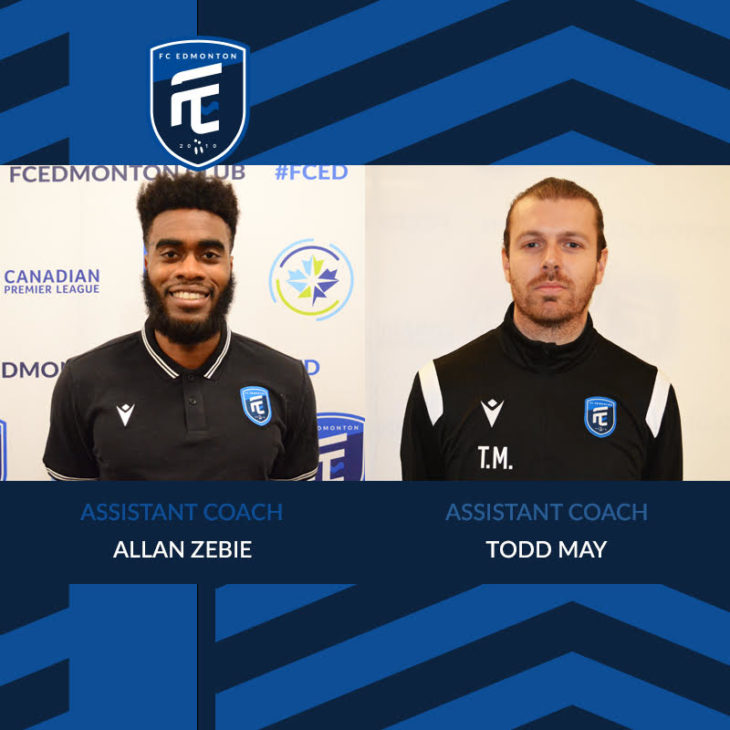