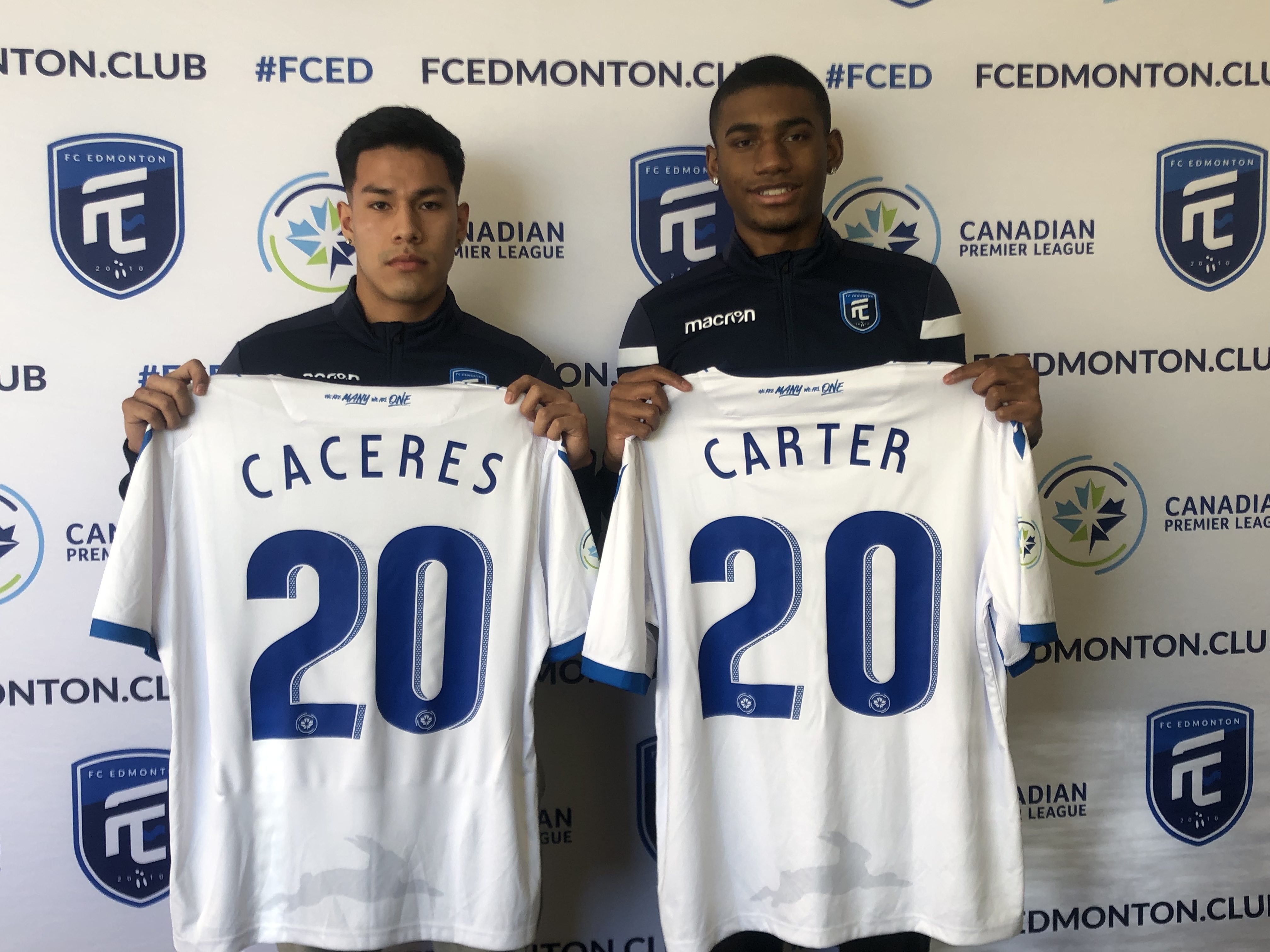 FC Edmonton is delighted to announce the signings of Antony Caceres and Chance Carter for the 2020 Canadian Premier League (CPL) season.

Both players are local players who originally grew up in the Edmonton minor soccer system. Caceres and Carter both played for the FC Edmonton Academy before moving onto the Vancouver Whitecaps FC residency program.

“In signing these two young players, we feel that we have taken an important step in not only providing competition for places right away but also ensuring the club’s future,” FC Edmonton Head Coach and Interim General Manager Jeff Paulus said. “Each player, having come through local clubs, our own academy, and then the Whitecaps residency program will excite our supporters with their brand of football.”

Caceres impressed while training with the Eddies senior side during the Fall Season. The midfielder has been rewarded for his impressive showings with his first professional contract for his hometown club.

“I would describe Antony as a technical player who loves to dribble at defenders and reads the game very well and plays with an edge.”

Carter spent two years with the ‘Caps, which saw him attend two preseason camps with the senior side in 2018 and 2019. The 18-year-old midfielder returned to Edmonton in the tailend of 2019 and has earned his first professional contract for his hometown club.

“Chance offers a rare breed of power, dribbling ability, and defending with an impressive left foot who can launch an attack from deep positions. I am delighted to have both players back home.”

The following 19 players are currently under contract for the 2020 season: