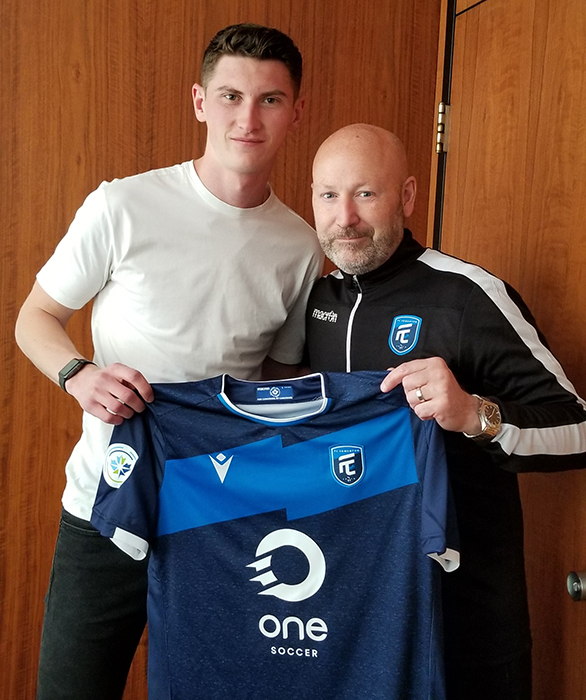 FC Edmonton is pleased to announce the signing of striker Easton Ongaro to a professional contract.

Ongaro, an Edmonton native, played his youth football with Inter Soccer Club of Edmonton. He was selected 15th overall by Cavalry FC in the 2018 CPL-U SPORTS Draft, but opted to sign a full professional contract with FC Edmonton. Ongaro spent two seasons with the University of Alberta Golden Bears, and led Canada West in goals with 16 in 14 matches during the 2018 season.

“It’s exciting to have the opportunity to play for my hometown,” said Ongaro. “I’m looking forward to having the chance to start my career here.”

“When you look at the history of football in Edmonton, the Ongaro name is a big name in this city, so to bring in Easton to continue that legacy is fantastic,” said FC Edmonton Head Coach and Director of Soccer Operations Jeff Paulus. “The potential is through the roof, he’s a six-foot-six striker who can play on the wing and can utilize both feet around goal, so he’s a real threat and we see bright days ahead for him.”

Ongaro will wear number 19 this season.