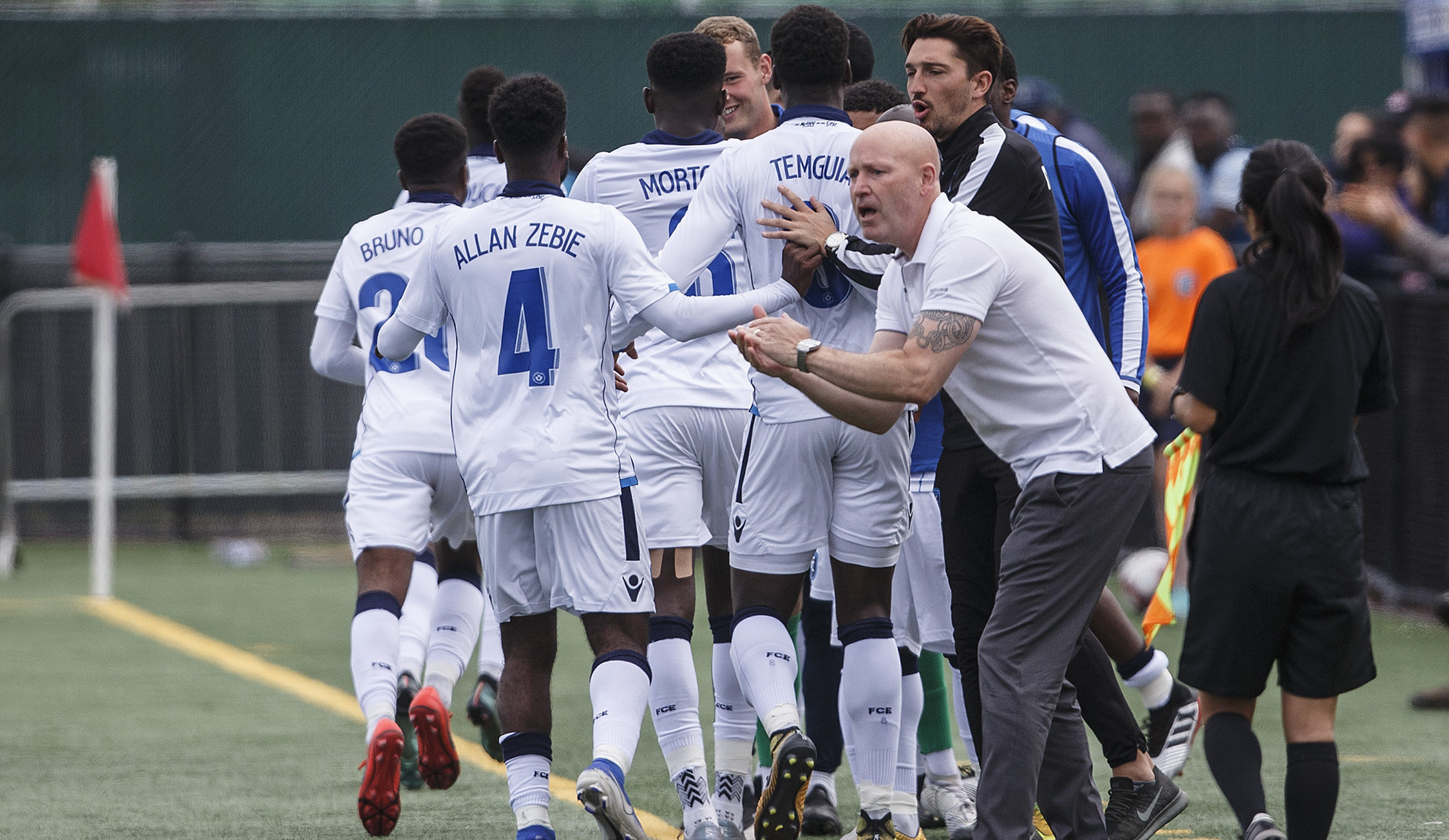 “I am very happy to bring back a large piece of the clubs core and history with this announcement,” FC Edmonton Head Coach & Interim General Manager, Jeff Paulus said. “This group of players really formed the structure for our defensive record last season so we are fortunate to have them all back.”

“With Edem, we saw his offensive tools really come out at the end of the season and we expect big things from him in 2020.”

Allan Zebie joined the club in 2015 on a short-term contract. Following an impressive month, Zebie established himself as a key figure at the club and has gone on to make 77 appearances for the Eddies since. In the 2019 CPL season, the Academy graduate featured 23 times for his hometown club.

James is returning after a stellar first season, which saw him nominated for the CPL Golden Glove Award. He quickly established himself as one of the best ‘keepers in the league. In 22 appearances, James registered seven clean sheets.

Temguia joined the club in early 2019 and asserted himself as a regular starter in the team’s starting lineup throughout the season. Temguia scored the first goal for the Eddies in the clubs inaugural CPL match in the league. He went on to make 27 appearances in his debut season for FC Edmonton.

Esua was voted teams Player of the Year by the coaching staff and his fellow teammates. Esua has established himself as a regular starter for the club and arguably one of the best right-backs in the league. He went on to make 21 appearances in the 2019 season.

The following eight players are currently under contract for the 2020 season: