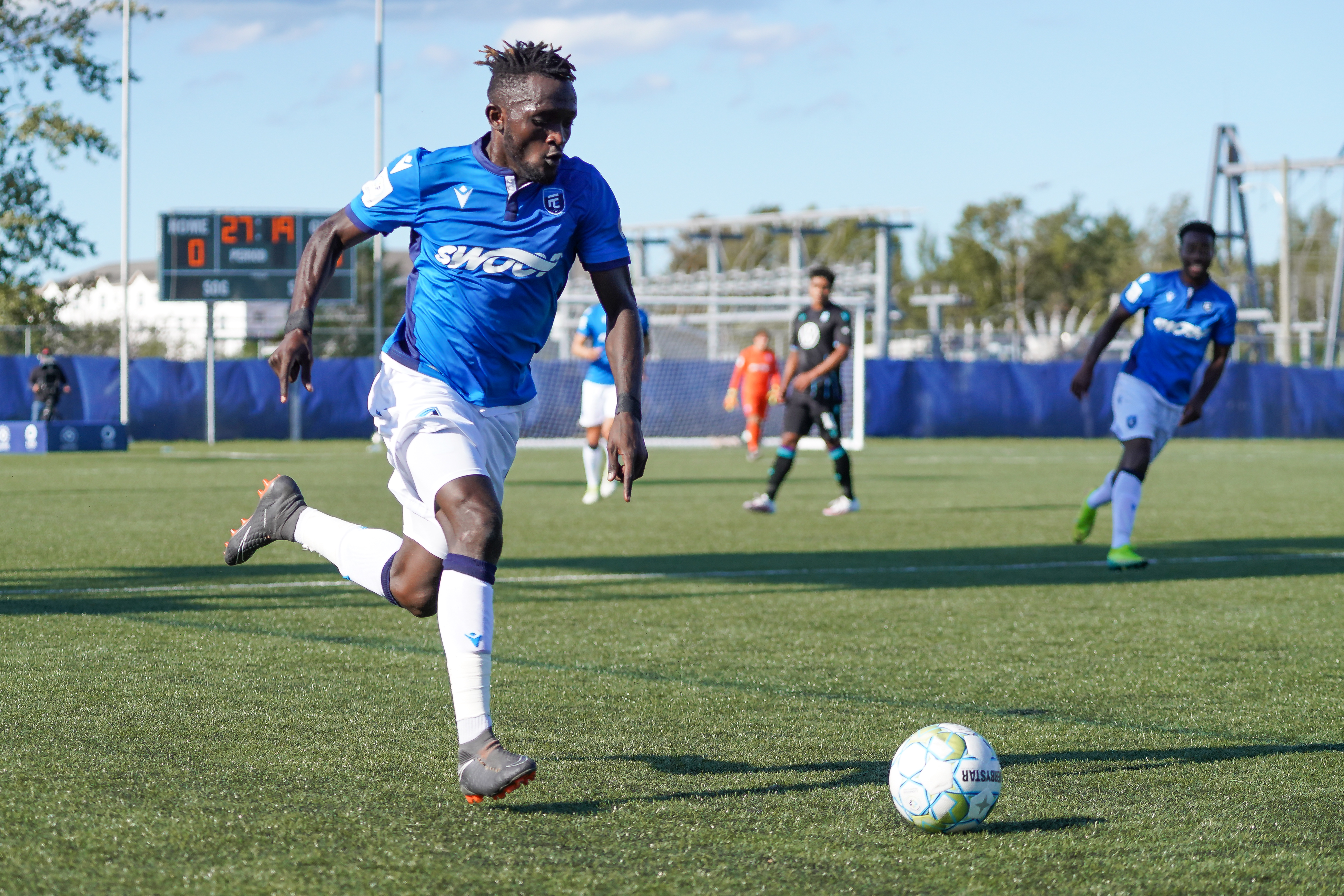 Jeannot Esua will be back with the FC Edmonton in 2021.

FCE announced on Wednesday that it has exercised its option on Esua, ensuring that the Cameroonian will remain at the club for a third CPL season.

Esua, 24, has been one of the few bright spots for the Eddies through its first two campaigns in the CPL, as he is widely regarded as one of the best defenders in the league.

In 2019, Esua made 21 appearances and collected two assists in all competitions en route to being named Edmonton’s player of the year. At The Island Games, the Cameroonian played in all seven of the Eddies’ matches in PEI, racking up 617 minutes of playing time (out of a possible 630 minutes).

Esua’s efforts over the last two years didn’t go unnoticed by new coach Alan Koch, who has slowly been building the team’s roster for next season since being hired in late November.

“We are excited to welcome Jeannot back for another season with FC Edmonton,” Koch said in a media release.

“He has proven himself to be an elite level fullback in the league, and we are excited to integrate him into the new team this coming season. His athleticism and technical ability will make him an important piece of our team. I look forward to seeing how far we can take him in his career.”