VICTORIA — No matter the circumstances, or where these two clubs are in the Canadian Premier League standings, FC Edmonton always seems to battle Pacific FC, real tough.
On paper, the matchup this week, between the young and inexperienced Eddies and the defending league champions looked like a big mismatch, but the Eddies held their own in a 2-1 loss, Saturday night at Starlight Stadium.
Alejandro Diaz (10th minute) and Josh Heard (62nd minute) scored for Pacific, while midfielder Wesley Timoteo scored his first professional goal of his career for the Eddies in the 73rd minute.

“You have to give our players credit,” said FC Edmonton head coach Alan Koch.
“They’re willing to work incredibly hard to try and achieve something. We all know the limitations that we have, but you can see how incredibly hard our guys work out there.”

With the Eddies having played seven games over the course of the first month of the season, along with a treacherous travel schedule, Koch chose to dress a younger, more inexperienced lineup against Pacific, and they battled hard despite the loss.
Kelsey Egwu, an 18-year-old defender from Edmonton made his first professional start of his career, while midfielder Ousman Maheshe played his first professional game.
Players like defenders Luke Singh, Nyal Higgins and Cale Loughrey along with goalkeeper Andreas Vaikla as well as striker Tobias Warschewski and midfielder Gabriel Bitar didn’t travel and were rested.

Diaz gave Pacific an early 1-0 lead, scoring his league-leading fifth goal of the season, as he was able to get his foot on the ball, after a big scramble in front of the net.
Darlington Murasiranwa made his start of the season, and just his fourth start of his career, and the 21-year-old was solid making four saves in the loss.
He made one of this best stops off of league assist leader Marco Bustos, who let a bullet shot go from inside the box in the first half, but Murasiranwa made a nice quick reaction kick save in the first half.
After Heard made it 2-0, after he finished off a nice tic-tac-toe passing play in the second half, the Eddies continued to battle and were rewarded with a nice goal from Timoteo.
Masta Kacher nailed the perfect corner kick to the far side of the net, and Timoteo was able to get his chest on the ball, to make it a one-goal game.

“We got to start better in the first half, but we grew into the game and got more confident, and started to possess the ball more,” said Eddies midfielder Simon Triantafillou.
“We had chances to tie it, and really made it a game in the second half.”

The loss drops the Eddies record to 0-3-4 this season, and while it’s disappointing the squad hasn’t secured a three-point victory, yet, Koch and the players feel like it’s coming soon.
There’s been definite progression and steps forward as the season has wore on.

“The effort will always be there, and the character in our group is immense,” said Koch.
“We’re young, we’re immature at times, and we haven’t perfected the right mentality yet, but it will come in that process. We’re all learning from this experience.
“We haven’t won a game yet, and been rewarded, but you can see our performances are getting better and better. I think at times, the players are a little fearful, but the more of these games we play, the more confidence they’ll get and we’ll grow from this experience.” 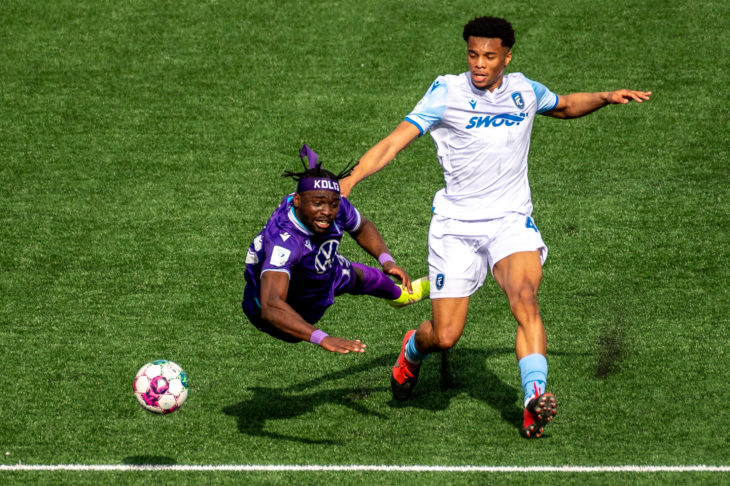