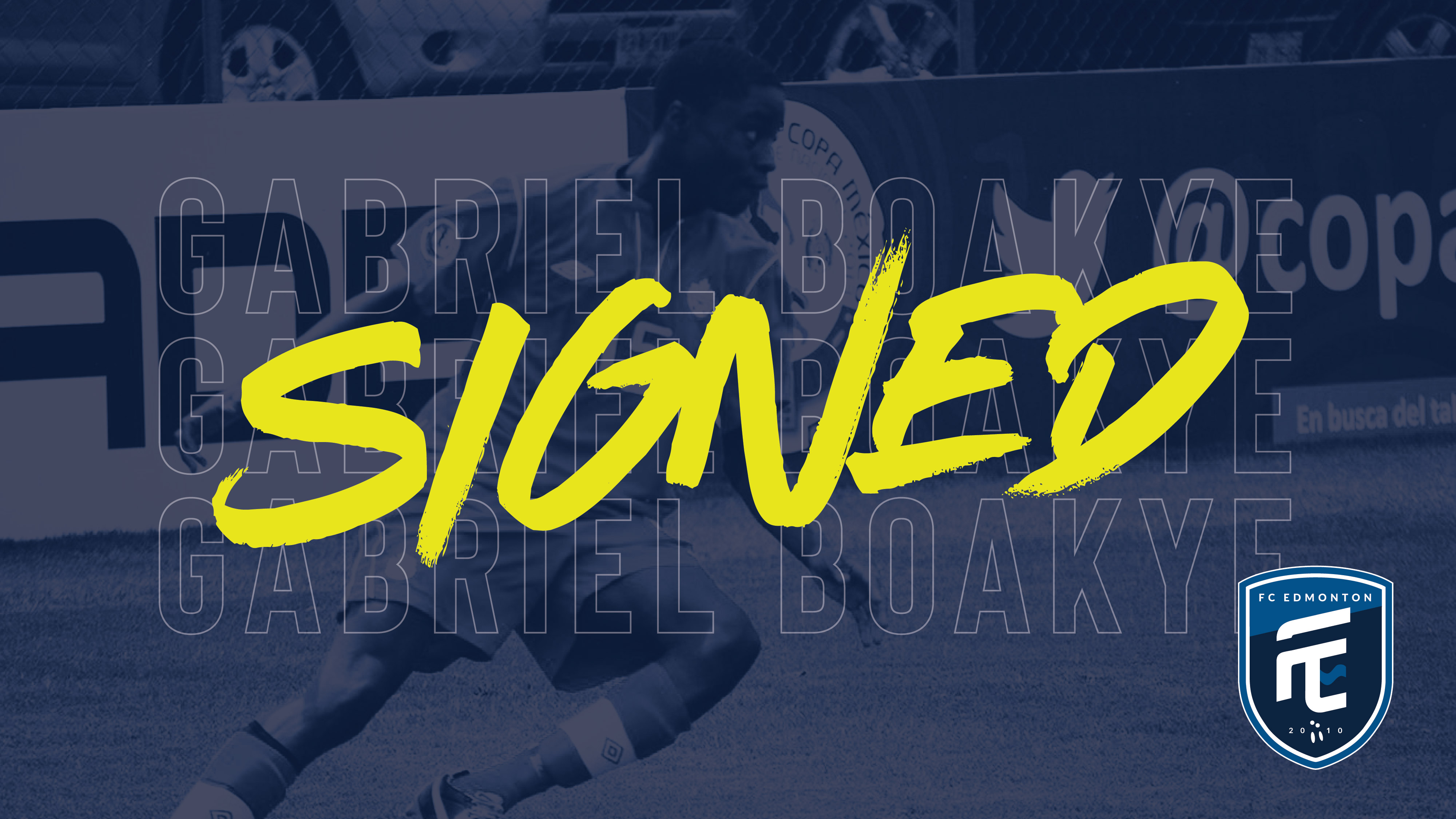 FC Edmonton of the Canadian Premier League (CPL) has signed Canadian forward Gabriel Boakye (pronounced bo-A-chee) for the remainder of the 2021 season, the club announced today.

Boakye had been playing this season for Lokomotive Leipzig competing in the Regionalliga Nordost, the fourth tier of professional football in Germany, where he appeared in 11 matches and recorded two goals and two assists before the season was forced to end early due to COVID-19.

“We are incredibly excited to welcome Gabriel to our squad,” said FC Edmonton Head Coach, Alan Koch. “He has had some excellent experiences in recent years in Germany and I look forward to seeing him showcase himself in the CPL. His athleticism and technical ability will give us another valuable option in attack.”

The 5’-9” 23-year old’s primary position is right winger, but he has also spent time in his career as a fullback and striker.

The Richmond Hill, Ontario native has been playing professionally in Germany since 2016, spending time with FC Energie Cottbus and FC Köln II, respectively, before being transferred to Lokomotive in July of last year. In his time spent in Germany, he appeared in a combined 87 matches for all clubs and in all competitions scoring a total of 15 goals, and assisting on another 11.

He began his playing career in 2012 after joining the Toronto FC Academy, competing at that time in the Premier Development League for TFC II. He made his professional debut while with that club in July of 2015 in a United Soccer League (USL) match.

Additionally, in his career Boakye has spent time with the Canada Men’s National Team program beginning as a youth player in 2013. He has been a part of Canada’s U15, U17, U20, and U23 squads including being named in February of 2020 to the provisional roster for the 2020 CONCACAF Men’s Olympic Qualifying Championship. He was also named one of three finalists for the U17 Men’s Canadian Player of the Year honours in two consecutive years (2014 and 2015).

Both of Boakye’s parents are natives on Ghana and thus he is also eligible to represent that nation in international competitions.

The agreement includes a club option for the 2022 season, and Boakye is expected to join the team in Halifax for the Eddies’ road match versus HFX Wanderers FC this Saturday.

Seats for all remaining FC Edmonton home matches are currently on sale. For more information about plans and prices please visit www.fcedmonton.canpl.ca, or call 780-700-2600.