The 23-year-old from Ottawa played last season with his hometown Carleton University Ravens of the (OUA) Ontario University Athletics.
In seven games (six starts), Bitar scored four goals and recorded 15 shots on goal. He helped the Ravens earn a silver medal at the U Sports national championship and was named a First-Team All-Canadian and First-Team OUA East All-Star.

Throughout his four years with the Ravens (2017-21), Bitar played 51 games (46 starts) and scored 40 goals and added eight assists, while recording 112 shots on goal.
Bitar helped the Ravens to a silver (2021) and bronze medal (2018) at the U Sports national championship. He was also named the 2017 U Sports Rookie of the Year and a four-time OUA First-Team All-Star.

This is Bitar’s second stint in the CPL. He was originally selected in the first round (no.1) overall in the 2019 CPL-U SPORTS Draft by the Calvary FC.

“We are excited to bring Gabi back to the league. He has had an outstanding U SPORTS career and a taste of CPL before,” said FC Edmonton head coach Alan Koch.
“We believe he is now better prepared to show what he can do in the league this season. He is a crafty attack-minded player, and we look forward to him developing connective relationships with our fellow attacking players.” 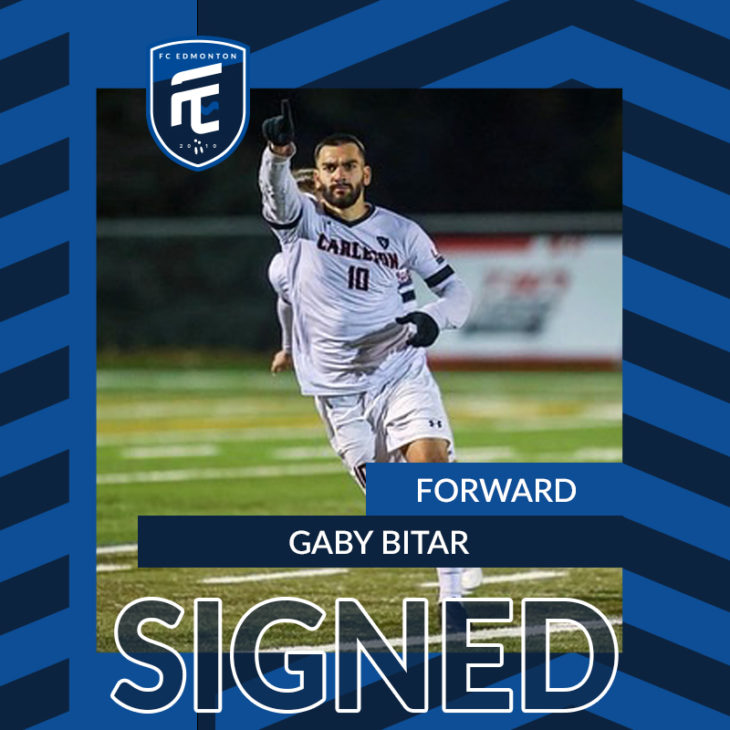