Mohammed is a familiar face with the Eddies. After spending three seasons with Toronto FC Academy and Toronto FC II, Mohammed was loaned to the Eddies by TFC in the 2020 season, in which he made five appearances for FC Edmonton.

“We’re excited to welcome Terique back to FC Edmonton. We’re hopeful that this will be a very positive season in his progression on and off the pitch,” said Eddies head coach Alan Koch.

“He’s a very talented player that has good technique and the athletic ability to play for us in our system of play.”

FC Edmonton will kick the season off at home on Sunday Apr.10 against Valour FC at 2 p.m. MT at Clarke Stadium.

Connect with us online and on Twitter/Instagram @FCEdmontonNow and Facebook @FCEdmonton for more news and updates very shortly on player signings, fan forums, season memberships, and community activations. 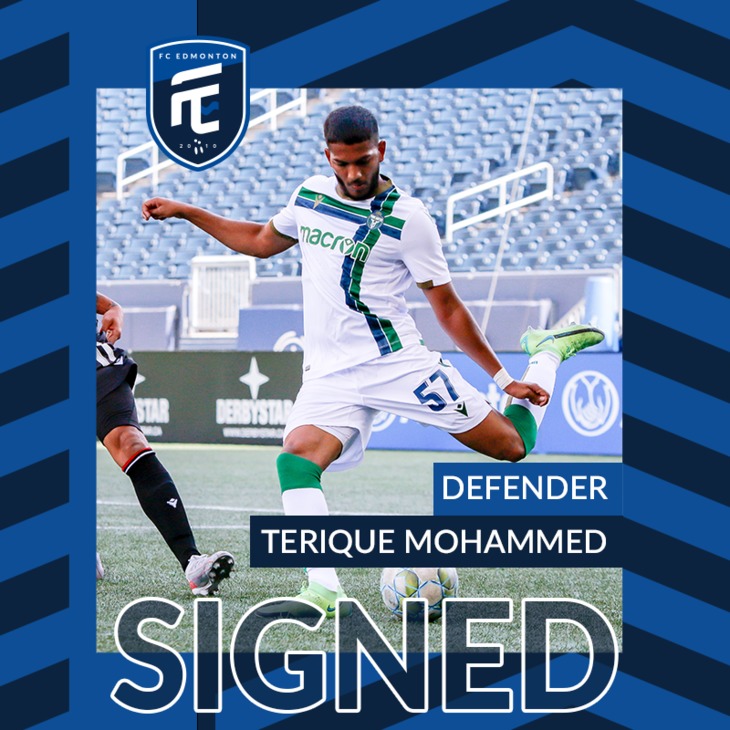