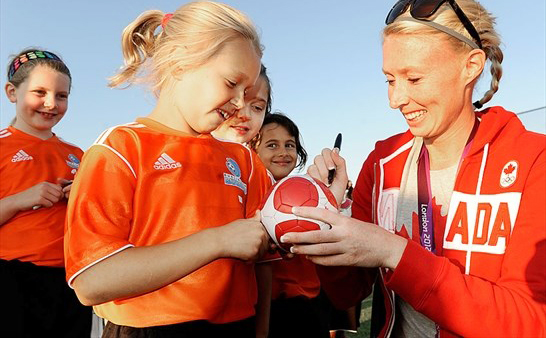 Former Canadian National Team member and Olympic Bronze Medalist Melanie Booth will be a special guest of FC Edmonton for Girls in Soccer night on August 10th when the Eddies host Pacific FC.

Each season FC Edmonton hosts a “Girls in Soccer Day” to celebrate, inspire and encourage young female players to enter the sport of soccer and continue on for as long as they love the game. The day is filled with special girls-only skills clinics led by local female soccer leaders, coaches and a special guest.

“We are proud to support minor soccer associations throughout our region in this initiative. Local clubs and teams play a vital role in empowering girls through sport” General Manager of FC Edmonton Jay Ball said. “I believe celebrating girls in soccer is so important. Through our special girls-only skills clinics and other fun experiences, connecting young girls in soccer with their female heroes and role models is a chance to make inspiring and lasting connections.”

Booth joined the senior national team at the age of 17 in 2002. She went on to win a silver medal with Canada at the 2002 FIFA U-20 Women’s World Championship in Edmonton and she played every minute of Canada’s six matches. 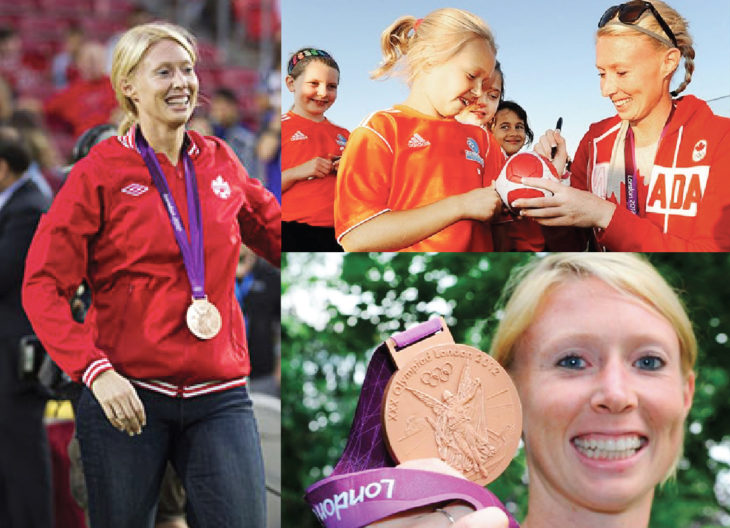 “I am really excited to be apart of a program like this,” Booth added. “I’m really looking forward to seeing all the girls come out on Saturday and watch an exciting game. It’s incredible the support FC Edmonton has for the women’s game. I think more clubs in the country should make more of an effort to help the women’s game grow as well.”

She was also part of Canada’s World Cup squad when they competed in China in 2007. Booth went on to claim two medals in the Pan-American games. In 2007 she helped Canada earn a bronze medal, before helping Canada secure gold in the 2011 games in Guadalajara.

Booth went onto to make her Olympic debut in 2012 and helped the national side capture bronze in a thrilling tournament which took place in London. She retired a year after the Olympic games from both club and international soccer.

During the game, FC Edmonton coordinates autograph signings, special activities and an unforgettable GIANT half time photo-op with all girls in the stadium!

ENTER TO WIN! Do you know a girl who LOVES soccer? Help her win a free FC Edmonton Girls in Soccer Pro-Skills experience! ENTER HERE

RESERVE YOUR TICKETS! Book your team today, this game SELLS OUT every year! See below, group tickets available from $14-$17!  Call 780-700-2600 now or email us at info@fcedmonton.club