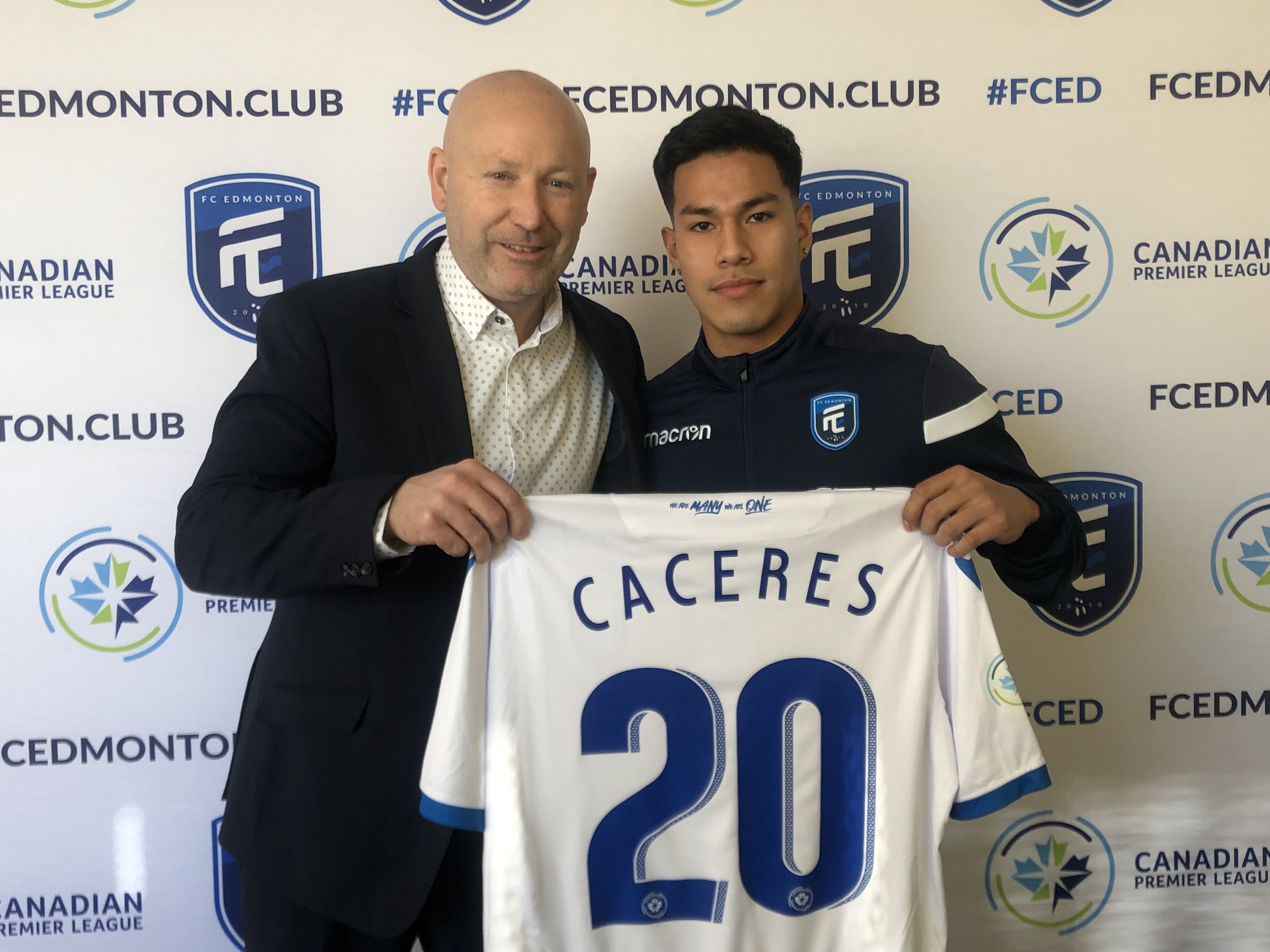 Get To Know Thursdays: Antony Caceres
May 21, 2020
by
Peter Williams (@PeteYEG)
news

Antony Caceres has been dreaming of making his professional soccer debut his entire life, but now he’ll have to wait just a little bit longer.

The 20-year-old made his way back to Edmonton this off-season after spending a number of years in the Vancouver Whitecaps Residency Program. Caceres is no stranger to FC Edmonton, having trained with the first team last fall in addition to his time spent in the FC Edmonton Academy.

Coach Paulus describes the midfielder as a technical player who excels at dribbling at defenders and reading the game, and was impressed enough after those fall sessions to offer Caceres his first professional soccer contract prior to the 2020 season.

This marks the third submission of our weekly Get To Know Thursdays series. You can read last week’s edition on defender Duran Lee here.

Well everyone just calls me ‘Tony’. Most of my friends and family call me that.

WHAT’S YOUR NUMBER AND WHY DO YOU WEAR IT?:

I usually choose number 10 because it has a lot of significance, especially in Bolivia. It has a specific role and I like to play that way.

I eat spaghetti and meatballs or something like that. I also usually like to go for a quick walk to think about the game and get my legs stretched.

I listen to a lot of rap, not really one specific artist. Or Spanish music. Something to get me fired up.

FC Barcelona. I’ve supported them since I was young probably because my Dad liked them, but I grew to really like the way they play. They usually play pretty early so I wake up to watch and then just go back to bed.

Lionel Messi. I’m not that tall of a player so I try to base my game a little bit off him because I think the way he plays is the way soccer should be played. I think all his qualities are what define a number ten.

WHAT’S THE MOST MEMORABLE MOMENT OF YOUR SOCCER CAREER SO FAR?

I think so far signing my first pro contract honestly. I was excited to make my debut before this happened. I signed it around my Dad which meant the most because he’s always been my number one supporter.

JOB OTHER THAN SOCCER PLAYER?:

I don’t really think about it too much but I think because I have so much passion for it I’d want to be in soccer in another way. Even if it’s like physio or sports science or something like that. I would just want to be around it.

IF YOU COULD HAVE DINNER WITH ANYONE, DEAD OR ALIVE, WHO WOULD IT BE?:

Probably Lionel Messi. Just to ask him questions and see what goes on in his head.

HOW DO YOU SPEND YOUR OFF DAYS?:

In my free time I usually just do something with my family or friends. I like watching movies and playing other sports like basketball for fun.

I would say Ramen. The good stuff. I’ve been trying different Ramen places in Edmonton trying to find the best place.