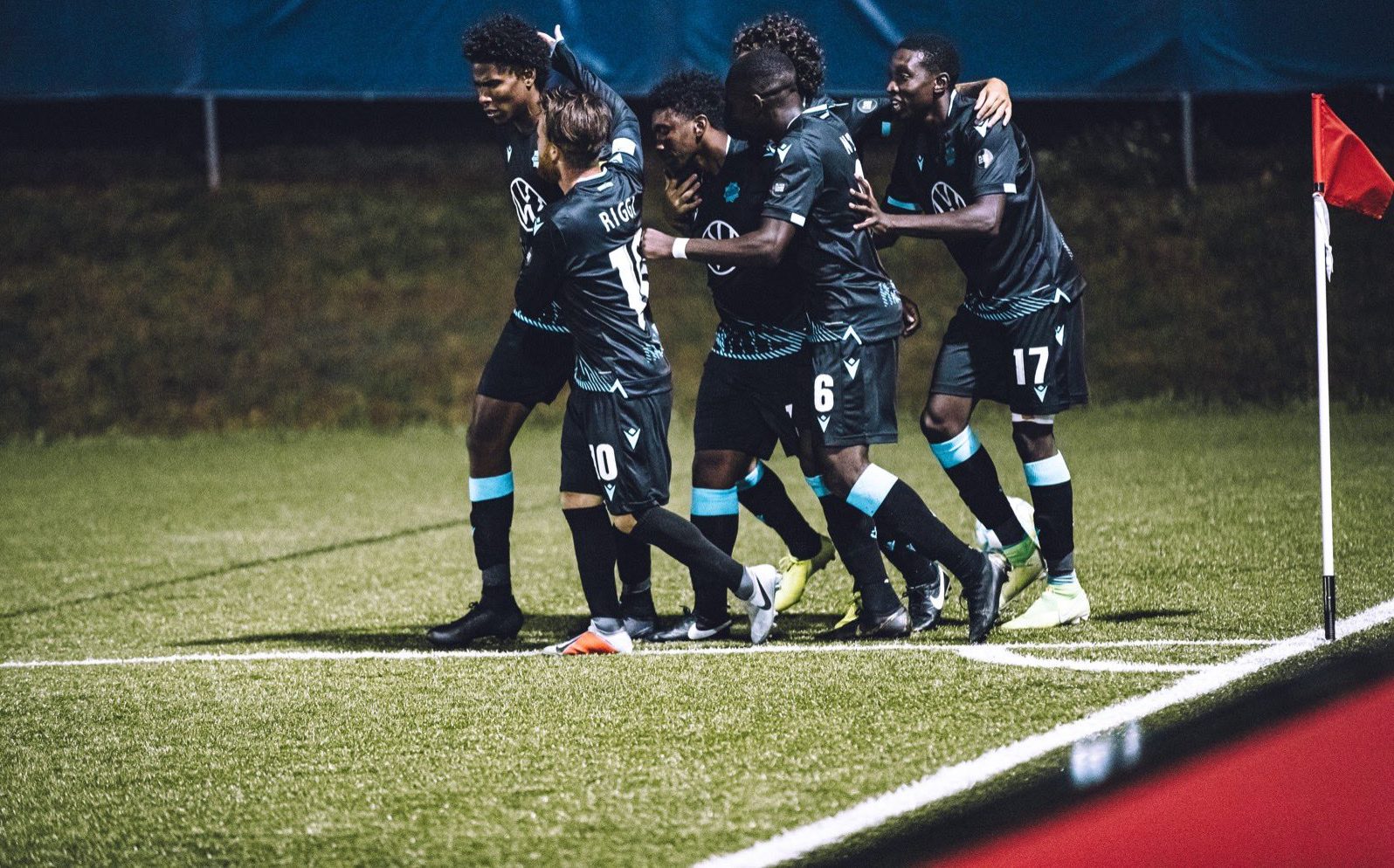 HFX Wanderers FC were firing on all cylinders on Wednesday night.

HFX easily dispatched FC Edmonton 3-1 at UPEI’s Alumni Field, grabbing their first win at The Island Games and moving into a tie for fourth place with Pacific FC.

The last-place Eddies, meanwhile, are five points adrift of a top four spot after the loss, and are winless (with one point) in four games.

A back-and-forth opening half-hour saw Edmonton with the best scoring chance coming from the penalty spot. Goalkeeper Christian Oxner, in his first start of The Island Games, denied FCE striker Tomi Ameobi with a perfectly-timed dive to his left.

The Wanderers built on that momentum in the remaining minutes of the first half, starting with the opening goal. A piercing Andre Rampersad through ball found Akeem Garcia past the Eddies defence, and the Trinidadian  carefully slotted home past Edmonton ‘keeper Connor James.

HFX added a second goal before the halftime whistle with João Morelli beating the offside trap, and then smashing his a shot across James’ body.

Stephen Hart’s team continued to pounce in the second half and eventually found a third goal via a lovely Morelli volley.

Jeff Paulus’ side, while owning 61 per cent possession across the 90 minutes, looked disjointed in offence and rarely penetrated the Wanderers’ defence – especially in the second half. Their lone offensive bright moment came in the 86th minute when substitute Marcus Velado-Tsegaye smashed a ball into the right-top corner from distance.

FC Edmonton: Carry momentum – The Eddies’ heroic two-goal comeback against Atlético Ottawa felt like a lifetime ago on Wednesday. Jeff Paulus’ group failed to carry over their good form and fortune, starting with an agonizing first-half penalty save from HFX’s Christian Oxner.

The Brazilian attacking midfielder bagged a brace with two beautifully-taken finishes. Morelli was all over FCE’s defence, recording a match-leading three shots on target and two key passes.