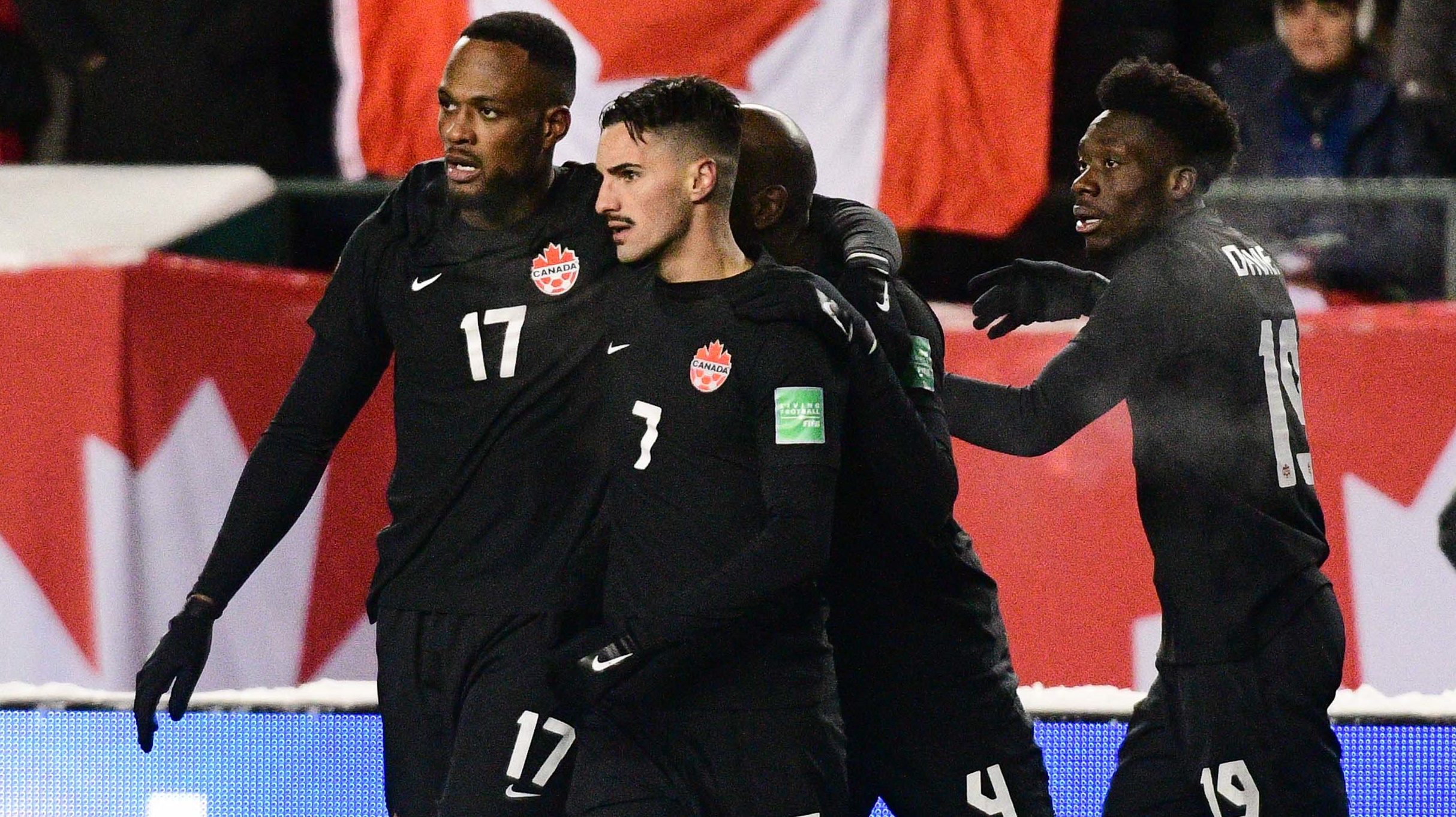 Cyle Larin’s two goals at a snowy Commonwealth Stadium in Edmonton Tuesday night might have just put Canada on the path to their first FIFA men’s World Cup in 35 years.

The Canadian side bested Concacaf giants Mexico 2-1 to go top in the final round of 2022 FIFA World Cup qualifying and, in turn, their chances of qualifying for their first finals since 1986 took a dramatic swing upwards.

Head coach John Herdman elected to make a handful of changes from the side that beat Costa Rica on Friday, most notably Larin replacing goalscorer Jonathan David while reverting to a back-three system featuring the return of Alistair Johnston and Doneil Henry.

Mexico, meanwhile, reverted to a defensive back five – attempting to nullify the pacy Canada attacking core.

Opening proceedings in Edmonton were cagey as both teams looked to break a rough-and-tumble rhythm while adjusting to the icy cold temperatures, which plunged to -10 Celsius by the match’s end.

Chances were few and far between before halftime when Johnston surged forward to lace a right-footed shot from distance mishandled by goalkeeper Guillermo Ochoa… A save landed at the foot of Larin who shifted his body and slotted home a go-ahead goal. Larin’s goal put Commonwealth Stadium on their feet in a flash – and sent Herdman and co. into the break with an advantage.

Larin, of course, struck again after halftime with Stephen Eustáquio’s brilliant free-kick delivery landing on a platter for the Beşiktaş striker, who smacked in a second to become Canada’s joint all-time goalscoring record with his 22nd for Canada, tying Dwyane De Rosario for the record.

Mexico, meantime, managed their first shot on target near the hour-mark and failed to get into the match in an attacking sense until later in the second half. Midfielder Héctor Herrera headed home a consultation prize in the 90th minute and, while things looked nervy for Canada in injury time, they managed to hold on thanks to a brilliant on-the-line save from Milan Borjan.

With the result, their final of a two-match November window, Canada moves to 16 points and a 4-4-0 record in the final round. The top three teams in the eight-team group, known as “the Oct” qualify directly for the 2022 FIFA World Cup while the fourth-place team enters an intercontinental playoff for an additional spot.

Tuesday’s result is just the fourth time Canada has beaten Mexico in 32 tries and sees Les Rouges snag four points off of Concacaf’s top-ranked side in the final round, following a 1-1 draw in the reverse fixture in October.

Canada will return to action in January when they open a three-match international window away to Honduras on January 27. They’re also slated to host the United States and visit El Salvador as well.