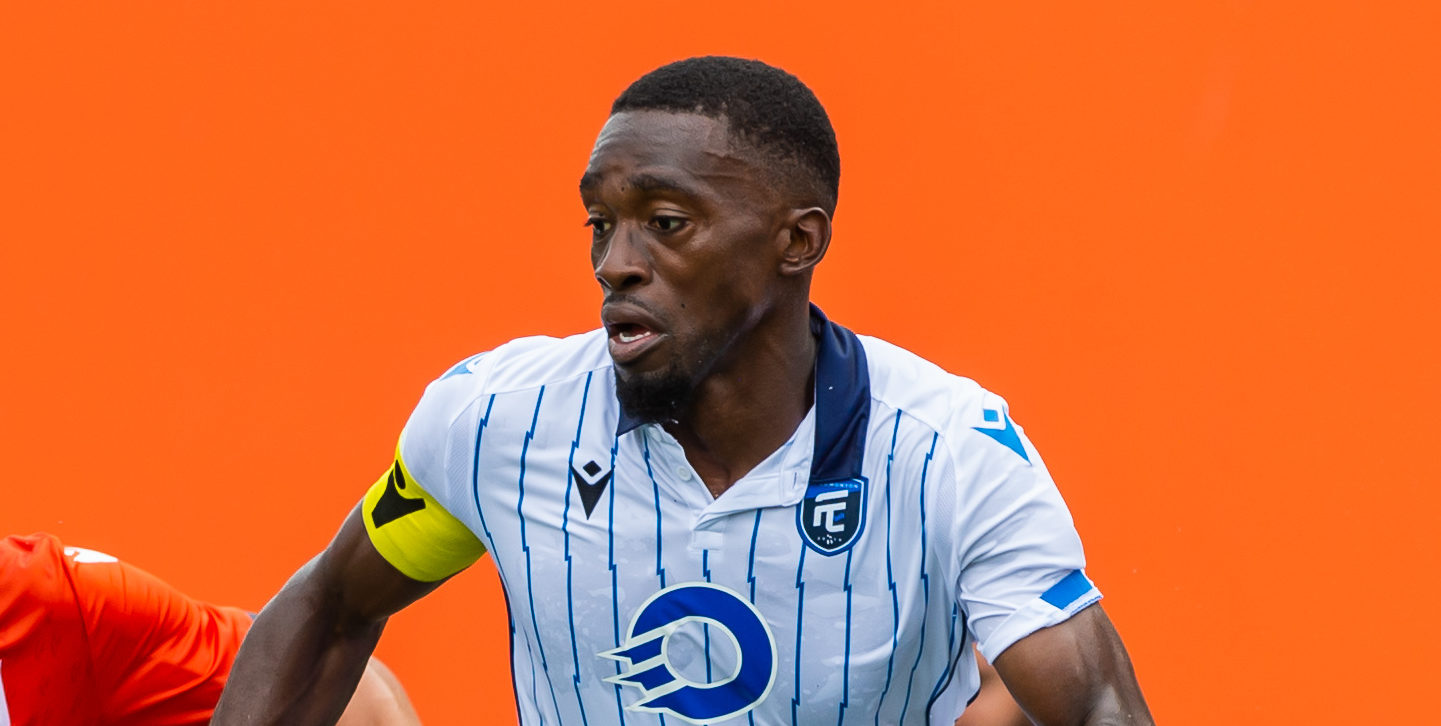 Tomi Ameobi has worn a lot of jerseys in his career.

If you count both the NASL and CPL versions of his current FC Edmonton as separate entities, the 31-year-old Englishman’s professional journey has taken him through 13 different clubs in about 12 years.

Back in 2014, after years of venturing through various levels of English, Finnish, and Icelandic football, Ameobi took his talents to North America, signing for Colin Miller’s FC Edmonton.

“I tell this story over and over; I’m sure people are probably sick of hearing it, but I had no idea where Edmonton was when I first heard of their interest,” Ameobi recently told CanPL.ca.

Having bounced around so much across Europe, Ameobi was keen on a change of scenery, and perhaps a chance at achieving some stability in his personal and professional life.

“Honestly, in the back of my head, I was always like, ‘You know what, it would be nice to settle down somewhere for a couple of years,’ because I’d always been used to hopping around, a year here, two years there, and I wanted to put down some roots. But I honestly didn’t think that would’ve been Edmonton,” Ameobi said.

After scoring plenty of goals in the NASL, and returning to captain the club’s CPL renaissance after a 2018 sojourn with FC Cincinnati, Ameobi has settled in the Albertan capital. He’s a revered figure among long-time Eddies fans, and he was one of the first players Jeff Paulus wanted to bring back when the club joined the CPL.

“I used to joke about it, I used to say, ‘Oh, Edmonton’s home,’ and laugh about it, but it actually is now,” Ameobi said. “I’m married, have a daughter and another one on the way, and we’ve got a really strong support system here.”

The veteran striker is a long way from his original home, in Newcastle upon Tyne, but he’s become embedded in Edmonton.

Priority number one for Ameobi right now is, of course, helping the Eddies on the pitch — namely, scoring more goals. He tells CanPL.ca that, despite the lengthy hiatus over the past few months due to the COVID-19 pandemic, he’s in pretty good shape.

Still, there’s no denying that, for every player, a time comes when thoughts of their life after playing soccer begin to enter their mind. That’s the case for Ameobi, who hinted that he’s very much planning on sticking around in the Canadian soccer community that has adopted him.

“I want to try and stay as close to the game, even when I’m done playing, as I can, because I think there’s a lot of potential that’s still to come from Canadian soccer and the players that we’re producing over here,” he said.

Typically, when a player talks of staying in soccer after retirement, they mean coaching. That’s not necessarily where Ameobi’s thoughts are, however.

As CanPL.ca reported last February, Ameobi has been working toward completing a law degree since returning to the Eddies. With extra time on his hands during the pandemic shutdown, he was able to finish his studies and graduate with his degree a month ago.

“I’m not gonna lie, it did help,” Ameobi said of the past few months of additional free time.

“Obviously anyone who’s studied knows that the last couple of months, that’s when it’s crunch time. Usually we would’ve been travelling here, there and everywhere, playing games, which would’ve made things a little bit trickier, but being home a little bit more I was able to devote more time to getting my degree finished.”

What does that mean for his future, though?

“Obviously my main focus always has been playing soccer, and obviously representing FC Edmonton,” Ameobi assured. “That’ll continue to be my main focus; obviously the law degree, hopefully, will open up other doors once I’m eventually done playing, to support Canadian soccer in any way that I can.”