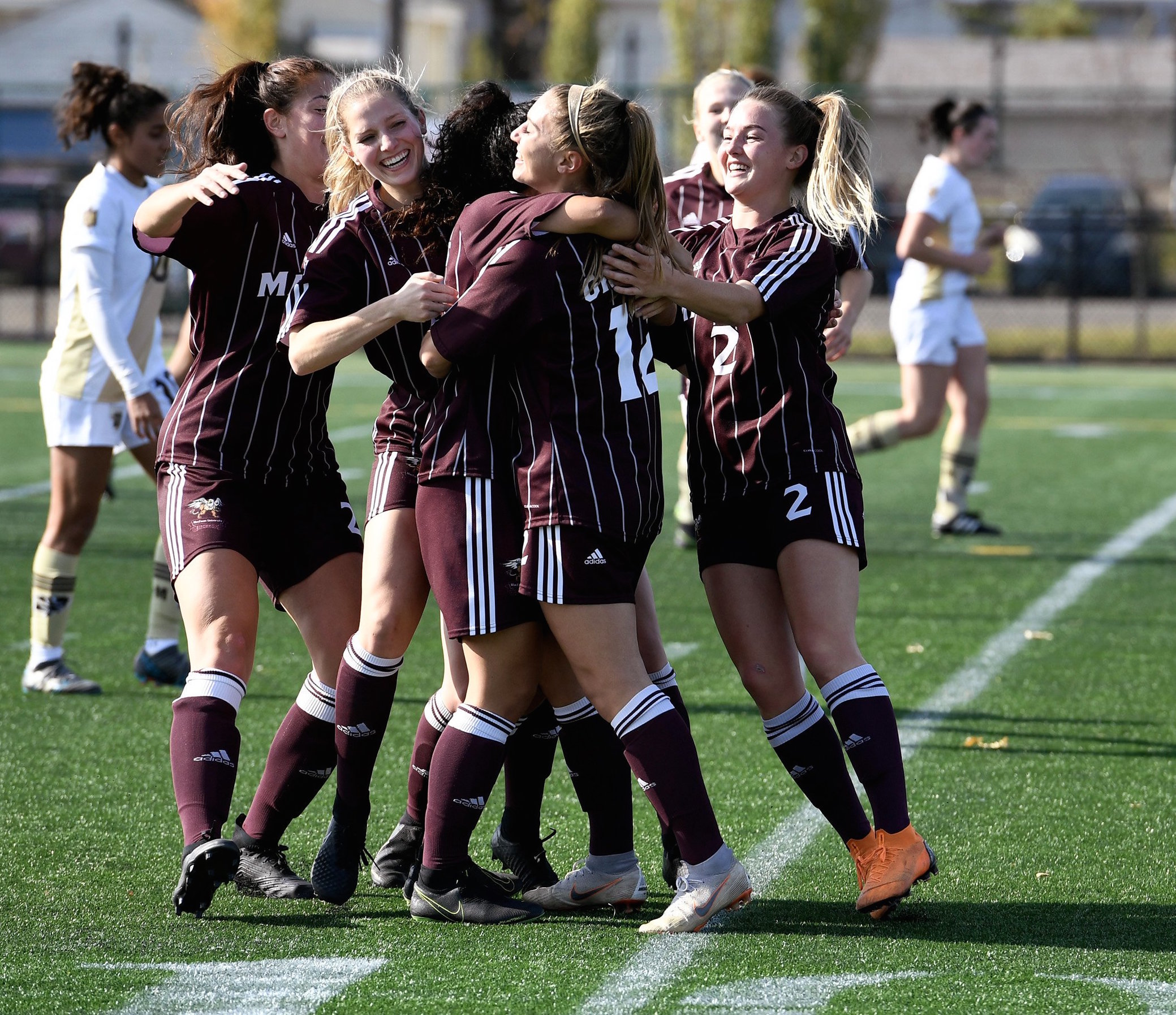 MacEwan Griffins Women’s soccer team are set to host the Canada West Final Four this weekend at Clarke Stadium for the first time in its history.

The Griffs get to host the prestigious championship weekend because for the first time, MacEwan finished at the top of the Canada West standings.

“We are proud to achieve this because for me we are still at the infancy stage in terms of us playing at the U-Sports level,” MacEwan Griffins Head Coach Dean Cordeiro said. “But, with the culture we have created here, it was an expectation of ours to win. We know the quality of our side and these are the goals we set.”

“But for us to accomplish as task this early is very special, especially with so many well established teams already competing against us in our divisions. And now we get to play in our own backyard and that’s a huge advantage.”

This team has been built over time. It is not a fluke that they finished first and are in the Final Four. The Griffins program has been guided by Head Coach Dean Cordeiro, who took over the Griffins soccer program in 2013.

In his first year coaching the Griffins, they were competing in Alberta Colleges Athletic Conference (ACAC) they had to follow Canada West guidelines, but despite a big transitional period, the Griffins went undefeated in the regular season and in provincial championships before winning the national championship.

In 2014, MacEwan moved from ACAC to Canada West, which is apart of U-Sports and the national university league. Being the new kid on the block at the university level posed a lot of challenges, especially when your neighbour is University of Alberta who have been a powerhouse for many years.

“Before in our city, there was only one other university to play with,” Cordeiro said. “Now there are two shows in town. We had to do a lot on the recruiting side, selling your culture and what you do. The environment you put them in, on the field and in the classroom. That’s where we started. And five years later we have grown quite a bit.”

“Early on it was just getting our name out there, outside of our Edmonton community,” Cordeiro said. “We were new at that stage, people knew about us locally, but people outside of our area they probably didn’t. So we tried to attract the best local and surrounding area players. We had some success early on and then we saw a shift in the athletes we started recruiting because then we had players from all over western Canada reaching out to us.”

Now, all that hard work on-and-off-the-field has paid off. Cordeiro has a team that looks complete from back-to-front. The side have shown that they are solid at the back, good in midfield, and have plenty of attackers who can find the back of the net. The only thing missing was some experience, but that comes with time.

“I am a big believer in you have to lose in order to win and that just wasn’t our time,” Cordeiro stated. “We were ahead of schedule early on; we were very young going to those final fours. We lost in our first two attempts in heart-breaking fashion and we just needed a little experience. We were young and that’s normal.”

“But now, those girls who went through all those experiences in the final four, that has matured them as footballers. Now they have that experience to rely on and the growth internally of our team, and having a veteran team for the first time, it’s given us a really good balance.”

But, the time is now for this MacEwan side. They have the talent on the field and a coaching staff that are more than capable of guiding their side to a national championship.

The current side are being led by their veterans who have been apart of the team for five years and will be graduating from the soccer program at the end of the season. The likes of Emily Burns, Jamie Erickson, Suekiana Choucair, Sarah Riddle, and Kristyn Smart have been an integral part of the side throughout the years. All five players are regular starters for MacEwan and without them, this side wouldn’t have got to where they are today.

“They are an extension of the coaching staff when they are out there,” Cordeiro said. “They are our captains and leaders on this team. They are going to be the ones that keep everyone calm and on task. Especially at this stage of the competition because there isn’t much to separate teams. You have to have a good plan and execute and it’s nice to know you have a veteran group that are all in and they’ll buy into the system.”

“We rely on them heavily, they’ve been there and they’ve done it all already. I am super proud of everything they have done with their careers. So we have been blessed to have these amazing student athletes in their prime.”

Finally, the Canadian Premier League (CPL) commissioner David Clanachan talked about the potential of having a professional women’s league in Canada and Cordeiro would be thrilled to see more opportunities for women athletes in Canada.

“I love hearing stuff like that,” Cordeiro added. “The female game is growing so much internationally and you see it with all the professional leagues across the world. With the CPL considering a female side of it would be massive for Canadian football and for these top-end university athletes to have something to aspire to continue playing the game they love. Especially for the grassroots level players to see it’s possible for them to play professionally close to home is a great thing.”

MacEwan will face Calgary Dinos in a Canada West semifinal clash at Clarke Stadium. Kick-off is set for 12:00 p.m., and you can also tune in on Canada West TV.