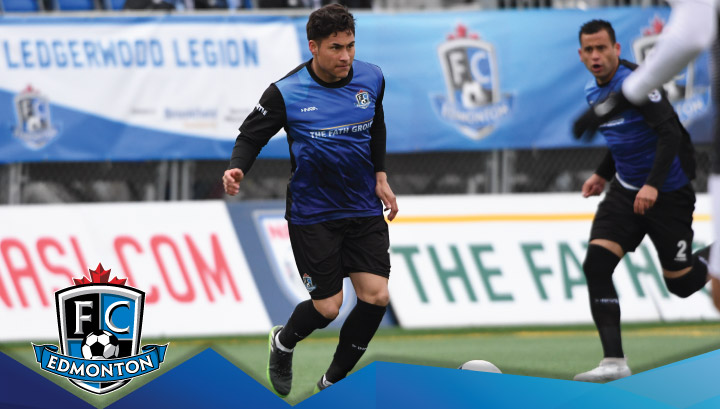 INDIANAPOLIS, IN. — Last season the two sides met in the Championship semifinals, and now FC Edmonton and the Indy Eleven prepare to face one another for the first time since that postseason matchup this Saturday, May 6 at Michael A. Carroll Stadium. Kickoff is at 5:30 PM MT and can be streamed live on NASL.com.

Midfielder Sinisa Ubiparipovic’s first goal for the Eleven was the difference in a 1-0 win over the Eddies last postseason, earning the hosts a berth in the NASL final that ended in a loss in penalties to the new York Cosmos. The finish from Ubiparipovic resolved what was a tight game between the two sides, with FC Edmonton midfielder Sainey Nyassi hitting the crossbar early in the match.

The Eleven have since strung together five straight draws to begin the season (0-5-0), with the club’s 0-0 draw with the San Francisco Delta’s on April 22 setting a modern-era home unbeaten record of 20 games. The Eddies were winless in Indianapolis last season in three matches (0-1-2) and are 4-2-4 overall against the Eleven since 2014.

“We know there’s not a lot between the two teams and we’ve had some terrific games against each other,” FC Edmonton head coach Colin Miller said. “They’re a very well-prepared, very experienced team and they’ve got a wonderful crowd behind them and are very similar to what we are at home. But we’ve done it before coming into Indy and earning points, so there’s no fear in the group at all in making sure on the night we’re the better team and more disciplined at the back and aggressive in the final third.”

FC Edmonton’s visit to the Circle City is the club’s third match in eight days on the road after losing 1-0 midweek in the Canadian Championship to the Ottawa Fury and 2-0 the previous Saturday against Miami FC, stretching the club’s winless streak away from home to 11 matches.

Goals have been hard to come by so far for FC Edmonton at this early point in the season, but Salvadorian international Dustin Corea has helped provide ample opportunity for the club moving forward. He is tied for fifth in chances created (8) and is third in the league in attempted crosses (24) in addition to a goal and assist this NASL season.

Indy forward Justin Braun has started the season off strongly, earning NASL Player of the Month honours for April with three goals and two assists in five matches. Former Mexican international Gerardo Torrado isn’t showing any signs of slowing down at the age of 38 as he leads the Eleven in passes (252) and is second in tackled attempted (13) and tackles won (12).

“We know Zayed and Braun are arguably the best in the league with their link-up play,” Miller added. They do everything they can as a team to get them service in the box, so we have to cut that off as early as possible and minimize the impact those two big guys can have.”

Following Saturday’s match, FC Edmonton return home for the all-important second leg against the Ottawa Fury in the Canadian Championship on Wednesday, May 3 at Clarke Stadium. Kickoff is at 7:00 PM MT and tickets are available at tickets.fcedmonton.com!