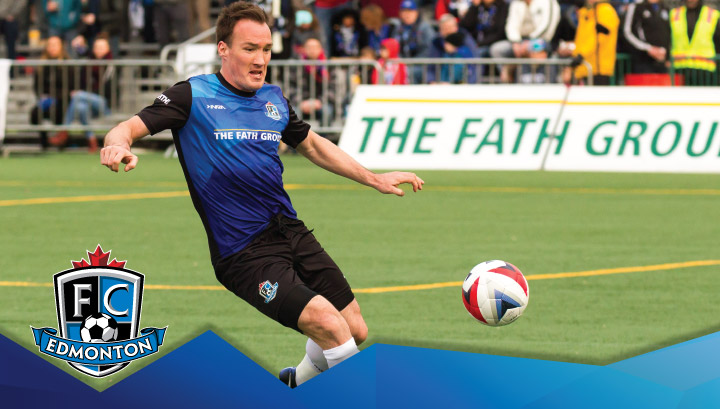 Edmonton and North Carolina both look to secure their first victories of the season after failing to record a win in their first two matches. North Carolina opened its campaign with a 1-1 draw with Miami FC and 3-1 loss to the San Francisco Deltas while the Eddies dropped two 1-0 results to Jacksonville Armada FC in a home-and-home to begin the season.

FC Edmonton won two of the three meetings between the two sides last season, with the home team winning all three contests. The Eddies have the task of kickstarting their season on the road against a North Carolina side that has been tough to break down at home over the past few seasons.

“[North Carolina] have been very good at home and have been for years,” FC Edmonton head coach Colin Miller said of this Saturday’s opponent. “The field they play on is wonderful, but it’s a big pitch and it will be a big ask from us again from a defensive point of view to go down there and try to get a clean sheet. It’s really not about Carolina, it’s about what the Eddies do down there on a Saturday night.”

Despite the lack of goals, FC Edmonton has already shown flashes of its offensive potential through two early matches this season. In addition to the club’s regular, consistent defence anchored by NASL Team of the Week centre-back Albert Watson, the Eddies look to put together the full product to find their first points of the season on the road in North Carolina.

“The guys know we’re playing well and it’s very unfortunate that we don’t have four points at this moment rather than zero,” Miller added. “If the team wasn’t creating any chances, if we weren’t looking dangerous in the attacking third, then we’d be a bit more concerned. Five or six players had good opportunities [to score] on Saturday night. We’ve been in the mindset now of staying as positive as we were with our approach last weekend.”

FC Edmonton defender Karsten Smith is close to returning from a lower body injury and centre-back Abdoulaye Diakité will join the Eddies in North Carolina after missing out on the club’s Home Opener last Saturday due to illness. Former Eddies midfielder Lance Laing, who joined North Carolina in March, could return to face his former club after coming off due to injury in his NCFC debut against Miami and missing last weekend’s match against the Deltas.

FC Edmonton returns under the lights of Clarke Stadium on Saturday, April 22! Tickets are available at tickets.fcedmonton.com. Go #AllTheWayUp with the club on social media this season by using the hashtag to win prizes and help reveal the history of soccer in Edmonton, both past and present.