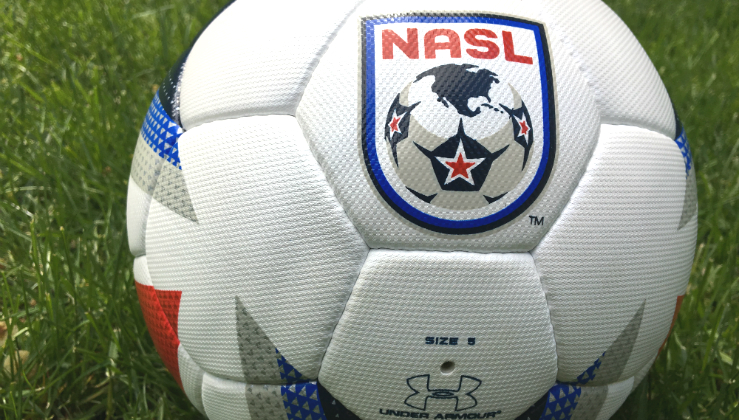 Orange County joins NASL as expansion club for 2018 season
May 10, 2017
by
NASL Communications

NEW YORK (May 10, 2017) – North American Soccer League (NASL) action is coming to Southern California in the spring of 2018. The NASL is proud to announce a new club in Orange County, California, where the league will further expand its West Coast presence.

Pete Capriotti, an Orange County-based entrepreneur who has been a big proponent and fan of local soccer, will be the club’s majority owner and league board representative. Capriotti is the owner of Cotti Foods, which operates 177 Taco Bell, Wendy’s and Pieology restaurants nationwide.

“On behalf of our Board of Governors, it’s an absolute pleasure to welcome Pete Capriotti and soccer fans in Orange County to the NASL,” said Interim Commissioner Rishi Sehgal. “We’re thrilled that such a fantastic market will join the league and we have been impressed with Pete’s vision, passion for soccer, and overall business leadership. The club will be an exciting addition to the league.”

The NASL’s newest club has signed a letter of intent to play its games at Titan Stadium, a 10,000-seat, natural-grass facility located on the campus of California State University, Fullerton. The soccer-specific stadium, which has a successful history of hosting professional clubs and top international friendlies, features seating that is close to the field, allowing fans to sit right on top of the action.

“Soccer has always been a family affair in our house – we all love it,” Capriotti said. “I’m a big fan and supporter of local, grassroots soccer and that’s what this club will represent. It will unite a base of soccer fans who are passionate about the quality of play and experiencing something fun and entertaining. We’re going to find talented players and help develop their careers, while building a championship team that the fans can be proud of.”

The club is currently considering several names in advance of its public launch in June 2017.

Combined with the debut of the San Francisco Deltas, who kicked off their inaugural season in March, the addition of Orange County further solidifies the NASL’s West Coast footprint.

“It’s important for us to have a significant presence on the West Coast, and we’re fortunate to have the right owner bringing NASL energy and excitement to an area that is, without question, a hotbed for soccer,” Sehgal said. “Pete is an extremely successful entrepreneur and we certainly look forward to having his knowledge and expertise in the board room as we continue to expand and evolve as a league.”

“When I decided I wanted to become an owner, the NASL business model was the only one that appealed to me,” Capriotti said. “I like the freedom the NASL gives each club, and the fact that each club owns its player registrations. Overall, I was really impressed with the way the NASL approached our conversations and the amount of detail and overall care they dedicated to the process.”

The NASL, which is currently seven weeks into its 2017 Spring Season, can be seen nationally on a weekly basis through its broadcast partnerships with beIN SPORTS and ESPN. For broadcast listings or general information on the league, visit NASL.com.

The North American Soccer League is a professional soccer league established in the United States, Canada, and Puerto Rico. For more information on the NASL, visit www.NASL.com. Follow the NASL on Twitter and Instagram at @NASLOfficial and Facebook at Facebook.com/NASLFanPage.