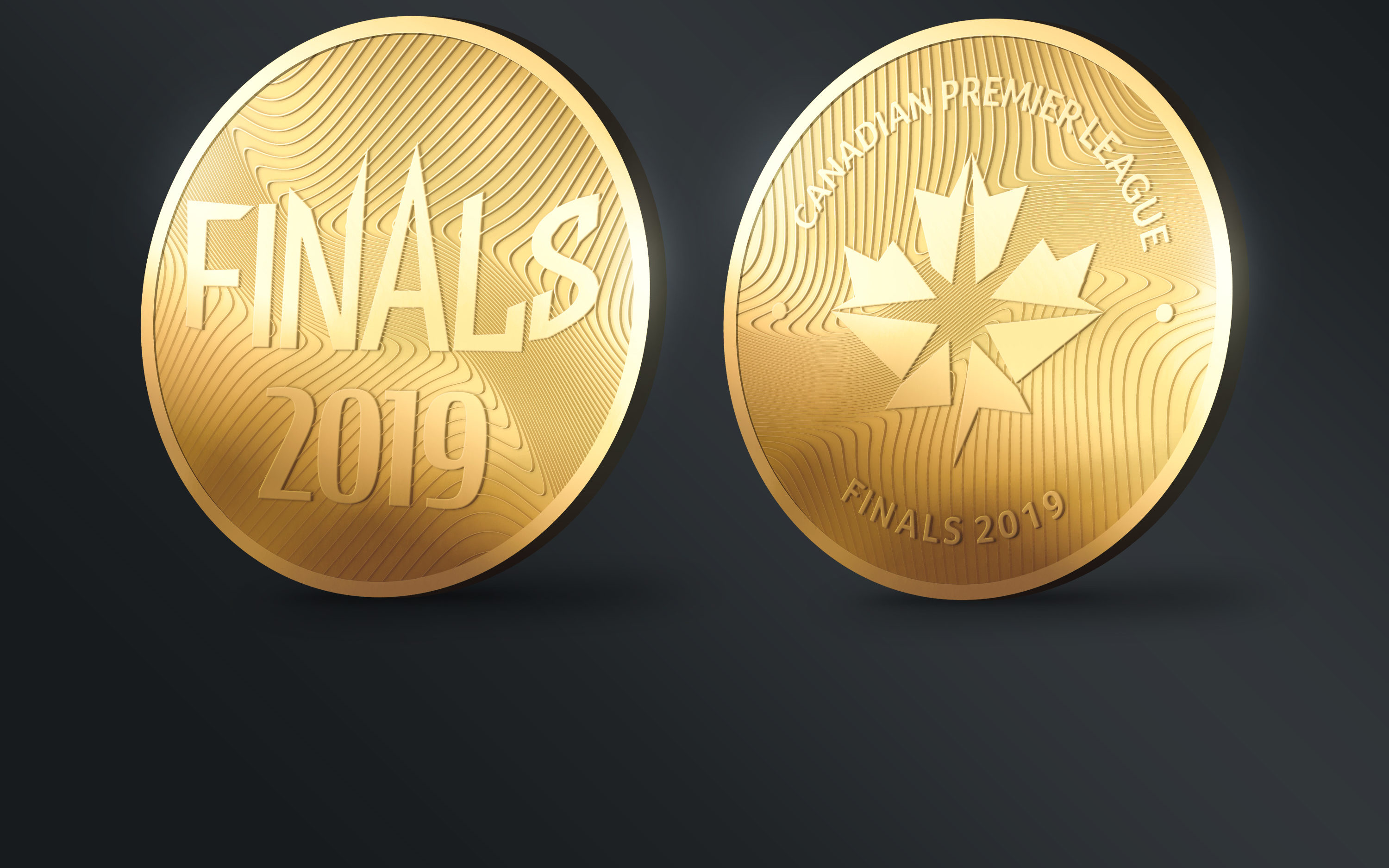 Toronto, ON – (December 13, 2019) – Soccer fans will be able to purchase a keepsake commemorating the historic first Canadian Premier League Finals.

The all gold coin features an etched Canadian Premier Finals 2019 logo on one side and on the flip side the Finals 2019 wordmark and is the same coin used by the referees during the coin toss ceremony at the two-legged Finals match-up between Forge FC and Cavalry FC that ultimately crowned Forge FC as Champions. Each coin is numbered and comes in a keepsake box.

Two Hundred and Fifty limited-edition coins will be made available to consumers to purchase via a lottery system that will open on Monday, December 16th at 12 PM EST. Anyone interested in purchasing one of these coins through the lottery system will be required to register with a credit card at canpl.ca/coin-lottery or through the Centre Circle App, the official app of the Canadian Premier League. The lottery will close on December 19th at 12 PM EST. Winners will be randomly drawn and contacted within 48 HRS of the lottery closing and their payment will be processed in that time. The lottery is limited to one entry per person.

The Canadian Premier League 2019 Finals Coin will retail for $39.99 CAD and will include free shipping.
Download the app: http://onelink.to/gu8c97 and check back for more details about this unique, once-in-a-lifetime opportunity.

Canadian Premier League (CPL) is Canada’s professional men’s soccer league debuted on April 27, 2019. Playing in world-class and unique venues, and partnering with strong community-led ownership groups, the CPL is a league for Canadians by Canadians that will bring professional soccer to communities coast-to-coast.

For updates and more information, please go to CanPL.ca.
Connect with us on Twitter: @CPLsoccer and #CanPL