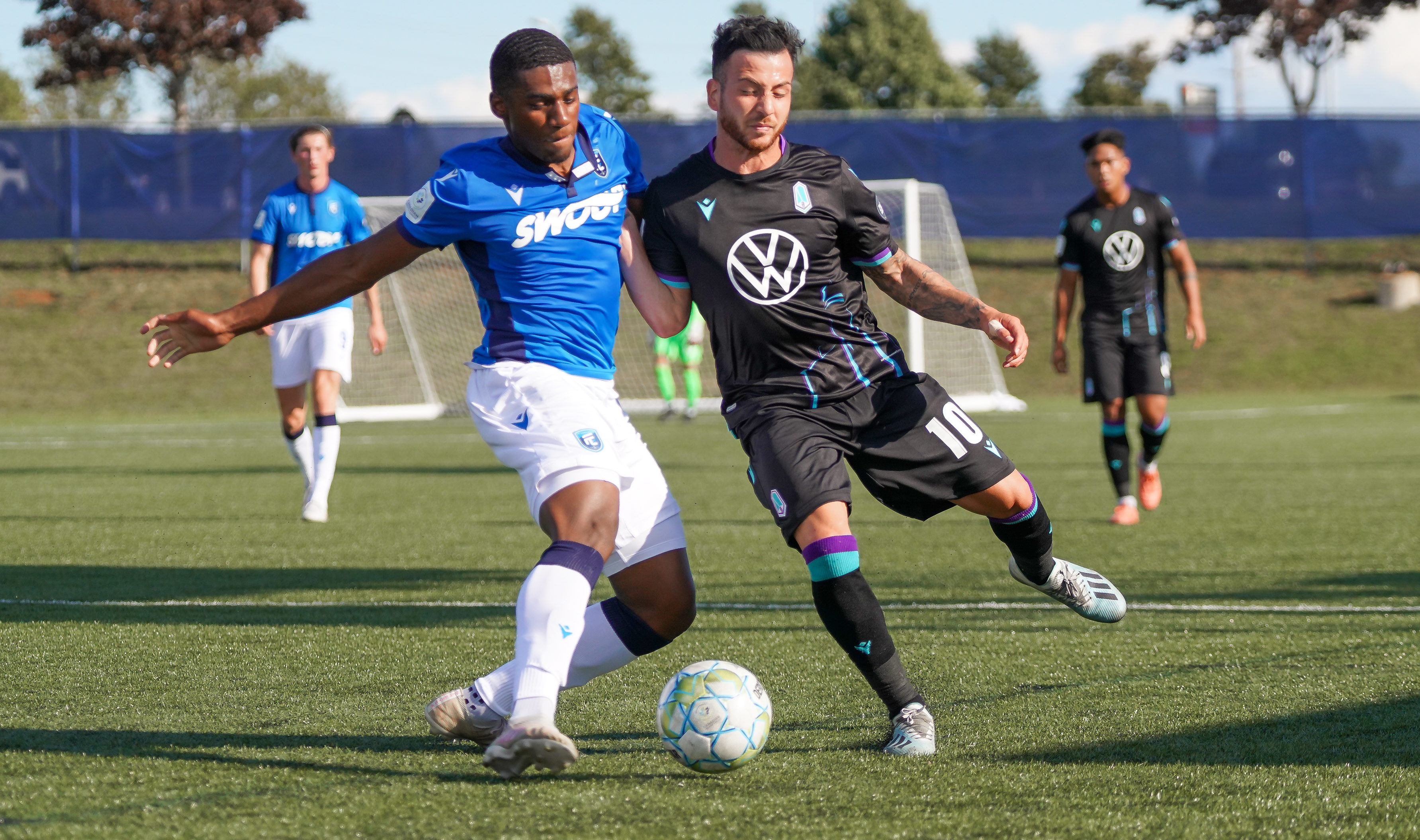 The team from Vancouver Island came achingly close to being voted off the island at The Island Games.

Facing a must-win situation, Pacific earned a dramatic come-from-behind 2-1 victory over FC Edmonton on Sunday in the final game of the opening group stage. Marco Bustos was the hero of the day for the Tridents, scoring the winner with five goals remaining in regulation time to send his team through to the next round and send York9 FC home.

With the win, Pacific finished the opening group stage in fourth place (11 points) and clinched a second-round berth at The Island Games. Had Pacific suffered a loss or draw, they would have been eliminated, and York9 would have finished fourth. Instead, Y9 wound up fifth in the table with 10 points and is eliminated.

FC Edmonton finished at the bottom of the standings, with no wins and just one point in seven matches.

The game started at a frantic pace, with both teams bombing forward in attack. The first chance came via a Pacific counterattack in the 15th minute that ended with Josh Heard’s attempt on goal deflecting off the crossbar. Just before the half-hour mark, Edmonton’s Jeannot Esua flashed a header over the crossbar.

Pacific struggled to create much in the final third in the first half, as Edmonton’s defence, anchored by Amer Didic, frustrated the Tridents at every turn.

🎙@PlattOli: "Pa, what do you make of @PacificFCCPL's performance so far?"

Kah must have been fuming early in the second half when Edmonton took the lead. Pacific goalkeeper Callum Irving let a corner kick delivery from Edmonton’s Ramon Soria slip through his hands, and Easton Ongaro was there to poke it home from inside the six-yard box.

Pacific quickly fought back and levelled the score as Josh Heard scored from close range after Edmonton couldn’t clear its lines after a low free kick played into the box.

The Tridents should have had a penalty call in their favour minutes later when the ball went off Soria’s arm inside the Edmonton box. The referee waved play on, though.

The Tridents completed the comeback late in the game. Kadin Chung played a simple pass to Bustos, who curled a gorgeous shot from inside the box into the top far-right corner of the net. The goal was Bustos’ third of the season.

Pacific will be back in action on Wednesday, the first matchday of the second round at The Island Games.

Pacific FC: Final execution – The Tridents had plenty of buildup play, but the end product in the final third of the pitch was lacking in the first half. Their first shot on target didn’t come until early in the second half. After that, Pacific looked more dangerous, with Josh Heard and Marco Bustos finishing off their scoring chances with aplomb.

FC Edmonton: Play for Paulus – Coach Jeff Paulus hinted that management might need to make a change next season after the Eddies were eliminated last week. His players put in a spirited and determined effort on Sunday, playing as though their coach’s future was at stake.

The attacking star continued his MVP season in PEI with another solid 90-minute performance, highlighted by his winning goal that clinched a second-round berth for Pacific.