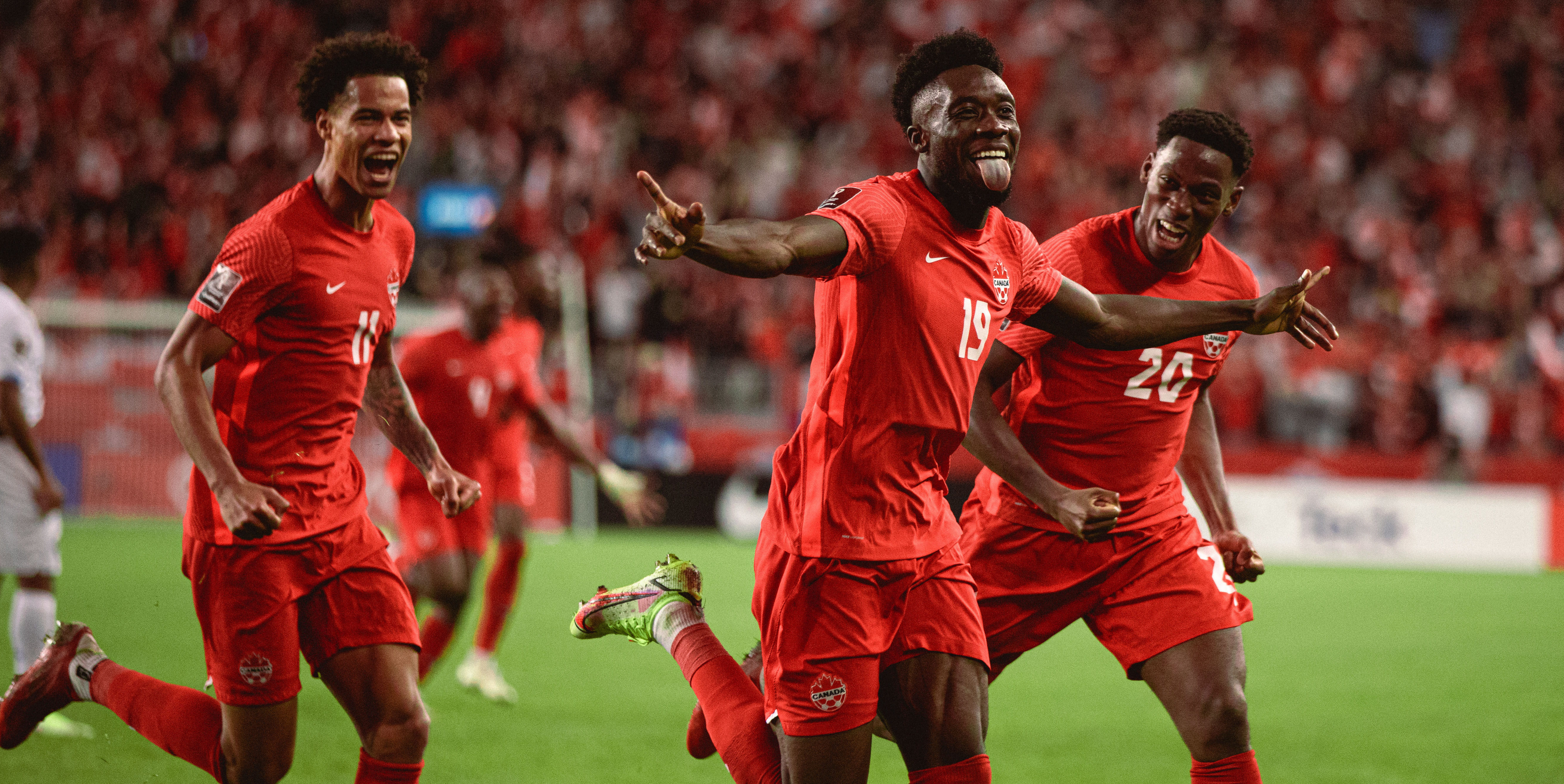 Is it that time again already?

Indeed, just under a month after that magical night at BMO Field against Panama, the Canadian men’s national team is back in action on Friday as they host Costa Rica in FIFA World Cup Qualifying. Though Canada are at home again, the backdrop will have changed drastically: this window, they’ve taken their talents to Edmonton Alberta, to play both Costa Rica and Mexico (Nov. 16) at the Commonwealth Stadium.

This first outing against Los Ticos will be Canada’s seventh game in this final Concacaf round of qualifying for Qatar 2022. After six games, the Canadians sit third in the eight-team round robin (otherwise known as the Octagon) with two wins and four draws, which means they occupy the final position for automatic qualification to the World Cup so far — behind only Mexico (14 points) and the United States (11). In Canada’s three games in October, they pulled out resilient draws away from home in both Mexico and Jamaica, before returning home for a resounding 4-1 win over Panama. John Herdman’s Canadian side is, so far, one of just two unbeaten teams so far in the Octagon, alongside the Mexicans.

Tickets for the matches against Costa Rica 12 Nov and Mexico 16 Nov in Edmonton are still available.

Costa Rica, meanwhile, sit just outside the qualification places. After six games, Los Ticos are 1-3-2, which puts them in fifth place with six points. Their last window was reasonably successful, with a draw on the road in Honduras followed by a 2-1 home win over El Salvador, and then a 2-1 loss in the United States. At the moment, Costa Rica are third-highest in the FIFA World Rankings among Concacaf teams, sitting 45th — not too far ahead of 48th-ranked Canada.

The Costa Ricans, currently coached by Luis Suárez (no, not that one), have qualified for four out of the last five World Cups, going to the quarter-finals in 2014 after winning a group with Italy, England, and Uruguay. The current squad for this match has 10 players returning from the group that played at the 2018 World Cup in Russia.

These two sides do have some recent history between one another. Back in July, they met in the Gold Cup quarter-final, where Canada saw off the Costa Ricans with a convincing 2-0 win thanks to goals from Junior Hoilett and Stephen Eustáquio. All-time, though, Canada doesn’t have the greatest record against this opponent — in 22 meetings, Canada has won five, drawn nine, and lost eight times.

In fact, in nine games against Costa Rica on Canadian soil, Canada have won just once (in 1997), losing four and drawing four. The two teams have met at Commonwealth Stadium in Edmonton twice before, the most recent being a 1-0 win for Costa Rica in a 2013 friendly.

This time, in front of a boisterous Edmonton crowd on a chilly November night, Les Rouges will be quite confident in turning that record around.

Ever since Canada Soccer revealed that this window’s matches would be played in Edmonton, coach John Herdman has been consistent with a trio of reasons for heading to Alberta this time around. First, of course, is the weather: current forecast for Friday night in Edmonton is about one degree Celsius, which contrasts sharply with the 25-degree average of the past few days in San José, Costa Rica. Then, there’s the cavernous Commonwealth Stadium itself; Herdman has spoken glowingly of the atmosphere there during the 2015 Women’s World Cup, especially when Christine Sinclair scored a 92nd-minute penalty against China to deliver victory in Canada’s first match in front of 53,000 fans. That’s an atmosphere Herdman and co. are very keen to see now on the men’s side.

Then, of course, the third factor: Friday night will be a long-awaited homecoming for Alphonso Davies. The 21-year-old has never played a match as a professional in his hometown; in fact, he hasn’t played there at all since he was about 13 years old. Last week, he told reporters about his memories of Commonwealth Stadium — apparently he snuck into a Grey Cup game there once — and underlined his excitement to at last play in front of so many of his friends and family. All in all, there’s a lot going for Canada in this game, especially having been headquartered in Edmonton all week in order to prepare. That said, this home advantage does also increase the pressure on the Canadian side, especially in this Costa Rica game. They’ll need to be at their best to make this the special night they want it to be.

Canada can lean on improved depth in two-match window

With just two games in this window rather than three, John Herdman may not need to stretch his squad out as much as he might have in the last few World Cup Qualifying matches. That said, this will still be two high-pressure, energetic matches within five days of each other — on a turf pitch in the cold — so Herdman won’t want to wear anybody out in the first game.

However, since this is a two-game window without any travel for Canada (another, perhaps underrated, advantage), Herdman can get the most out of his squad in both games and won’t need to worry quite as much about preserving fitness for the tight turnaround.  How exactly Canada choose to line up will be an interesting thing to watch; with more options available to Herdman in the last window (that is, Cyle Larin, Lucas Cavallini, and newcomer Ike Ugbo) for the attack, we might see him reveal some new tactical trickery to fit several into the lineup together. Jonathan David and Larin, in particular, might both start, with Davies moving to a fullback or wingback role. There’s no Junior Hoilett in this camp, which will be a detriment to Canada’s attacking versatility, but they have plenty of options nonetheless.

In midfield, there’s another factor Canada didn’t have in October: Atiba Hutchinson. The veteran returns to the squad after missing the last camp with injury. Adding him to a midfield group that already includes Stephen Eustáquio, Mark-Anthony Kaye, Jonathan Osorio, and Samuel Piette, among others, makes this one of the deepest groups in the Concacaf region. Herdman can probably only choose three of that group to start against Costa Rica, but he has very capable options at his disposal for tactical substitutions in the second half.

Experience in Costa Rican side despite key absences

Los Ticos have long been, arguably, the best Concacaf team not from Mexico or the United States — in fact, they were significantly better than the latter in the last qualifying cycle. Costa Rica have only missed one World Cup in the 21st century (South Africa 2010), and they certainly have a squad capable of getting them to Qatar. However, their current generation of players is definitely on the older side; captain Bryan Ruiz of Alajuelense, a veteran of 136 caps and two World Cups, is now 36, with other key players like Johan Venegas and Celso Borges (both at Alajuelense as well) north of 30 too. Still, these experienced players have seen a lot, both in Concacaf and on a larger stage.

Likely starting in attack for Costa Rica will be 29-year-old striker Joel Campbell, who currently plays in Mexico for Monterrey but has previously suited up in La Liga, Serie A, and the English Premier League (over two seasons with Arsenal). He’s scored 21 goals in 107 caps for Costa Rica in his career, and he’ll probably be their most dangerous scoring threat alongside Ruiz. In recent games, Costa Rica have often gone with Campbell, Ruiz, and Venegas together, and a lone target man such as José Guillermo Ortiz up front.

Luis Suárez’s side will be without some key members in this game, though. Chief among the absences is goalkeeper Keylor Navas — the 34-year-old formerly of Real Madrid and now of Paris Saint-Germain fame — who will miss the trip to Edmonton due to injury (although apparently he’ll be back for their match next week), with Alajuelense shot-stopper Leonel Moreira likely to get the nod. Costa Rica will also be missing defender Rónald Matarrita of MLS side FC Cincinnati, who started all three games of the last window at left-back. Despite the absences, though, this Costa Rican side has plenty of experience to match up against the young Canadians.