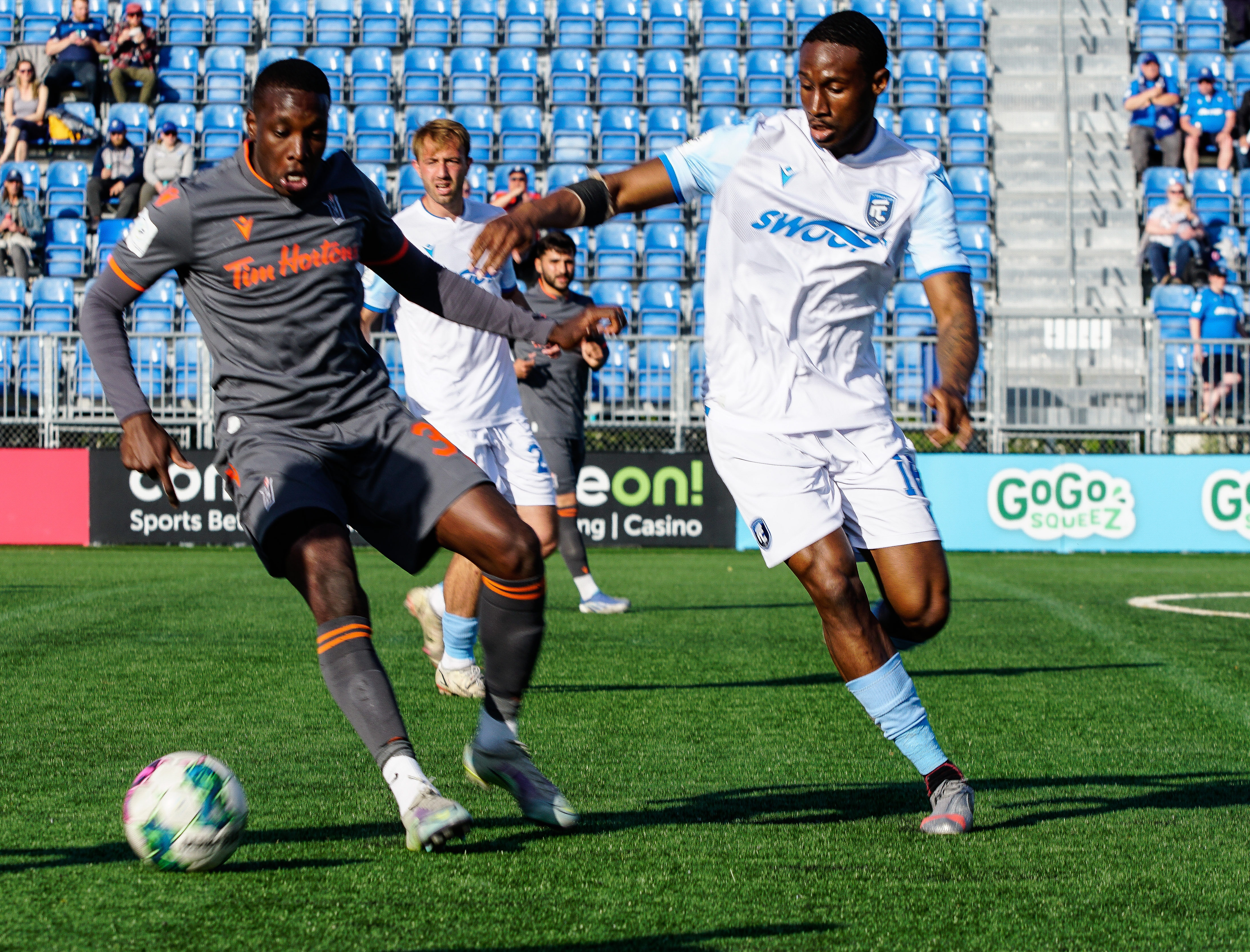 Forge FC can secure their spot in the playoffs for the fourth season in a row on Sunday afternoon when they take on FC Edmonton at Clarke Stadium.

They got some help from local rivals York United on Friday night, as The Nine Stripes defeated Valour FC 3-1 at York Lions Stadium. With Valour failing to get any points, Forge can punch their ticket to the postseason by defeating FC Edmonton, a draw or loss would not do anything in that regard.

If past history is anything to go by, Forge has won all three prior meetings this season and done so in a somewhat convincing fashion. Their first meeting of the year came in April at Tim Hortons Field, and the home side picked up three points with a comfortable 3-0 victory thanks to a brace from Terran Campbell and another goal from Tristan Borges.

The second meeting was the Tristan Borges show, as the former CPL Player of the Year scored a hat trick on the road at Clarke Stadium, accounting for three of his six goals on the season. The Eddies scored three times in that match as well in a wild back-and-forth contest in the Alberta capital, including a late goal from Kairo Coore with just a few minutes left in the 90, but unfortunately for them, Bicou Bissainthe was responsible for an own goal just after the hour mark and Forge would win that contest 4-3.

Most recently, on July 19, Forge welcomed The Eddies back to Hamilton, and dominated them in a match that Edmonton head coach Alan Koch has described as “men against boys”. By halftime, it was already 4-0 after a brace from Woobens Pacius, an Olimpico from Kyle Bekker and another goal from Aboubacar Sissoko, and while the scoring would slow down after the break, it was a comprehensive victory for the red-hot Hammers. Coore again scored against Forge with a 57th-minute tally, but Pacius completed his hat trick in the 74th minute to cap a 5-1 thrashing.

The Eddies, who have been playing some good football lately even if the results haven’t always demonstrated it, will be looking to avoid the season sweep on Sunday. They’re coming off a 1-0 home defeat to provincial rivals last weekend, while Forge head to Alberta following a 1-1 draw last weekend at Starlight Stadium.

Forge will be missing their goalscorer from that match, their impressive young midfielder Alessandro Hojabrpour, who has to serve a one-match suspension after picking up his fourth yellow card of the season last weekend. Captain Kyle Bekker also misses out as he serves the second of a three-game ban for violent conduct in a match against Cavalry FC the weekend prior.