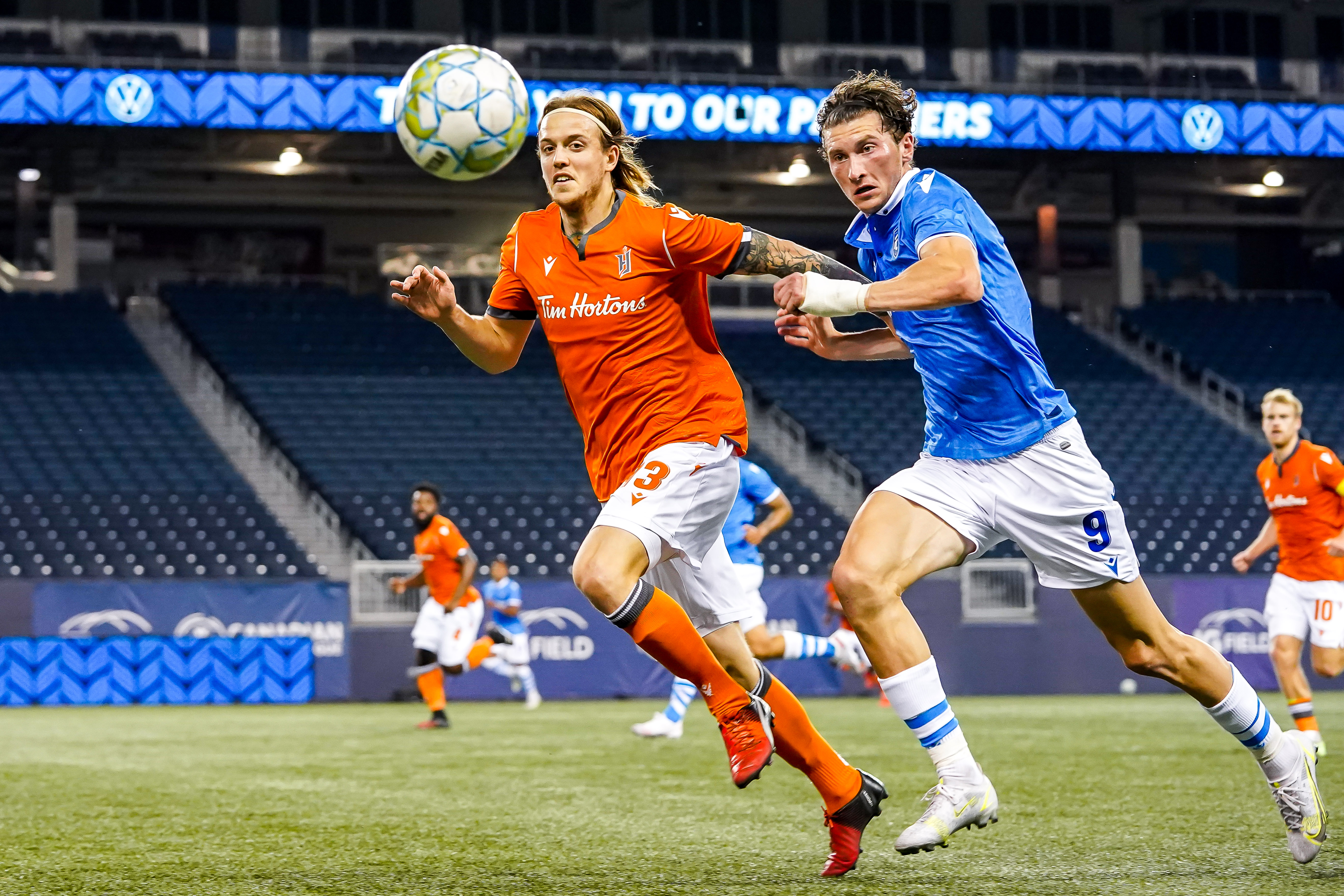 FC Edmonton’s 2021 season comes to an end on Saturday, as they host league leaders Forge FC at Clarke Stadium.

The home side sits at the bottom of the CPL table, with 25 points through 27 matches, just one point back of seventh-placed Atlético Ottawa. Forge are at the opposite end of the standings, locking down first place earlier this week with two more regular season games left to play still.

The Hammers beat York United at York Lions Stadium on Tuesday to secure top spot, beating The Nine Stripes 3-1 in a rainy 905 Derby. Tristan Borges and Daniel Krutzen gave the visitors a 2-0 lead in the first half, before Lowell Wright brought York back within one just after the break. Alexander Achinioti-Jonsson sealed the win with a 73rd-minute goal, confirming home field advantage throughout the CPL playoffs.

The Eddies, meanwhile, last played on November 6, an exciting encounter with Valour FC. They jumped out to a 3-0 lead, with goals from Tobias Warschewski, Amer Didic and Azriel Gonzalez. With just over 10 minutes left in the match, and needing a win to keep themselves in the playoff race, it seemed as though Valour’s season was over, but Moses Dyer had other ideas.

The New Zealand international scored in the 78th and 81st minutes, and set up the tying goal for Daryl Fordyce in the 88th minute. Despite the incredible ending for Valour, they were unable to find a fourth, and FC Edmonton’s early onslaught was enough to hold on for a 3-3 draw.

Forge and Edmonton have squared off twice in 2021, both times during the bubble in Winnipeg at the start of the season. In the first meeting on Canada Day, late goals from Ramon Soria and Jeannot Esua saw The Eddies pick up their first points of the season and a 2-0 victory over the back-to-back champions.

The rematch two weeks later went the opposite way, as a Mo Babouli penalty saw Forge avenge their early season defeat with a 1-0 win.

FC Edmonton have historically done well against The Hammers, beating them three times in their seven total meetings. Forge has won four times, and they played out a 1-1 draw in the inaugural 2019 season.

“This is their last game of the season, this is a team that the standings is not indicative of the quality of the team and what they’ve been able to do. They’ve had a lot of good matches, they’re a team that works very hard on the pitch in every single line. For them, their players, there’s a lot of motivation into tomorrow’s game… a team with players maybe who want to prove something a little more to their coaches going into the offseason.” — Forge FC head coach Bobby Smyrniotis