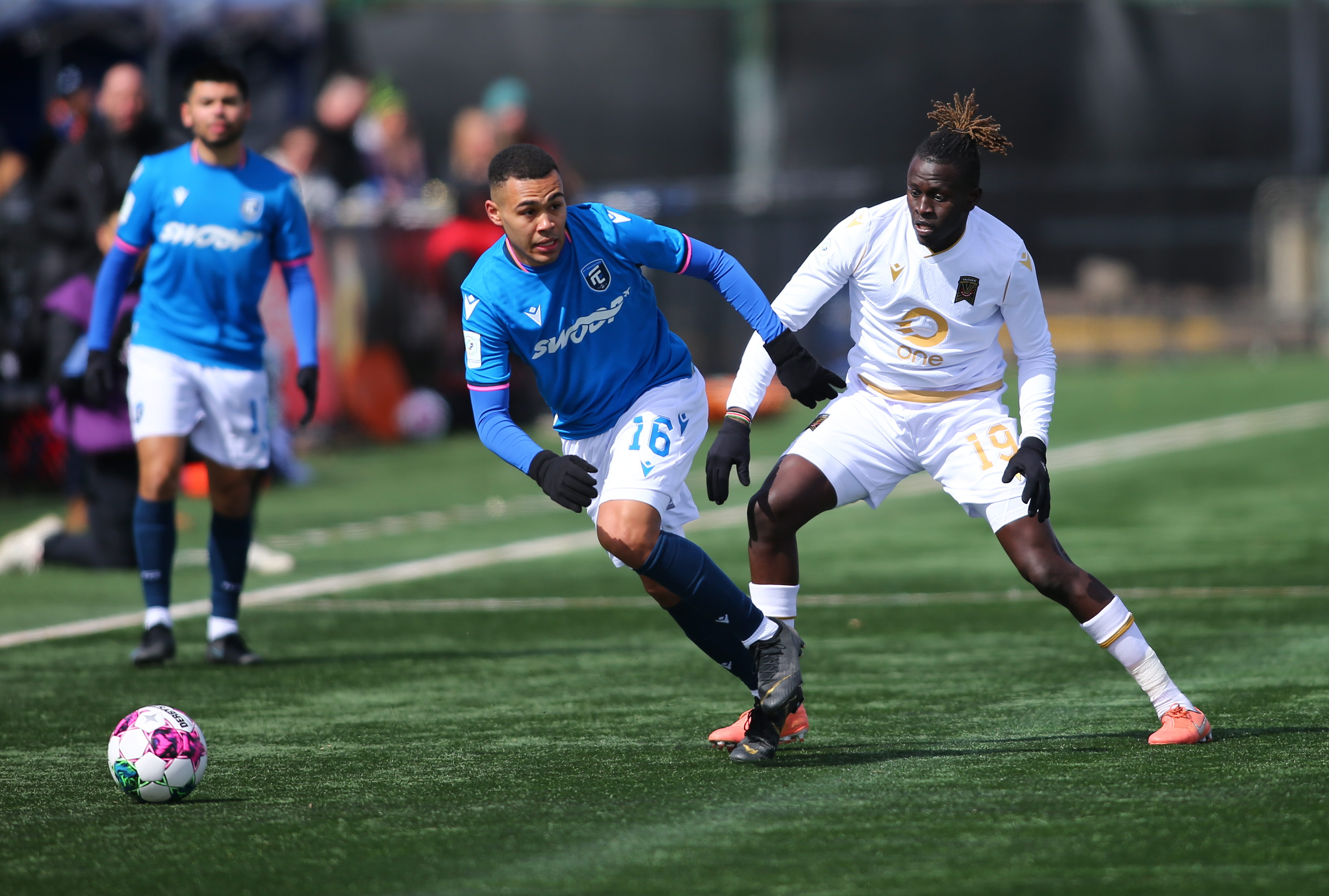 The final weekend of the 2022 Canadian Premier League regular season is upon us, and the year will end in the same place it started for both FC Edmonton and Valour FC. The two sides square off at Clarke Stadium in Edmonton on Saturday afternoon, the same place they played their season-openers all the way back in April.

That match ended in a 1-1 draw, thanks to a pair of stoppage time goals, a curled shot from Andy Baquero at the end of the first half and an incredible bicycle kick from Tobias Warschewski in the 95th minute to steal a point for The Eddies — one of the most memorable moments of the 2022 season thus far.

GOAL OF THE SEASON ALREADY!!🐇

The next two meetings between these sides, both at IG Field in Winnipeg, ended by the same scoreline. On June 5, a 32nd-minute goal from Mamadi Camara had The Eddies on the verge of their first win of the season, but William Akio scored a 94th minute goal for Valour to rescue a point — payback of sorts for how the first meeting ended.

It was Valour who scored the opening goal in the August 21 match at IG Field, with Sean Rea scoring three minutes into first half stoppage time, but a goal from Azriel Gonzalez two minutes after the second half kicked off canceled it out, and that game would also end 1-1.

This game is meaningless in terms of positioning in the table or playoff possibilities — Edmonton were eliminated a long time ago, and Valour have fifth place locked up — but both sides will want to end the season on a positive note.

The Eddies in particular, after a difficult year due to their situation off the pitch, have had a tough go of things, but having picked up all three of their wins this season at Clarke Stadium already, will want to have one more strong performance in front of their loyal fans. Valour, meanwhile, stressed the importance of approaching this game like any other after their loss last weekend to Cavalry, and will be keen for three more points as well.

Edmonton will have a boost in that Gaby Bitar — one of their best players this season — will finally return from injury after a spell on the sidelines with an injury, but will be without CJ Smith and Luke Singh, who are both suspended for this one. Stefan Cebara is suspended for Valour, while Diego Gutierrez and Moses Dyer are out through injury.

“Edmonton is Edmonton. It’s a team that throughout the season, playing at home, they’re difficult to break down. They’re dangerous in transition. They’ve had some of their best results at home, and I think they want the same — they want to finish on a high note, and I expect a difficult game.” — Valour FC head coach Phillip Dos Santos