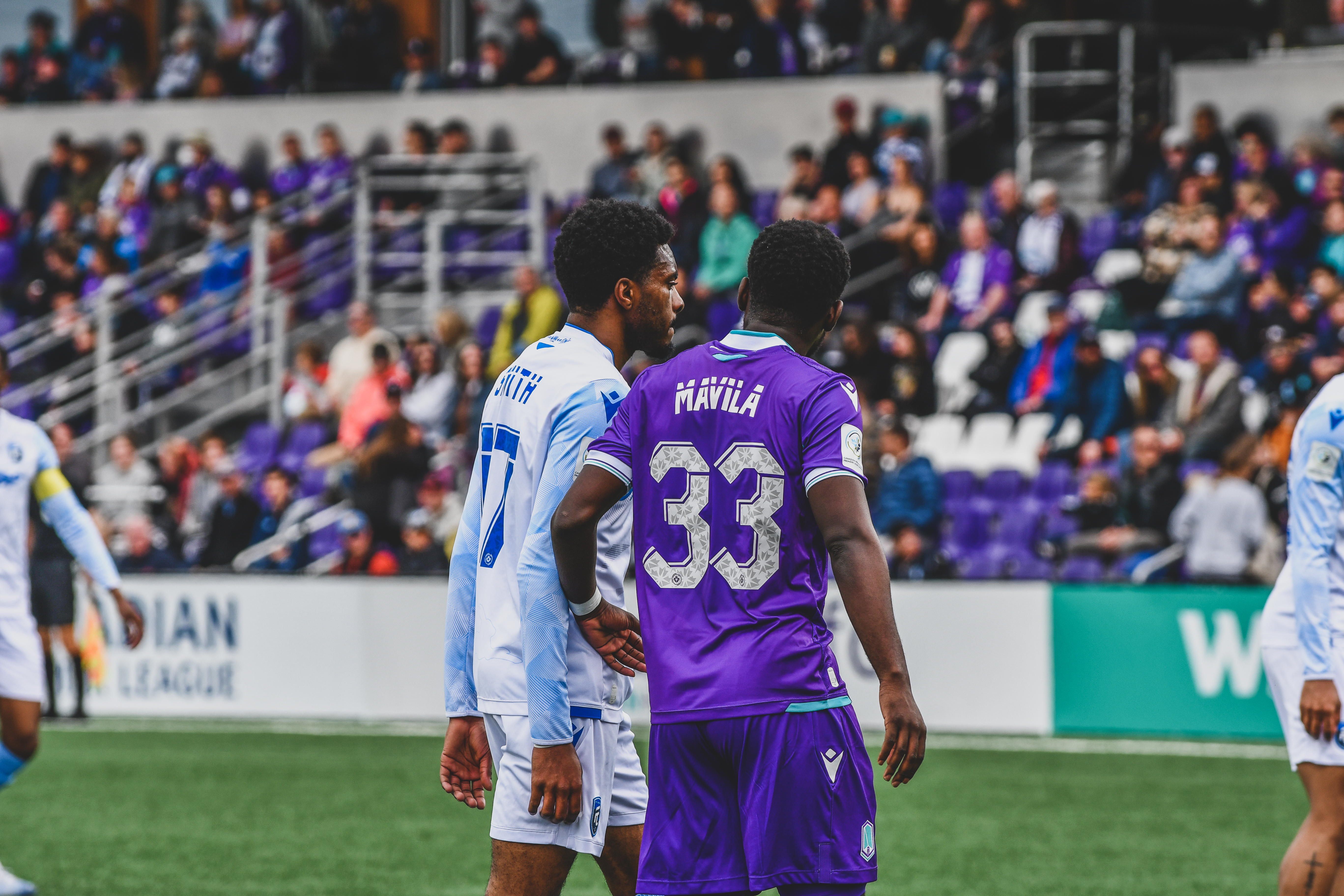 It’s the penultimate matchday of CPL action, and there’s still everything to play for at the top.

With just Atlético Ottawa having booked a spot in the playoffs, that means that there are just four teams still in the race for the three spots up for grabs at the moment.

Along with the fact that four teams still remain in the race for the inaugural CPL regular season title, there is still plenty still left to be decided over the last couple of weeks, even if the playoff race narrowed from seven to five this past weekend.

One of those five teams? Pacific FC, who thanks to a big 2-0 win over the Halifax Wanderers, have certainly made things interesting now here, as they get set to host FC Edmonton at Starlight Stadium on Friday.

There, the defending ‘North Star Shield’ champions have a big chance to book their spot back to the big dance, as they’ll clinch a playoff spot this weekend as long as they better whatever Valour’s result ends up being in their game against Cavalry on Sunday.

As a result, a win over Edmonton Friday would be huge, as it’d force Valour to have to win in order to keep Pacific from clinching this matchday, putting a lot of pressure on them ahead of their Sunday game.

Because of that, having picked up that crucial 2-0 road win earlier this week, spirits are high in Pacific’s camp right now. After a tough stretch, they appear to have gotten their swagger back, and will look to prove that with a strong game here against Edmonton, even if they’re on short rest ahead of this one having played on Tuesday.

“Yeah, I think it’s about our mentality, mind over matter,” Pacific FC head coach, James Merriman, said this week. “Players need to accept it. They know that it’s going to be tight.”

“So I think we just need to have a mentality of accepting it and getting on with it, as everybody knows how important the game is for us.”

Meanwhile, Edmonton is just looking to finish off the season on a high note. The first team out of the playoff race, they’ve kept fighting despite that, doing their best to play spoiler for the other teams still in the hunt.

Which, as they proved the last matchday, when they drew Forge 1-1 at home, is something they can very well still do at this stage, and will look to prove again versus Pacific.

Having grown each match out, Edmonton is looking to build momentum ahead of 2023, and there’s no doubt that picking up a win over Pacific, which would be their first road win of 2022, could help them do just that.

“Yeah, we’re excited to go play another game,” Edmonton head coach, Alan Koch, said this week. “We’ve only got two games left. So we want to try to savour, enjoy and embrace the last two games, and we’re excited about that.”

Therefore, while this might be a game between one team with playoff aspirations and one team out of the race, both teams will certainly be up for it, which should make for an entertaining game.

“The group did come together for that game, the spirit and energy in the locker room in the day leading to the match was very, very good. And everyone had a good feeling going into the game and everybody performed well, so we got the job done, which was most important after all those delays. So now we come home with a good spirit in the team. We know it’s a tight turnaround for this match, but now it’s just up to us to have the mentality to be up for this game tomorrow night.” –– Pacific FC head coach James Merriman.

“I’m excited that these are big games for our opponents because it gives us the right type of test that we want for our group. We don’t want to play games that don’t really mean anything, where both teams could just go in and go through the motions, as I don’t think that would help us in terms of what we’re trying to do with our players. So I think it’s a good thing for our group that these are important games, they’re big challenges. We know Pacific will come out of the gates flying, but those are the types of challenges we want, we want to play good teams and play meaningful games.” — FC Edmonton head coach Alan Koch.