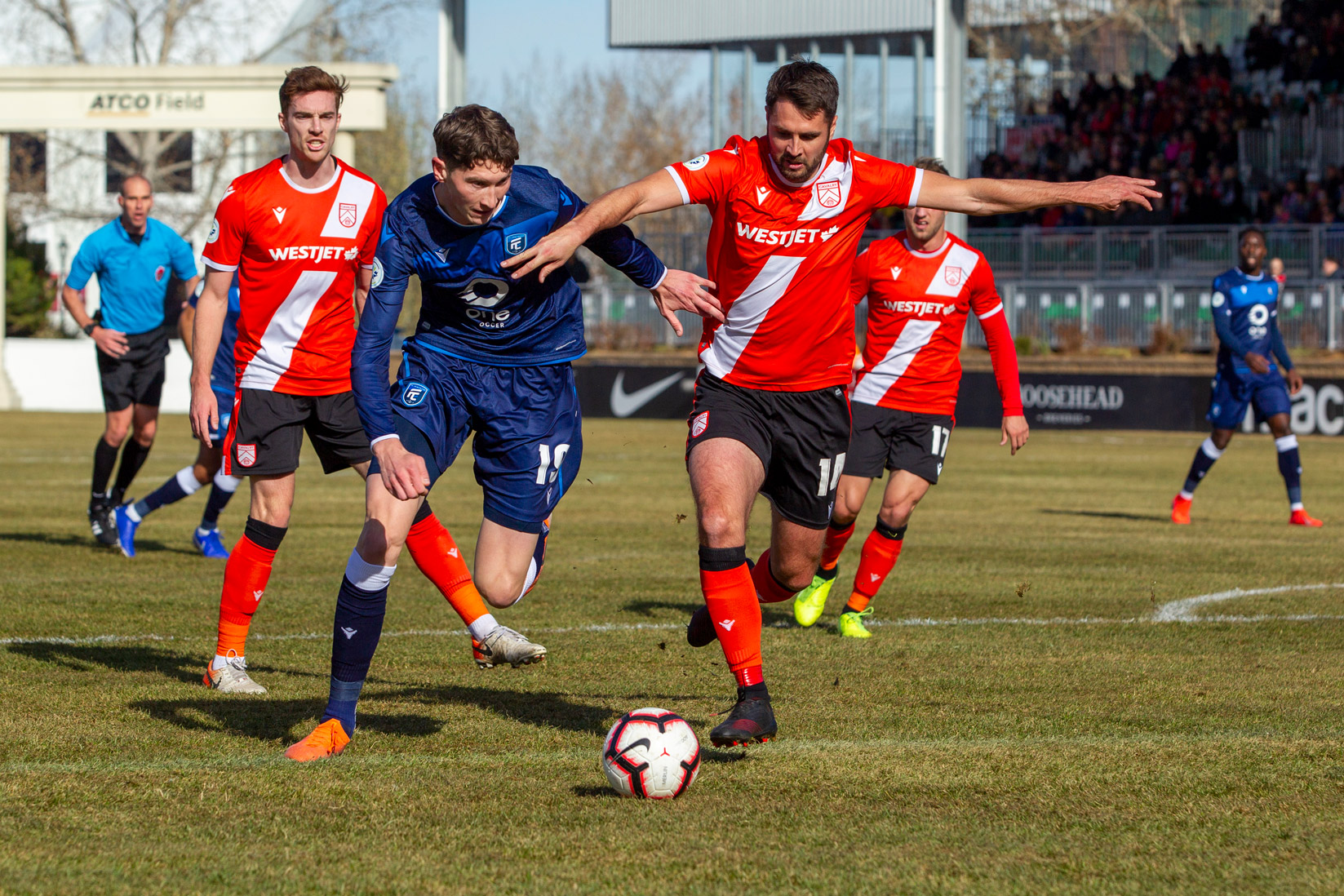 It was much closer this time than in the Spring, but Cavalry FC has secured another title. Their 3-1 home win over FC Edmonton on Saturday crowned them Fall winners, as they wrapped up their regular season with a bang at ATCO Field.

The match opened with a frantic pace, as the Cavs looked to reclaim first place and the Eddies sought a first victory against their Alberta rivals. Dominique Malonga had the best chance of the first half in just the second minute, as he found himself in space in the box but rattled a low shot off the goalpost.

The Eddies’ fervent start didn’t translate into much in the way of scoring chances, as the Cavs outshot them 10-8 in the opening frame. Still, both Tomi Ameobi and Oumar Diouck were left wanting more after being stymied on good chances deep in the Cavalry end.

With the match looking like it was slated to end scoreless, and the Fall title set to go the way of Forge FC, Cavalry’s attack found a second wind. Jose Escalante stopped a Nico Pasquotti cross at the end line and laid it off for Sergio Camargo, who finished spiritedly with the outside of his foot.

Jordan Brown made it two not long after, as (almost out of nowhere) he strolled into space at the top of the box and fired it off the crossbar and down. Although the referee wasn’t initially sure it had crossed the line, his assistant confirmed it as Brown celebrated.

Jose Escalante added the dagger, slotting a penalty in the 86th minute, but his goal will be most talked-about for his celebration, as he tore the corner flag out of the ground and rode it like a horse down the touchline.

FC Edmonton would have some consolation, as Easton Ongaro headed one in at the brink of the 90 minutes, but it was ultimately not to be for the Eddies against their Alberta rivals this year. Ongaro’s goal was their first against Cavalry this season.

This, the fifth installment of Al Classico in 2019, was the last in what’s been a hard-fought rivalry in both clubs’ inaugural seasons. Cavalry already clinched the Wildrose Cup with their 1-0 win earlier in September, but this victory is the icing on the cake as they finish the season with a 4-0-1 record.