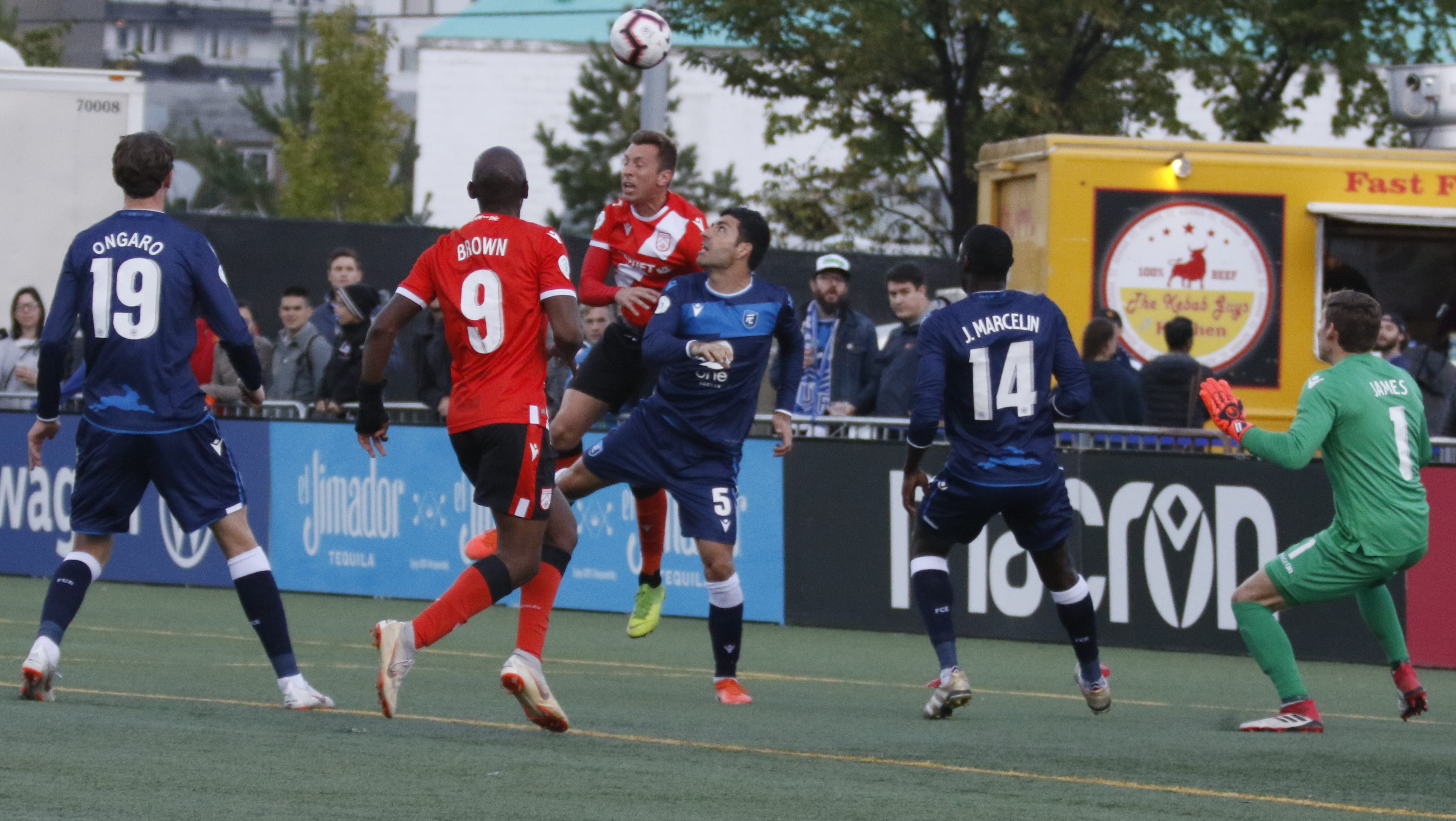 The result clinched the Al Classico season record for Cavalry, who are 3-0-1 against the Eddies in their inaugural campaign.

Cavalry’s lone goal came via the penalty spot in the 27th minute when Jose Escalante was taken down on the edge of the box by a sliding Amer Didic. Captain Nik Ledgerwood converted after goalkeeper Connor James was unable to parry.

A series of heavy tackles defined a first half that the Cavs had the better of, keeping the Eddies from recording a shot on target.

Physical play continued in the second frame as the Eddies found more space on the break. Striker Tomi Ameobi had the best chance of the game in the 70th minute when Edem Mortotsi played him in on goal. Ameobi struck the ball straight at Cavs ‘keeper Niko Giantsopoulos.

FC Edmonton’s fortunes would change soon after, however, when Jeannot Esua was given a red card for shoving a Cavs player after a whistle.

Giantsopoulos would save the match for the Cavs late, when a diving stop on a Diouck free-kick. James would follow up with his own big save in injury time after a one-on-one with Cavs forward Dom Malonga.

The next hurdle for both these teams will be Pacific FC. The Eddies will travel to Westhills Stadium to play the Van Isle club this Saturday (3:00 p.m. ET, 12:00 p.m. PT, on OneSoccer), while Cavalry will sit out until Sunday, September 22, when the Tridents visit them at Spruce Meadows (3:30 p.m. ET, 1:30 p.m. MT, on OneSoccer).

As the Eddies went to the long ball, Dominick Zator was there to clear, holding up a brick wall on the home side. He was an aerial threat in the box, too, recording a team-leading three key passes as a centreback.

Escalante was a thorn in FCE’s side, starting from that first-half penalty call, with tricky runs and solid delivery from the wing. He nearly scored a potential goal of the year candidate, too, firing a screamer off the crossbar early on.

Two massive saves from Cavalry’s ‘keeper on the night. One-on-one with Ameobi and a tricky free-kick, Giantsopoulos was big when called upon.