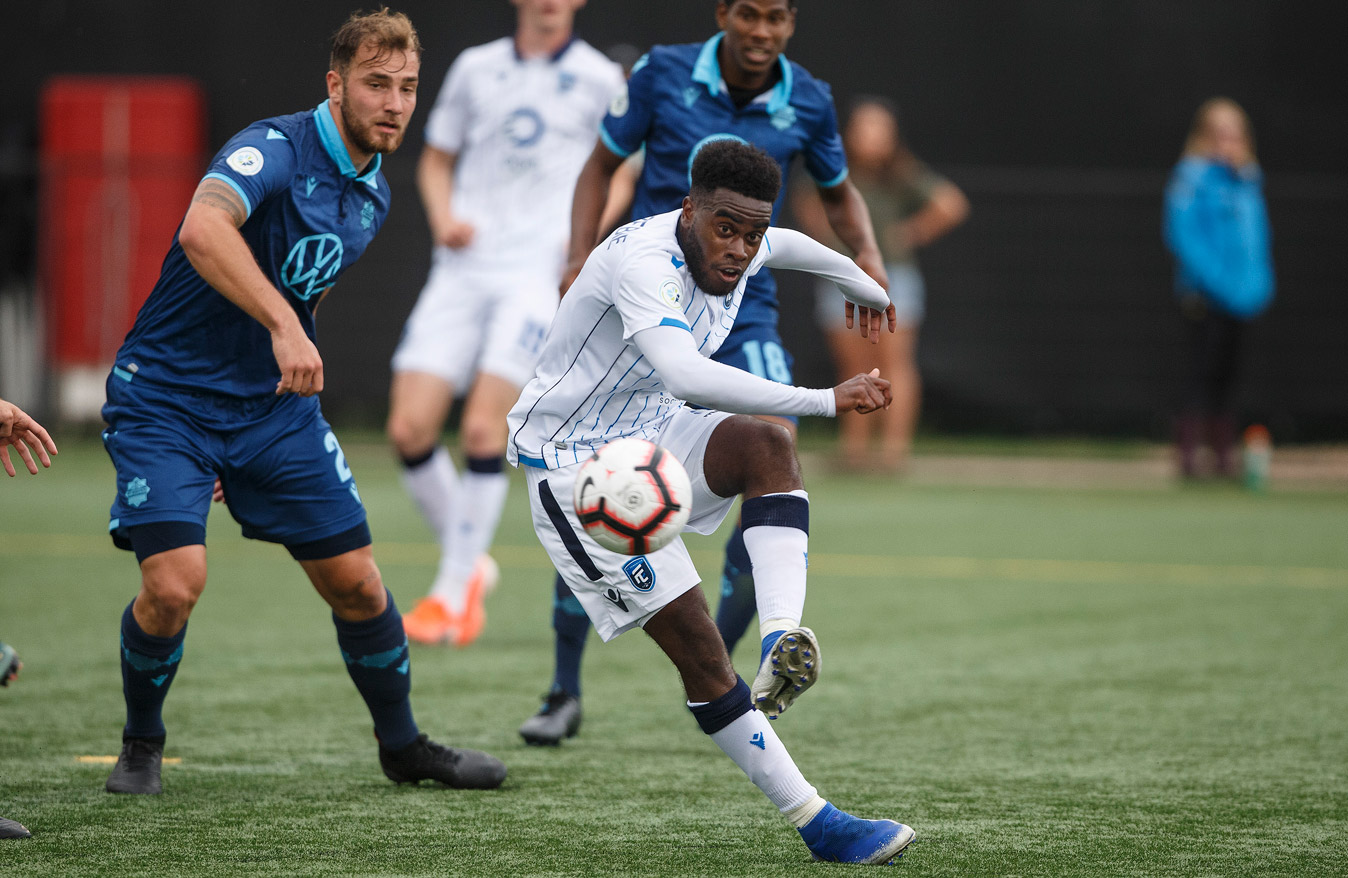 FC Edmonton kept pace in the Fall chase on Wednesday, taking down a road-weary HFX Wanderers side 2-0 at home for their eighth point through five league matches in the CPL’s fall season.

The opener came after 20 minutes when a one-hit Jeannot Esua cross found Easton Ongaro who sneaked home a header through two HFX defenders, slotting in his second goal in as many matches at Clarke Stadium.

A series of mad scrambles at HFX’s goalmouth highlighted the first half as the visitors were fruitless going forward, failing to record a shot on target in teh first 45 minutes.

FCE’s second would come moments into the second half when Tomi Ameobi was hauled down in the box by HFX defender Chrisnovic N’Sa. The Eddies skipper converted the penalty, giving the home side a dream start to the second half.

The Wanderers failed to create much and rarely threatened in the final third through the rest of the match – managing only four touches in FCE’s 25-yard box through 90 minutes – on route to their fourth league defeat in a row. FCE, meanwhile, grabbed their first win in four attempts.

The CPL-USPORTS Draft pick showed he deserved a spot in FCE’s starting lineup. A well-taken header in the first half kept the 6-foot-6 forward’s goalscoring streak going. There was some good connecting play, too, with Ongaro looking confident on the ball.

Ongaro’s strike partner converted his penalty confidently, smashing home a second and giving his side quite the second-half headstart. Ameobi, like, Ongaro, combined well with teammates in space, combining to create a one-touch, ping pong-like fluidity up top.

Whether it be one-touch passes into the box or study clearances, Didic was getting it done for the Eddies. A match-leading 57 passes and 89% passing percentage mixed particularly well with right fullback Jeannot Esua.