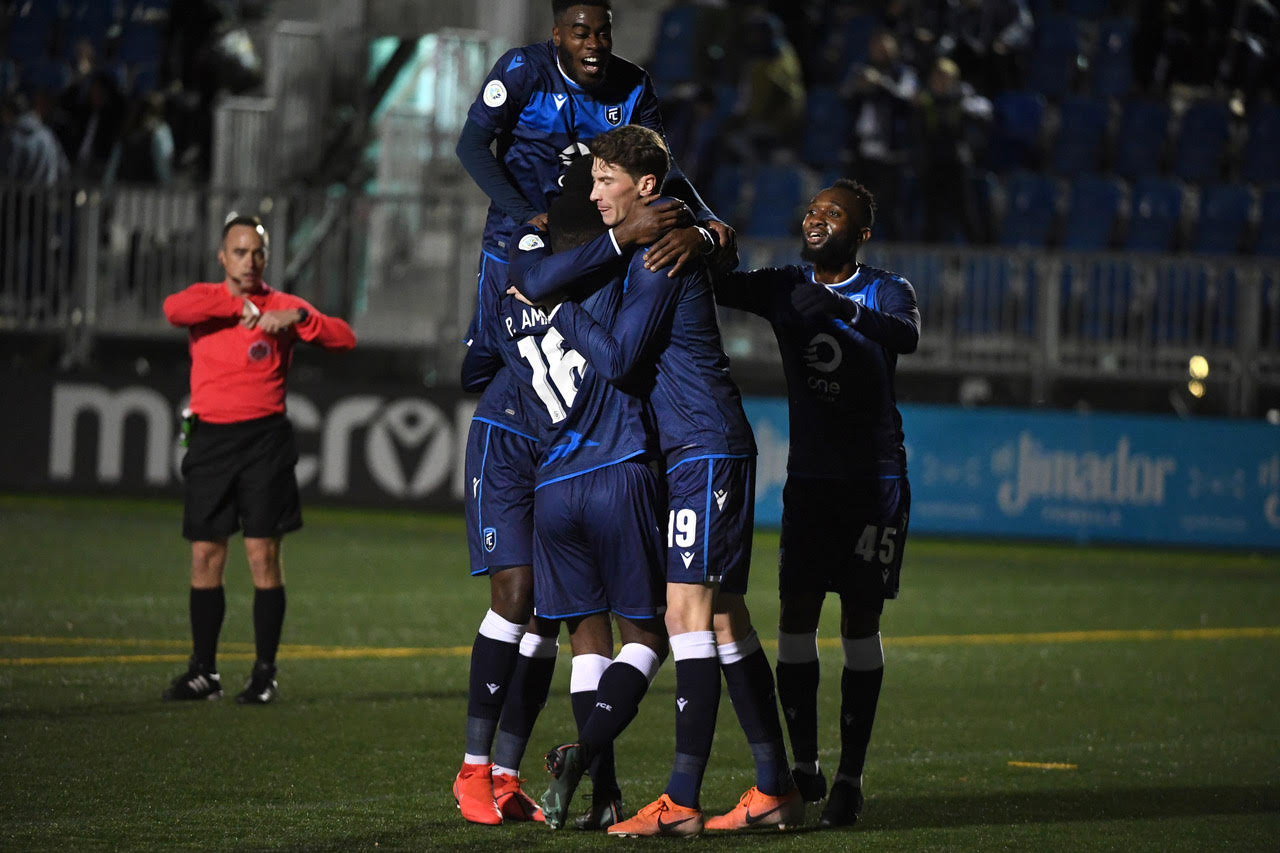 Prince Amanda, hero is he, prince of Edmonton.

FC Edmonton defeated Pacific FC to close out their home matches of the 2019 season at Clarke Field, picking up a 3-1 win courtesy of a goal and an assist by 18-year-old Amanda, as well as a brilliant volley by Mele Temguia.

Amanda got the party started with a peach of a first goal in Eddies blue, as he ran toward Blake Smith at the edge of the box. A fleet-footed cut to the right, then to the left opened a sight at goal, which Amanda struck with his left foot, beating Mark Village on his near side for a 1-0 lead just 20 minutes into the match.

Five minutes later, Amanda played provider, using that same back-and-forth sway to dribble his way through the Pacific FC backline, before setting up Easton Ongaro for his ninth goal of the season. Amanda nearly added a second to his tally, though his shot skirted past the wrong side of the post, while Oumar Diouck also had a great look at goal from a free-kick, which forced Village into a save on the line, despite being struck from well outside the box.

A three-on-one opportunity for the Eddies was also cleared off the line by a Pacific defender, further pinning the Tridents onto the ropes as the game wore on. But, a Ben Disk goal at the hour mark, struck delightfully to round out a charging run through the Edmonton backline, seemed to open the second half back up for Pacific, only for Temguia to knock home a sweet volley in the 79th minute off a series of crosses and passes initially stemming from a corner. It would be the final bit of action in this back-and-forth between two mid-table sides, as Edmonton bowed out of Clarke Field with a 3-1 win – their first victory ending a 10-match winless run.

The Eddies next travel to Calgary to take on Alberta rivals Cavalry FC in a match that will decide the Fall winner, as Cavalry needs a win to leapfrog Forge FC one final time in this last match day of action (Oct. 19 at 4:00 p.m. ET/2:00 p.m. MT, available on OneSoccer). Meanwhile, Pacific FC will call it a season at Westhills Stadium on the same day as they host Valour to close out the 2019 Canadian Premier League regular season campaign (6:30 p.m. ET/3:30 p.m. PT, available on OneSoccer).