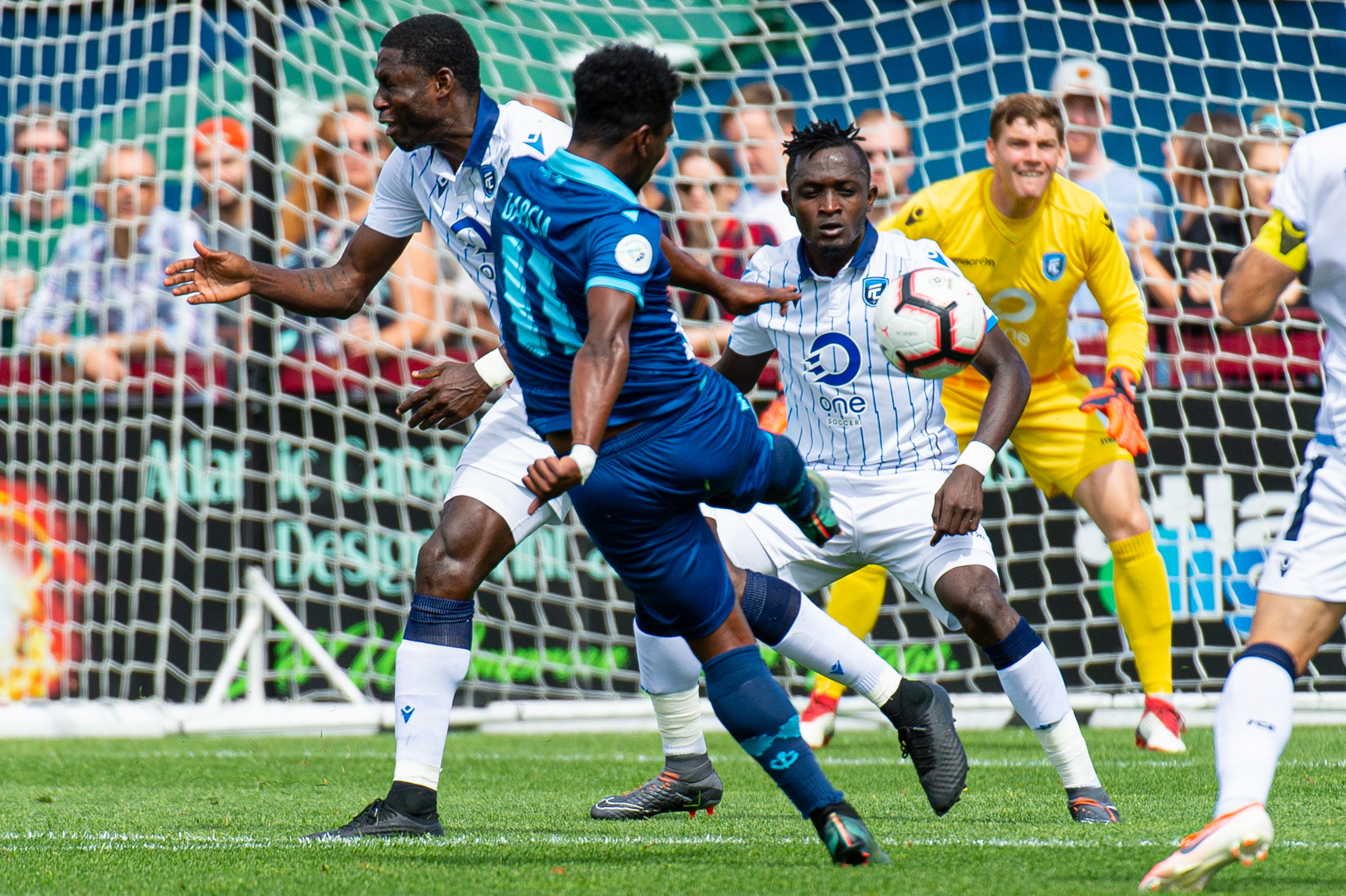 HFX Wanderers FC could not find a goal against FC Edmonton on Labour Day, with the two teams splitting points after a 0-0 affair at Wanderers Grounds compounded by a lack of clear opportunities, and a late penalty shout.

What looked to be an exciting start to the match quickly turned into an ineffective chess match, with an Akeem Garcia header off a set piece routine testing Connor James just before the half-time mark to provide the only real moment of danger in this particular encounter.

In fact, Edmonton registered just one shot over 94 minutes of play, coming just before the full time whistle by Oumar Diouck, who also picked up his fourth yellow card and will thus be suspended 14 days from today.

HFX manager Stephen Hart attempted to claw a result out of this deadlock with a trio of substitutes in one go, bringing Luis Alberto Perea, Zachary Sukunda, and Zela Langwa on to try and find a goal, and while the Wanderers out-shot the Eddies 15-1, all while registering seven corners to Edmonton’s 0.

A last-gasp tug by James on Garcia drew penalty shouts from the crowd in Halifax, but the referee was having none of it, leaving Hart and his opposite Jeff Paulus sharing little but a handshake at the final whistle.