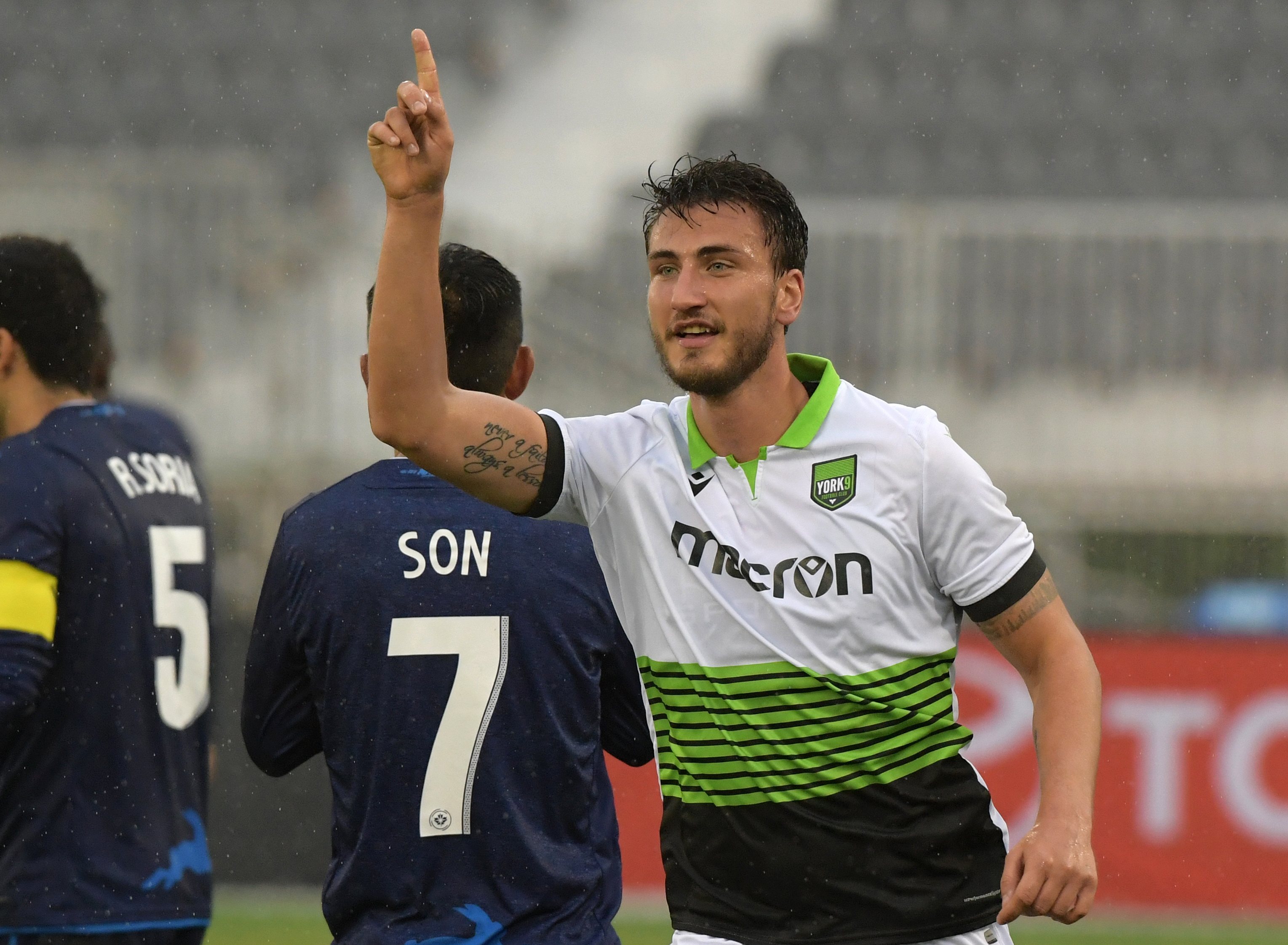 YORK REGION – FC Edmonton have their work cut out for them in Qualifying Round 2 of the Canadian Championship after York9 FC took Wednesday’s first leg at home, 3-1.

York9 FC took immediate control of the match at York Lions Stadium, playing on the front foot for most of the game. After a few toothless chances in the opening stages, they found a goal in the 28th minute as Luca Gasparotto sailed through the 18-yard box to get his head on a Ryan Telfer corner kick.

Rodrigo Gattas added to the tally just three minutes later with a similar headed goal from a corner, and Simon Adjei scored the third just six minutes after halftime — yet again, with an unmarked header from a corner.

The Eddies didn’t go out quietly, however. With some fresh legs on the pitch in James Marcelin and Tomi Ameobi, they found an attacking spark after York9’s third goal. FC Edmonton scraped an away goal in the 66th minute as the ball fell to Oumar Diouck deep inside the box, and the Belgian’s cool short-side finish put his side on the board.

Both sides had a couple looks in the final 20 minutes of the match, with FC Edmonton chasing another away marker. They came extremely close on several occasions, forcing goalkeeper Nathan Ingham into at least two game-saving stops. The Eddies also had a goal disallowed deep into stoppage time, with the referee spotting a foul in the box.

With no CPL games this weekend, both clubs will keep their attention turned to this tie. Leg 2 will go down next Wednesday at Edmonton’s Clarke Field (9:30 p.m. ET, 7:30 p.m. MT, on OneSoccer).