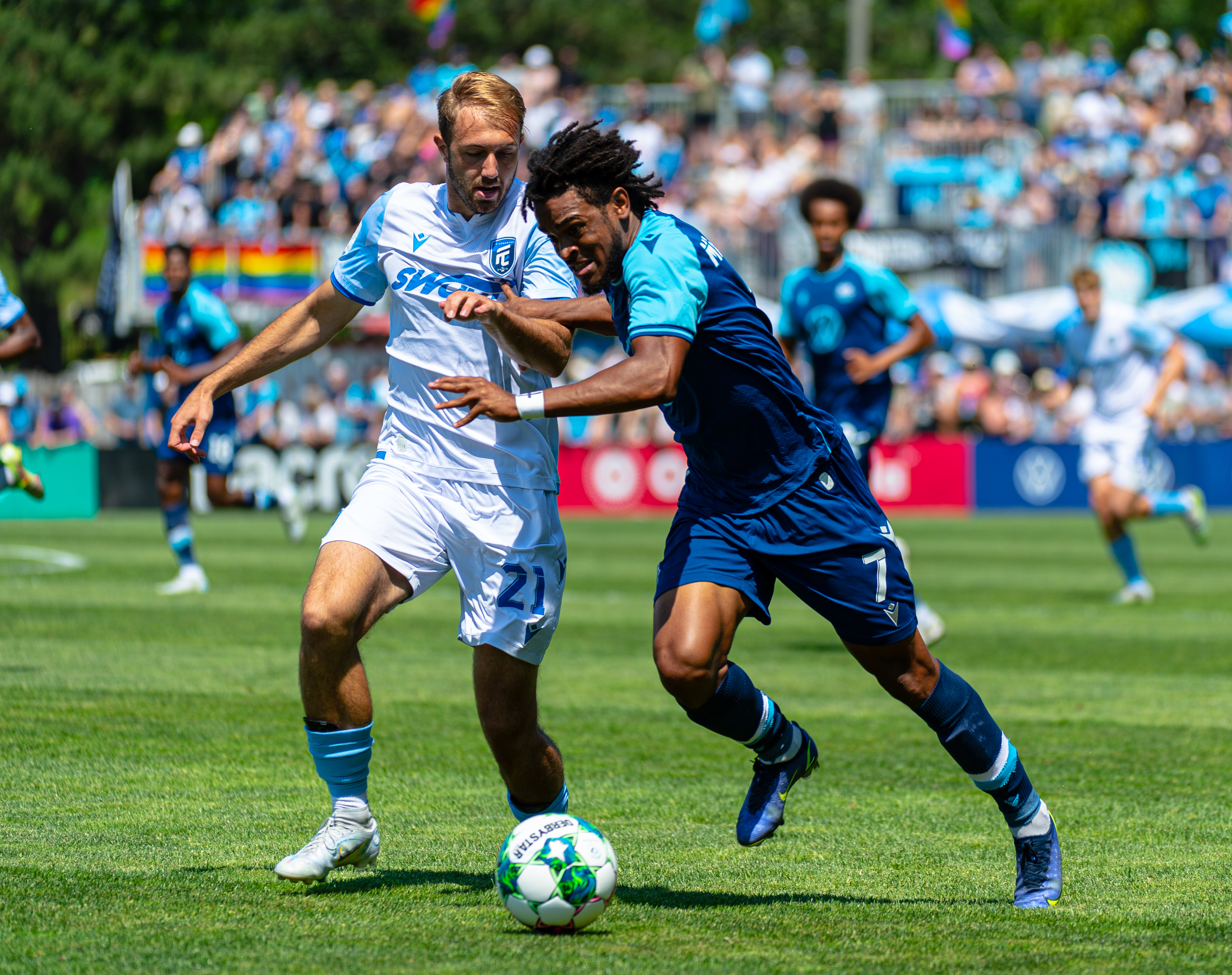 HFX Wanderers and FC Edmonton split the points at Wanderers Grounds on Saturday afternoon, drawing 1-1 on a pair of penalty goals.

Alex Marshall came close to giving the home side the lead in the tenth minute, although likely unintentionally. He lofted the ball into the box, likely looking for the head of Sam Salter, but misplaced his cross. It nearly ended up in the back of the net instead, just sailing past the top corner at the back post.

As was the case last time these sides met at Wanderers Grounds, it would be Edmonton who scored the opening goal, and again from the penalty spot. After Wesley Timoteo, who is on loan from the Wanderers, was brought down in the penalty area by Colin Gander, Tobias Warschewski stepped up and smashed the ball past Christian Oxner to make it 1-0.

Coincidentally, it was another German who gave Edmonton the lead from that same penalty spot in the previous meeting — the since-departed Julian Ulbricht — although HFX Wanderers would end up winning that one 3-1.

The Eddies take the lead 🐰

The Haligonians outshot the visitors in the first half, five to three, but were unable to turn any of their chances into goals. The main attacking unit of Marshall, Salter and Aidan Daniels were lacking cohesion, and many opportunities were squandered.

FC Edmonton had a few chances of their own, but the only one that hit the target in the opening half was the penalty from Warschewski, and the visitors took a one goal lead into the break.

Looking for an equalizer, HFX Wanderers head coach Stephen Hart handed a debut to new signing Lifumpa Mwandwe in the second half, and the English forward made an immediate impact. He danced around a couple of defenders and fired a shot at Vaikla, but had his effort stopped, with one of his first touches of the match.

A few minutes later he was brought down in the penalty area by Marcus Simmons, sending Sam Salter to the penalty spot. Salter slotted his penalty into the bottom left corner, tying the match at one goal apiece with about 15 minutes remaining.

That shifted momentum in HFX’s favour as a team that had been largely wasteful with their opportunities upped the tempo and started to play more on the front foot. With the final touch of the game, Peter Schaale headed the ball on target from a corner kick, but Andreas Vaikla made a diving stop to catch the ball and hold inches away from a dramatic late winner.

The match ended 1-1, and each team took a hard-earned point.