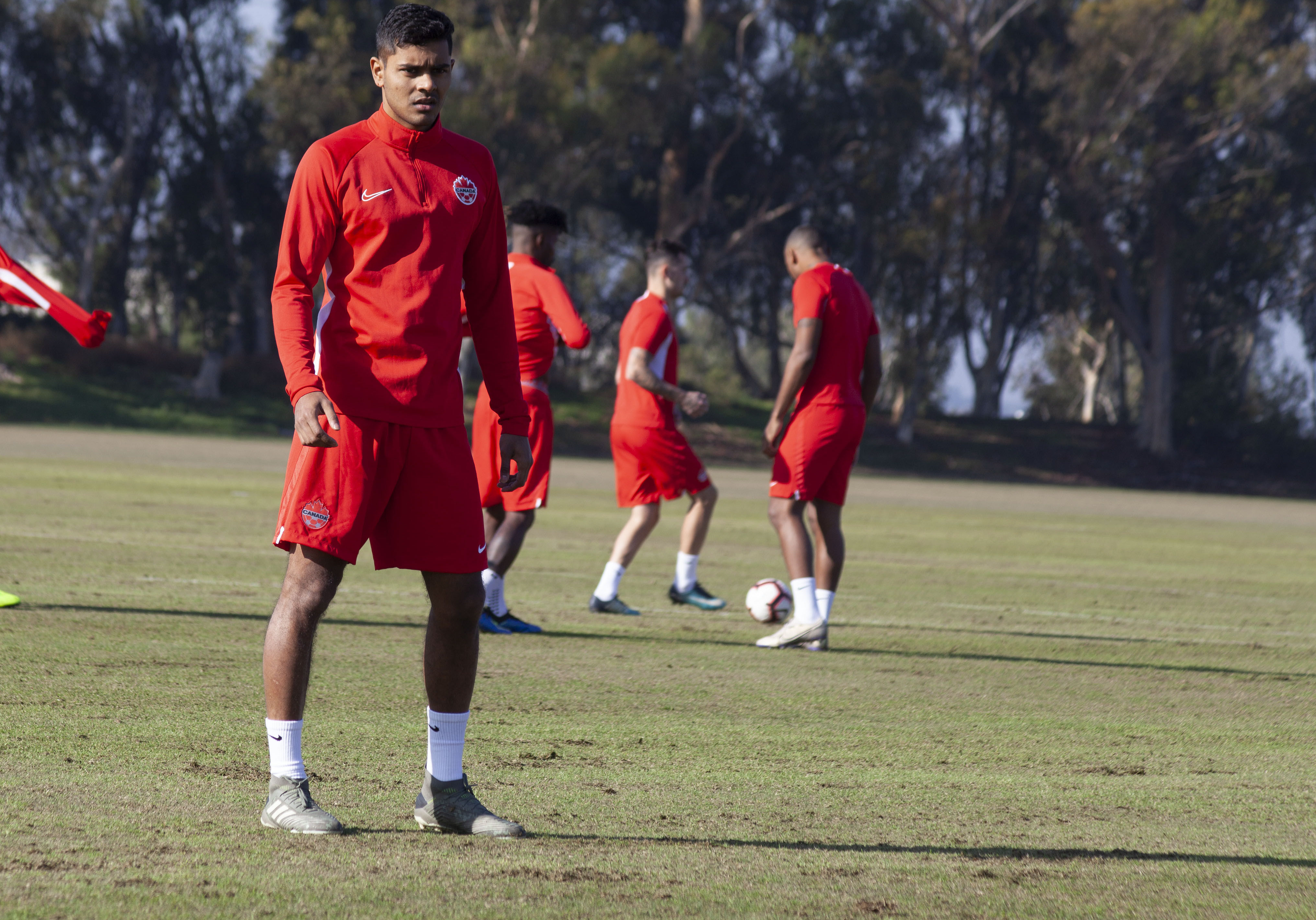 Signed by MLS side Montreal Impact in 2016, the Edmonton native was considered one of the most promising players developed by the Eddies, from his time cutting his teeth with the youth academy to playing for the senior team.

Now, at age 23, he’s returned to his hometown club as a marquee signing – perhaps FC Edmonton’s biggest addition during its time in the CPL – and could prove to be one of its best players in 2021.

The Canadian Premier League presents a different challenge for Shome, who made 52 appearances for Montreal as a respectable squad player, including 32 appearances in 2019 (tied for third-most at the club). He played in five of Montreal’s six matches on their run to winning the 2019 Voyageurs Cup, as well.

Multiple CPL clubs were interested in Shome who, unsurprisingly, landed with his hometown club where he made 26 appearances during the 2016 NASL season.

“Obviously Edmonton popped up right away when I got released by Montreal but I didn’t want to rush it – I’m coming into a very important age as a footballer and I wanted to make sure this was the right move,” Shome told CanPL.ca.

According to Shome, he is set to be utilized as a central midfielder by the Eddies, which is a departure from the various fullback, winger, and defensive midfield roles he occupied in Montreal, partially under the tutelage of Thierry Henry, one of the greatest strikers of all time.

“I’ve gotten minutes at the MLS level. But now I want to get minutes where the pressure is on me to be one of those leaders on the team to perform to help move the team forward,” Shome said.

“More than minutes at MLS level, but getting to that level of contributing goals and assists.”

Shome is currently recovering from a sports hernia sustained near the end of the MLS season and is expected to be fully fit in the coming weeks.

It was an unceremonious end to Shome’s promising 2020 season, which began with two caps for the Canadian senior national team last January in a pair of matches against Barbados. He was named to Canada’s provisional roster for the U-23 Olympic qualifying tournament last year before its cancellation, and he may be involved in the qualification campaign this year.

The injury ended his tenure under Henry early, too, with his 2021 option declined soon after. Still, there was a lot to learn from Henry, something Shome outlined in a OneSoccer Hangout this April.

“It becomes simple over time – if the ball’s on the left, and I’m an attacking midfielder on the right, it’s as easy as ‘don’t get drawn to the ball, hang in that space’ because if you trust the team to the ball quick enough, you have the space to dis-balance the backline,” Shome explained.

“Thierry was also good about preaching more time on the ball. In the past, as soon as I got the ball I’d fire off a pass in the half-space and on a half-turn… but it became ‘why not drive at a defender and bring a defender out’ and earn more passing options.

“Every pass you make in a game he wants to be meaningful, if not keep it. I think about that a lot.”

Shome is set to rejoin several teammates from the FC Edmonton Academy and the University of Alberta, a school he attended in 2015 before opting to play professionally with the Eddies. FCE standouts Easton Ongaro and Connor James are also played at UB and stand as some of the best products to come out of the CPL-U SPORTS Draft, which will enter its third incarnation this month.

“The more paths there are, the better,” Shome said. “They are starting to take advantage of those opportunities and making it work. Look at Joel [Waterman, former CPL-U SPORTS Draft pick and Impact defender], he took advantage of it and now he’s playing MLS and getting a first-call to the national team.”

As for his schooling, Shome said his engineering career has been put on hold for now after earning his degree at Concordia University last year: “I want to have a big role with Edmonton so that’s my focus. But it’s in the back of my mind. Once I get settled, who knows?”

For now, Shome is enjoying some much-needed time off. During his time at Concordia, the midfielder was handling both full-time schooling and MLS football. This culminated in June 2019 when Shome played all 90 minutes on the road at Atlanta United on a Saturday night with an exam scheduled for Sunday at 9 a.m. back in Montreal.

“For one, I was studying on the plane back in the morning – trying to cram since I was focused on the match before, of course,” Shome said.

“We landed at 8:15 am and the school was 40 minutes away so I booked it there, still in my Impact gear, just strolled right in,” Shome said with a chuckle.

“Believe it or not, I didn’t do well on the exam.”