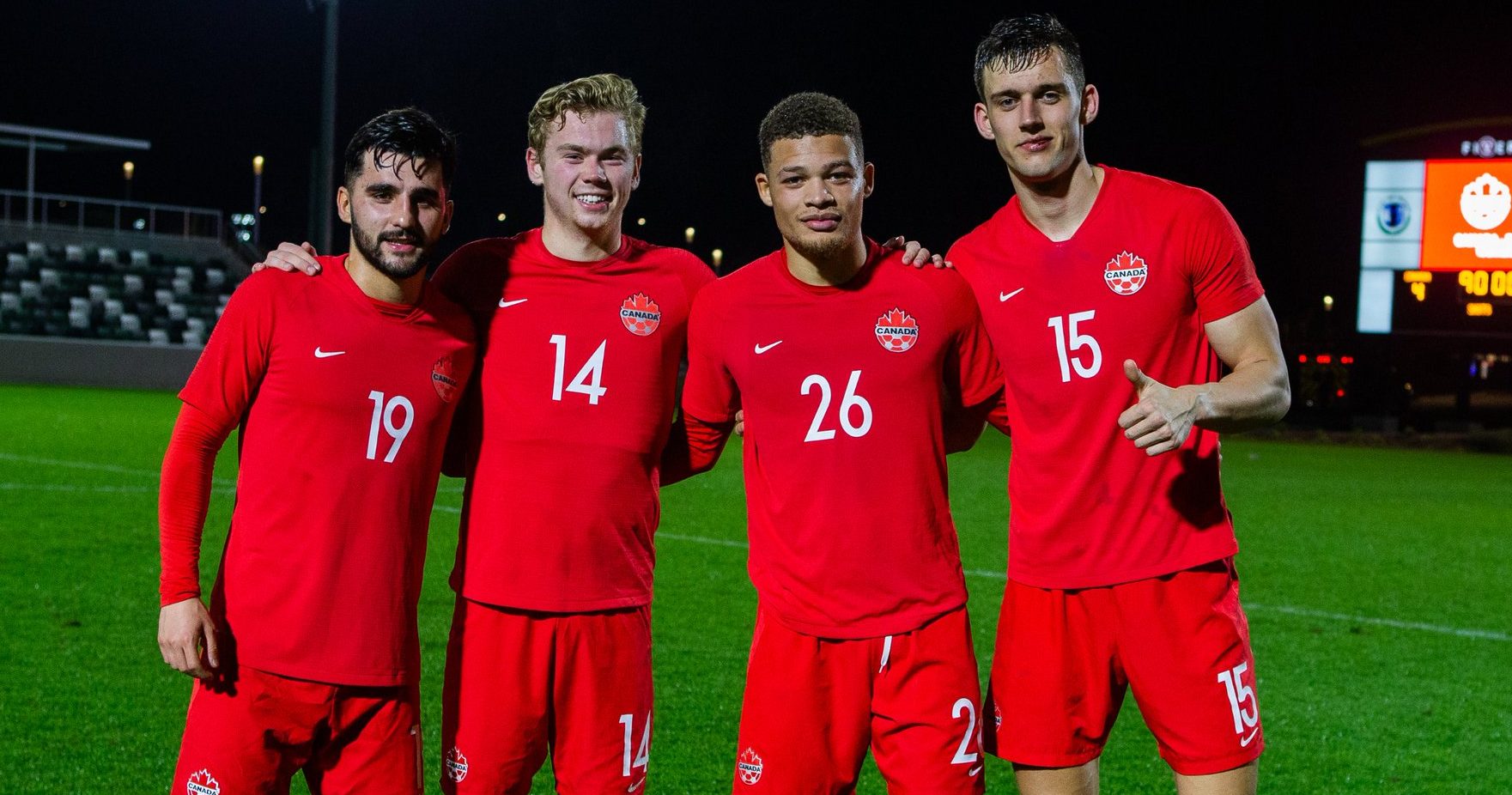 Tristan Borges and Amer Didic enjoyed a taste of international football earlier this month, suiting up and becoming the first CPL players to feature for the Canadian men’s national team during friendlies against Barbados and Iceland.

Canada assistant coach Steven Caldwell was left more than impressed with the duo, as he told co-host Kristian Jack on their show, The KJ & Caldwell Podcast.

Caldwell, former captain of Toronto FC and a familiar face on TSN broadcasts over the last few years, has been working alongside John Herdman and Mauro Biello as an assistant in the Canadian national team, helping manage many new faces who are getting their first look at this international level, including Forge FC’s standout star Borges, former FC Edmonton stalwart Didic, and Cavalry FC goalkeeper Marco Carducci.

All three were called into the latest camp, and while it was only Didic and Borges who saw minutes, Caldwell had nothing but kind words to say for all of the young talent in the squad.

“Borges was really good,” Caldwell said on the podcast. “It was his first camp, so it’s difficult to come into that environment and to try to learn the way that we want to play. There’s a lot of information and there’s a very specific style and different fluidity to how we want the system to work, so it’s always hard for a new player, but I thought he took to it really well. At the start of the week, he was a little bit quiet.

“He was obviously finding his way, and then he started to become himself and show the abilities that he has as a player.”

While Borges featured as a second-half substitute, Didic managed to earn a starting role against both Barbados and Iceland, and found the back of the net against the Caribbean side, becoming the first CPL-er to score for Canada, as such.

Caldwell was equally fond of Didic’s performances, and expects even more from the 25-year-old centre-back, who is currently training with Marc Dos Santos’ Vancouver Whitecaps in the hopes of a reunion with his former coach from Swope Park Rangers.

“It was easier for Amer Didic, because he had been with us in the last two camps as well, October and November, but he was very good,” Caldwell noted. “I was very impressed with him. He’s a very focused young man. He’s had a little taste of MLS, and was playing in Edmonton with the CPL, but really good. We gave him his chance in that second game against Barbados. We felt that he warranted another start against Iceland where I thought he was terrific. I’m looking forward to seeing how his career develops.

He continued, referring to the dozen young call-ups to this latest camp: “They come to us, they get a chance, they see the way we want to play, and John (Herdman’s) speech at the end, I thought, was really poignant: ‘You now go back to your clubs and it’s up to you to take it on, to get in that first team, to drive your career forward, because it’s the only way to get back into the national team, with your performances for your clubs.’

“But those two (CPL) guys especially, we gave them a taste and said, okay, now keep it up. Get in your first team. Push your career along, because we’ll be there. We’ll be watching. And we’ll be bringing you back in. It was a great camp.”

“Seeing players like Tristan – actually, we have a few CPL players on the team, which is great for this country and that league – but to see players make the national team and being a part of things is huge. It’s only going to grow our game and give players in the (CPL) motivation that it is possible to gain the respect and the eye of the national team coach and having that trust to bring them in,” Osorio said.