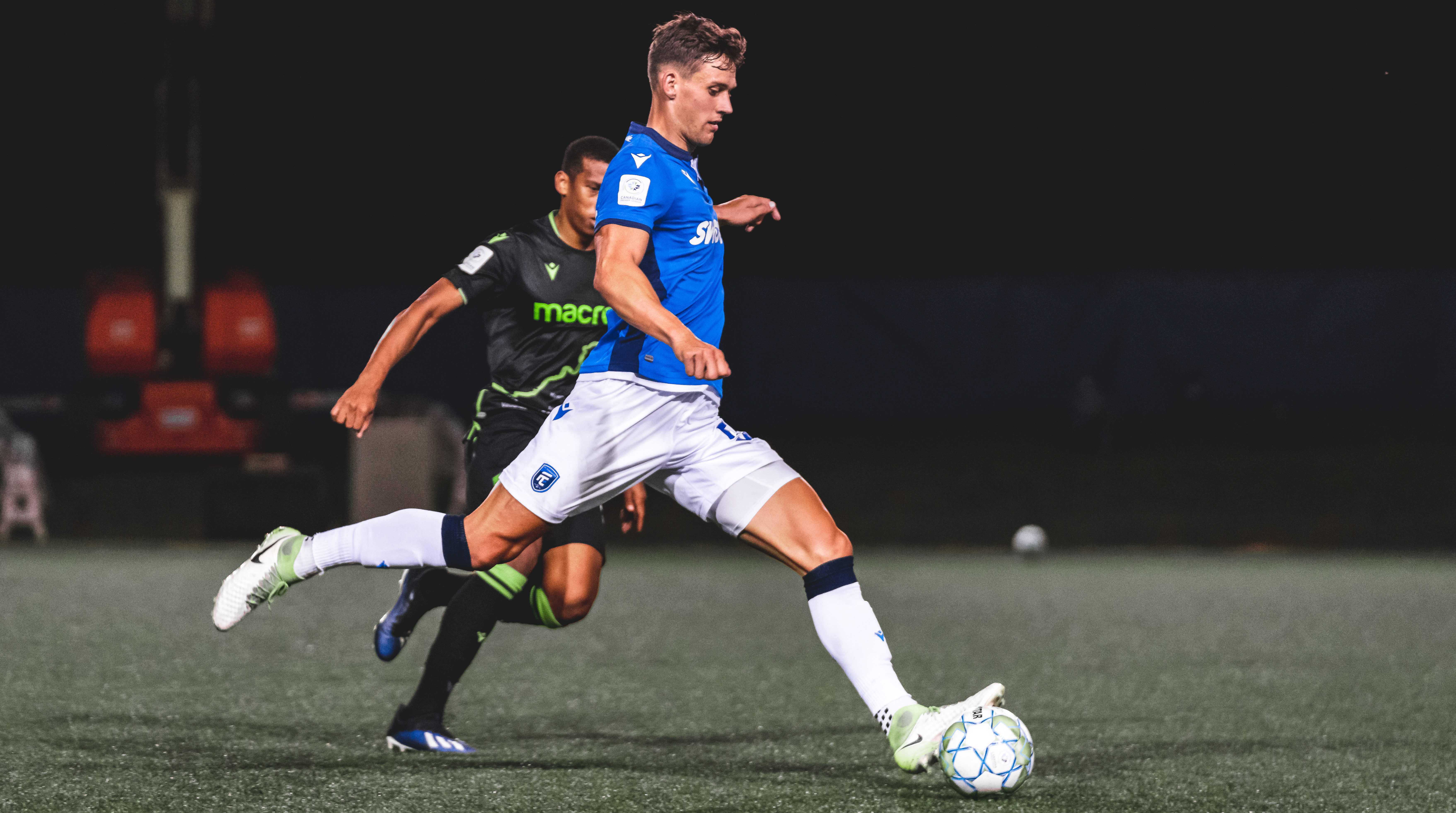 To be honest, this was a less-than-ideal calendar year for Amer Didić– even with COVID-19 stoppages factored in – but there’s something about the FC Edmonton defender that keeps catching the eye of the power brokers in Canadian soccer.

The Edmonton-raised central defender was called up into the current Canadian men’s team training camp presented by Allstate late last week and is set to return to coach John Herdman’s set-up in a crucial 2021 season.

Didić joins his Canadian teammates in Bradenton, Florida for a camp that runs until January 24. It will serve as preparation for the team’s 2022 World Cup qualifying campaign which kicks off this year. Canada is scheduled to host Bermuda on March 25 and then travel to face the Cayman Islands on March 28.

So let’s walk it back: Why does Amer Didić deserve another opportunity with the Canadian men’s team over other centre-backs?

Despite Didic having only two caps to his credit, the one thing he has always had going for him compared to many of Canada’s up-and-coming centre-backs is an experience in national team camps, starting with a pair of them for friendlies in late 2017. Didic’s inclusion in a heavily-rotated camp last January, where he earned his first cap and scored his first goal, only solidified that. Herdman clearly prefers Didić to other centre-back candidates in his player pool, as pointed out on the CanPL.ca Virtual Newsroom this week.

Didić has the familiarity with the program that Herdman is attempting to create in this January camp, which could give debuts to dozen-or-so players including former Cavalry FC defender Joel Waterman (now with Club de Foot Montreal).

To judge his defensive ability, it’s worth revisiting Didić’s 2019 CPL campaign, considering The Island Games were a write-off due to his injury woes.

Didić finished second among CPL defenders in defensive touches, clearances, and aerial duel success rate (76 per cent) and third in blocks (18) – an incredible level of consistency across several key skills needed to be a solid defender. What’s more, Didić spent much of the 2019 and 2020 seasons on an Eddies side that struggled – putting more of an emphasis on his defending and showed an ability to lead under pressure.

While Edmonton was fragile in defence at The Island Games, they were particularly impressive in pass completion and ball movement with Didić leading the charge when he was on the pitch.

Over half of his completed passes came in the defensive third (65) as he proved paramount to retaining possession for a team that was starving for it, connecting more pressured passes (17.64) and line-breaking passes (4.59) per 90 minutes than any other CPL defender in PEI. Oh, yeah, did we mention he’s comfortable with both feet?

Could Canada use another threat on set pieces? Of course they could.

Didić led the CPL in set-piece chances (14) in 2019, making him one of the best Canadians available to Herdman in a much-needed category. Canada has few players of Didić’s stature (six-foot-five, 190 pounds) in their top-level player pool. It’s a useful trait to have, especially considering his lone goal for Les Rouges, the first by a CPLer, came from a corner.