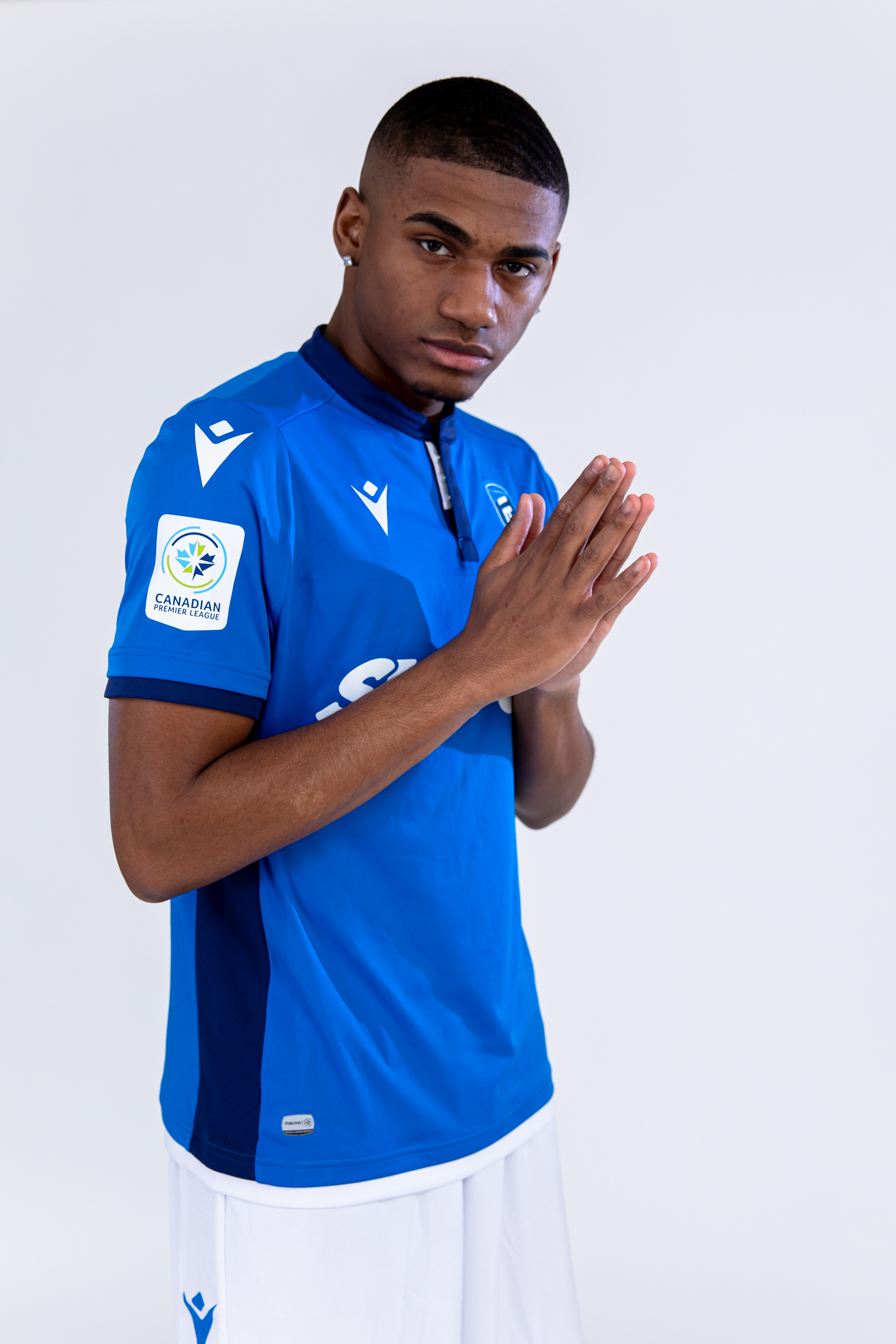 Get To Know Thursdays: Chance Carter
May 28, 2020
by
Peter Williams (@PeteYEG)
news

There’s no place like home, especially when that home can offer you your first professional soccer contract.

Chance Carter made his way back to Edmonton this off-season after spending the last two years in the Vancouver Whitecaps FC residency program – his time west highlighted by two preseason call ups with the big club. The 18-year-old is no stranger to FC Edmonton either, having spent time in the club’s youth academy prior to his time with the Whitecaps.

Coach Paulus describes the 5’10” midfielder as having a rare breed of power, dribbling ability, and defending. While also mentioning that Carter has an impressive left foot and can launch an attack from deep positions on the pitch.

This marks the fourth submission of our weekly Get To Know Thursdays series. You can read last week’s edition on midfielder Antony Caceres here.

Cinho. That’s what everyone calls me. It was U12 and our coaches asked us to pick a nickname and everybody wanted ‘Dinho’ and then I just put a little twist on it. My initials are both ‘C’ so I just put ‘Cinho.’

WHAT’S YOUR NUMBER AND WHY DO YOU WEAR IT?:

My first choice is always six because one of my most recent favourite players was Pogba and he was six. It’s also the number of my position on the field so I’ve always liked the number six. That’s my first choice.

Music. I always do a prayer before kickoff too. I always try to carb load the day before the game or in the morning. I get a bagel or a lot of bread, something heavy in carbs.

Manchester City. When I was younger nobody in my house really watched soccer so when I turned on the TV Manchester City was winning everything so I just stuck to them.

WHAT’S THE MOST MEMORABLE MOMENT OF YOUR SOCCER CAREER SO FAR?

Getting called to preseason with the Whitecaps two times in a row and then playing against LAFC. I got to vs Carlos Vela, Diego Rossi, and all them. That’s when I knew I was able to make it somewhere if I just kept working hard.

JOB OTHER THAN SOCCER PLAYER?:

I would be a dentist. That’s what I’m doing in school right now, that’s what I’m trying to study. I’m at MacEwan right now just to get my Bachelor of Science and then transfer over to the UofA. I just thought if I’m not doing soccer what else am I interested in. At first it was physiotherapy because it’s around the sport and you get to be on the sidelines but then I started leaning more towards dentistry.

IF YOU COULD HAVE DINNER WITH ANYONE, DEAD OR ALIVE, WHO WOULD IT BE?:

I think Yaya Touré. He just seems quiet and laid back so I’d want to get some answers out of him. He doesn’t seem like he talks about much to people so I want to be the one to get his secrets.

HOW DO YOU SPEND YOUR OFF DAYS?:

If I’m not too sore from training or a game I’ll go to the field with some of my guys just for a fun little kick around. Or we like to go out to eat at restaurants so some of the guys on the team go out and eat, little stuff like that. Cactus Club’s really good.

Money Heist, I just finished the last season. There’s so many plot twists and the professor is so smart, he’s just on his toes and never gets caught. He always has a plan, that’s what I like.

I just enjoy anything horror really. I used to hate them but now they’re just like the only ones I can find interesting. I enjoyed Hereditary. Action and comedy is just boring to me.

Wendy’s. The baconator for sure. I also like Fuzzy Peaches, every time I’m at 7/11 I grab a pack of those.