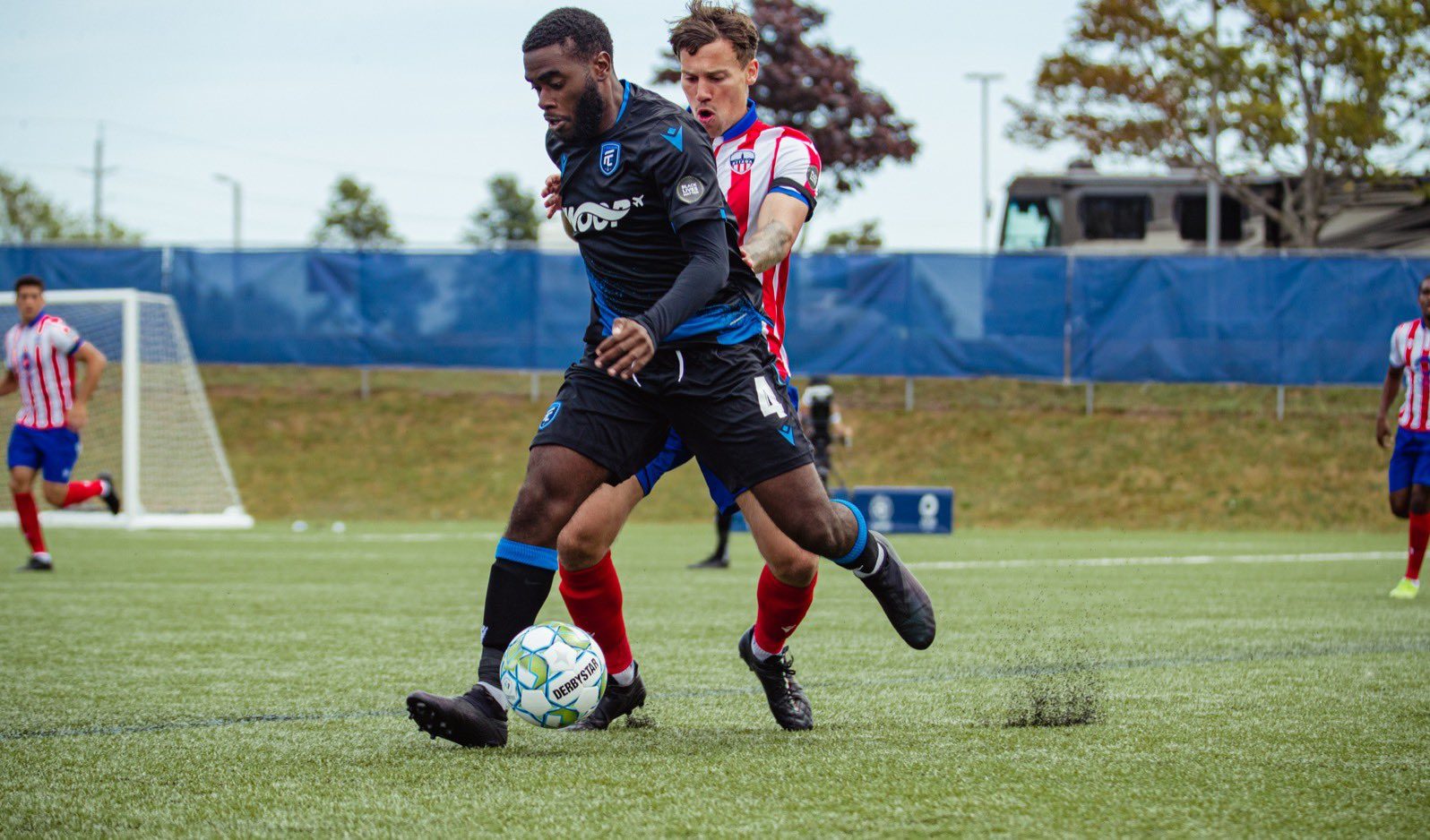 FC Edmonton’s 2021 squad continued to take shape on Tuesday, with the club announcing that veteran Allan Zebie will be returning for the upcoming season.

Zebie, a 27-year-old Canadian born in Paris, France, has been part of the Eddies organization since joining the academy in 2012.

He’s played for FCE’s senior team since 2015, spending three years with the club in its NASL days and then remaining in the Alberta capital after the Eddies joined the Canadian Premier League in 2019. In fact, Zebie was the club’s first signing in the CPL era (alongside Randy Edwini-Bonsu).

In FC Edmonton’s time in the CPL, Zebie has played 28 times, starting the club’s first five games at The Island Games in 2020 before suffering an injury.

Having spent parts of his childhood in France and Montreal, Zebie came to Edmonton with his family (including younger brother Bruno, himself a former Eddie who played most recently for Cavalry FC) at age 15. The two brothers played together at FCE in 2019, becoming the first pair to do so in the CPL.

“Allan has proven that he can be a successful member of the team both in the NASL and CPL,” Edmonton coach Alan Koch said in a media release.

“I look forward to seeing his progression as we move forward as a club with our preparations for the 2021 season. His positional versatility, selflessness and commitment to the team will be a major part of the culture that we install in our new group this coming season.”

Zebie is naturally a central midfielder, although he’s played a number of games with the Eddies at left fullback, and he can slot into several different positions across the midfield and defence.

“I am delighted to be back for another season,” Zebie said. “It makes me proud to represent my hometown again, and I am looking forward to working hard, and helping to right the wrongs that the team made in 2020.”

FC Edmonton now has 15 players signed for 2021, with Zebie becoming the 10th player returning from the 2020 squad. The club, under new GM Eric Newendorp and coach Alan Koch, has so far supplemented the returning class with newcomers (or, in some cases, familiar faces to FCE fans) such as Shamit Shome, Fraser Aird, and Kyle Porter.